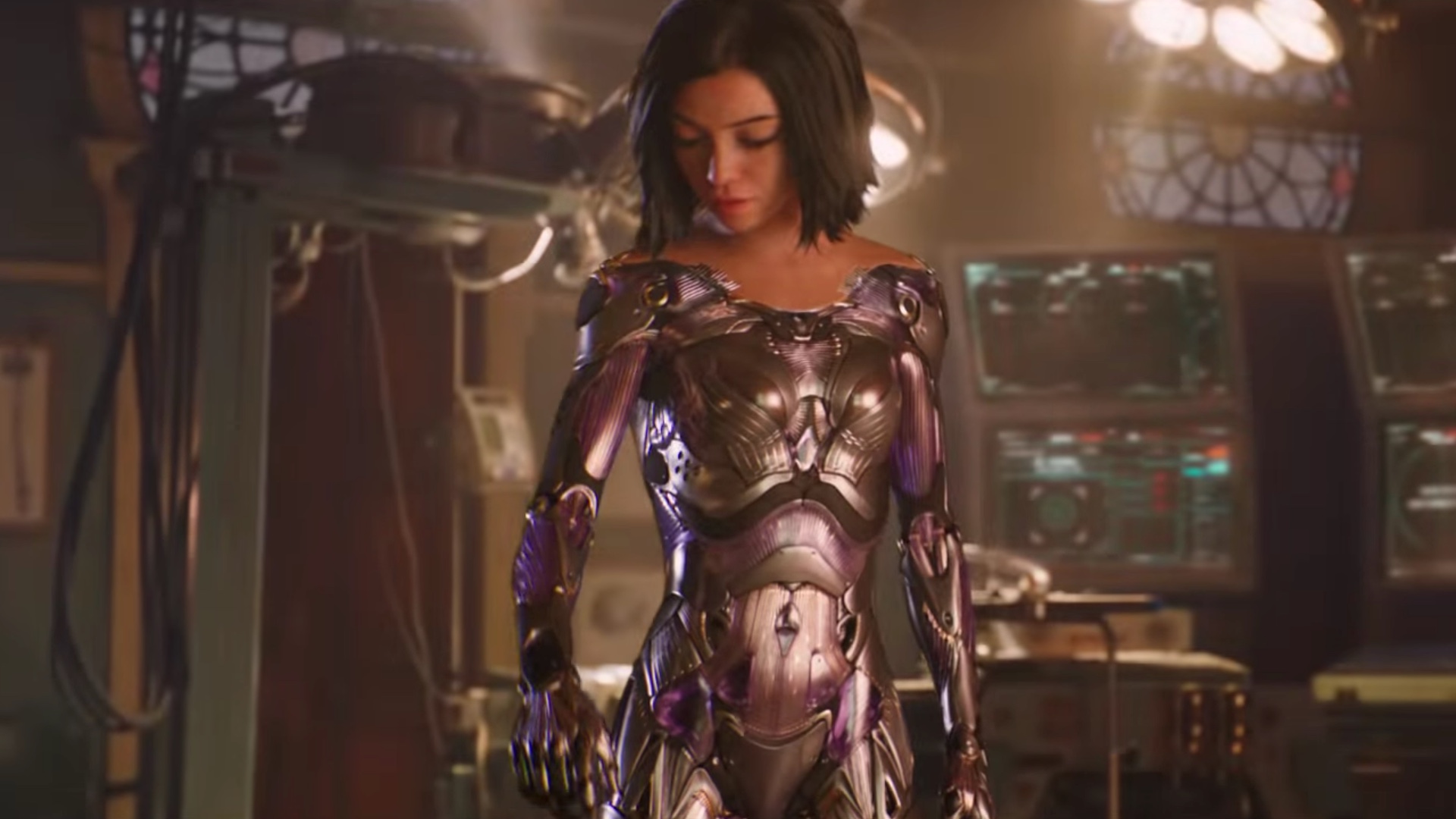 You can have the most cynical, braindead, waste of space movie hitting the big screen, and yet it may still win your heart. Why? Because “effort” is always the undervalued advantage hiding behind loud, dumb movies. And the opposite is also true. A film that should work on paper—great cast, writing, visual styles, etc.—can crash and burn if it doesn’t contain the appropriate amount of effort behind the proceedings.

That’s where we’re at with Alita: Battle Angel, a manga-inspired CGI action epic that should be dismissed and forgotten out of hand based on its laundry list of apparent shortcomings, but it manages to eke out a justifiable existence due to its surprisingly high quality of craft when it comes to action, spectacle, and capacity for character investment.

When we first meet Alita (Rosa Salazar), she’s no “Battle Angel” yet, but instead a fallen one. Her discarded cyborg body is discovered by Doctor Ido (Christoph Waltz) in a dump from an idyllic city hovering over the “lower class” society, where Alita goes on to learn more about the world because her mind is blank (yes, it’s that amnesia trope). All she knows is that she has an instinctive knack for violence and can defend herself against this world’s many threats, which she uses to force her way to some answers surrounding her origin.

Where Alita stumbles is in its rushed characterizations. Entire arcs are condensed into short scenes over a short period of time, so when Alita deals with high-stakes moments between some of these side characters (notably Hugo, played by Keean Johnson, but also Jennifer Connelly and Mahershala Ali who are wasted as would-be antagonists), the bold decisions and expressions of this crucial lead feel out of place at best and misogynistic at worst.

There’s a lot of setting up for “the real threat” and “the real movie” in a way that will turn off some viewers hoping for a more pure, standalone experience. But the joys of this film mostly survive because director Robert Rodriguez and his creative team made sure to fill their glorified prologue with thrilling moments and drastic set pieces that bleed out central characters while preserving the ones who were more interesting, anyway.

This is the bare minimum we should expect from a screenplay co-written by James Cameron, who is known for building dialogue and emotional growth around the action scenes and visual expressions. This is why the success of Avatar hinged more on its groundbreaking use of technology instead of its overly familiar, paper-thin story.

In a similar way, Alita is a CGI character who is written to be an outsider, someone who isn’t fully “human,” even to these characters. Her exaggerated design manages to forego any uncanny valley expectations because she’s written to be out of place. It’s a clever trick that will likely soothe some of the concerns people like me had with the early trailers. It’s a bit alarming how quickly you get used to Alita being an accepted presence in this heightened, onscreen world, where everyone sees her just as we do.

Even if we don’t get a sequel due to low interest and/or a disappointing box office take, it’s fair to say Alita: Battle Angel will last as a guilty pleasure adaptation for a swath of action lovers who may not have even heard of the source material but are enchanted by Salazar’s committed, all-out performance. For everyone else, it will likely be a curious footnote in the filmography of Rodriguez and Cameron.