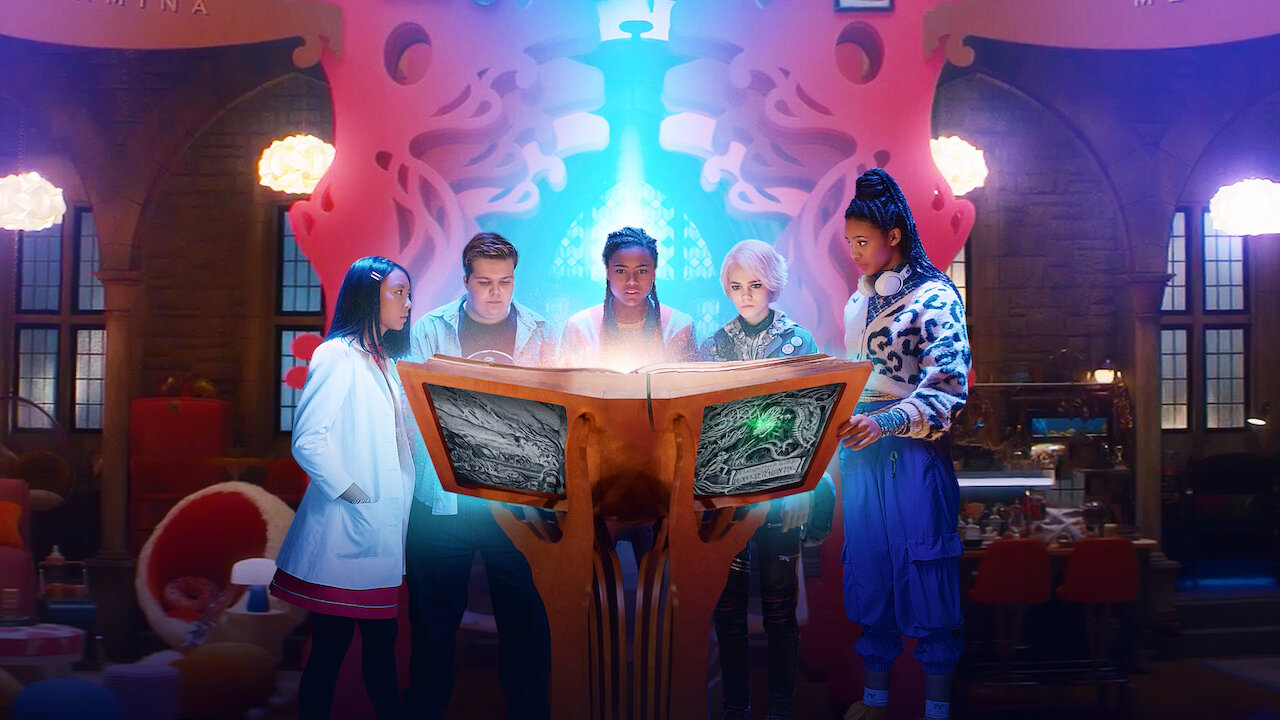 Netflix seems to have an obsession with babysitters. 2017’s The Babysitter just got a sequel, The Babysitter: Killer Queen, and Netflix recently rebooted The Baby-Sitters Club to much acclaim. The latest in the lineup is a Halloween flick: A Babysitter’s Guide to Monster Hunting.

Babysitter’s Guide, directed by Rachel Talalay (Freddy’s Dead: The Final Nightmare),  is based on a three-part book of the same name, written and adapted for the screen by Joe Ballarini. The movie takes place in Rhode Island where teen Kelly is a math whiz and social pariah, dubbed “Monster Girl” by her peers who still mock her for claiming to be have been attacked by a monster at age five. On Halloween night, Kelly learns monsters are, in fact, very real when Jacob, the boy she is babysitting, is kidnapped by the boogeyman himself. Kelly is joined by an underground society of monster-hunting babysitters to rescue Jacob and stop the boogeyman from releasing his army of nightmares on the world.

Tamara Smart (Artemis Fowl) and Oona Laurence lead the story as Kelly and Liz Lerue, VP of the Rhode Island chapter of the Order of the Babysitters. They give commendable performances but have little character development. It’s Tom Felton (Harry Potter) who steals the show as The Grand Guignol. As the Babysitters explain, the Grand Guignol is not just the boogeyman; he’s one of seven Boogey People. “Like a monster mafia,” they tell Kelly. Felton is channeling major Beetlejuice energy (with a dash of David Bowie in Labyrinth) into his performance, but unfortunately spends most of the movie waiting for Jacob to fall asleep so he can steal his nightmares.

It seems to be an ongoing issue with Babysitter’s Guide; fun characters limited by their script. Indya Moore as Peggy Drood, a villainous cat lady, and Tamsen McDonough as Jacob’s “Ice Queen” mother both look fabulous in their fantastical costumes but have little to do. Of the Babysitters themselves, only Liz has much to work with; Ty Consiglio does his best to bring the humor as Curtis, the Order’s weapons/potions man. And then there are the toadies.

Toadies are CGI-heavy monsters reminiscent of the Mucinex man who snatch up kids and do the Grand Guignol’s bidding. They’re not as funny as minions, nor are they particularly threatening as we quickly learn they’re easily distracted by shiny things like tinsel. They mostly function to conveniently lure Kelly and Liz to a house party with Kelly’s high school crush, a side plot that mostly leaves the story feeling over-stuffed.

The film is at its best and most bizarre when we first enter the Order of the Babysitters’ underground hideout. There we learn how babysitters have been hunting monsters and protecting children for thousands of years in chapters around the world. The teens spout off of a strange list of fictional and historic figures who were all in the Order, including Cleopatra, Merlin, Florence Nightingale, and Rosa Park. There’s also a montage of Curtis calling other chapters around the world, and we see babysitters in Buenos Aires, Mumbai, and Japan — all standing in front of colorful backgrounds reflecting their cultures. (Reductive or charming? Jury’s still out.)

The whiz kids and their array of gadgets, weapons, and potions reminded me of Spy Kids, and while Babysitter’s Guide has the same sense of adventure and quirky villain, it lacks the humor and heart. No doubt kids will be entertained by Babysitter’s Guide, but their endearment will likely fade shortly after the Halloween season. I’d put A Babysitter’s Guide to Monster Hunting in the same category as a Disney Channel original movie: 98 minutes, rated PG, spooky-not-scary, fun but not particularly memorable. There are no big laughs or big scares in this one. If we get a sequel, as the ending hints, here’s hoping for something with more substance (and less Toadies).