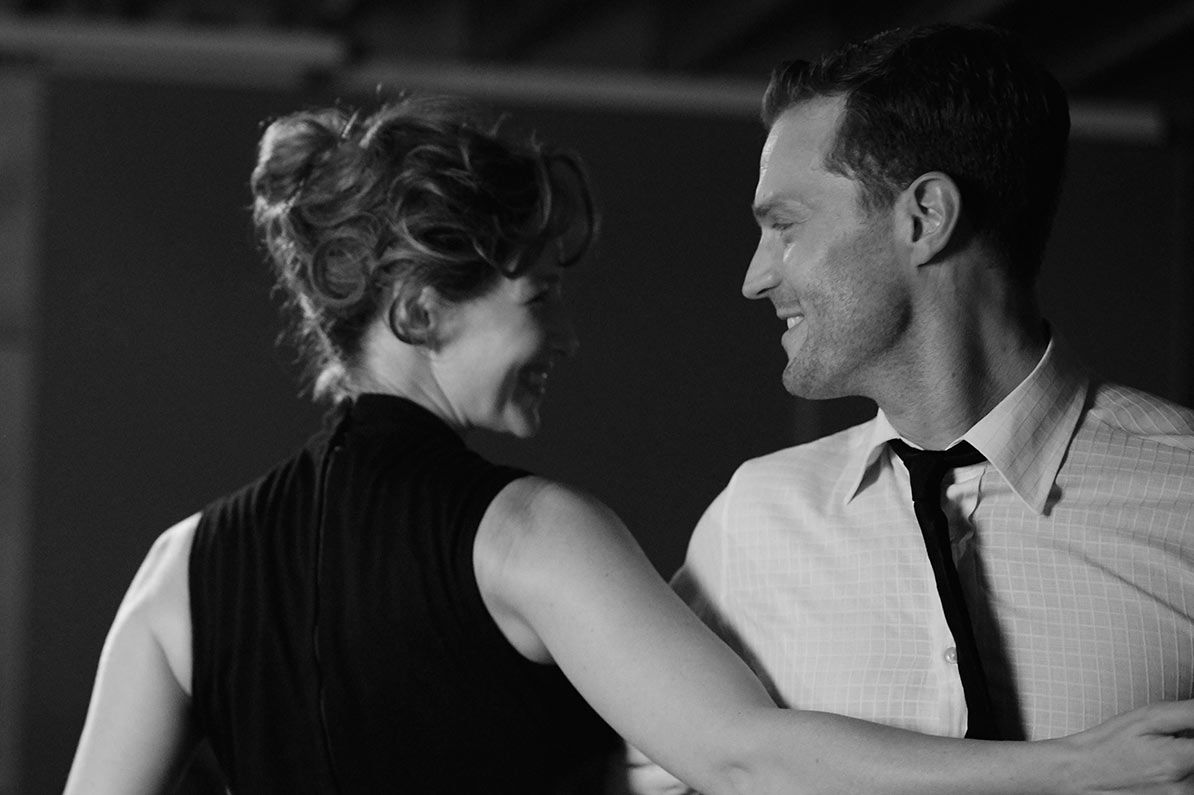 By Jon NegroniNovember 7, 2021No Comments

The following is an edited transcript of the video above. It’s been shortened and adjusted for clarity.

Belfast is a tremendously personal film from Kenneth Branagh, who used to reliably make awards-worthy Shakespeare adaptations such as Henry V, Much Ado About Nothing, Hamlet, and plenty more. In the last decade, he’s been sort of a blockbuster-director-for-hire, taking on drastically different films ranging from the first Thor movie to Disney’s live-action remake of Cinderella, as well as the snooze-worthy Murder on the Orient Express and his previous film, the abysmal Artemis Fowl. With Belfast, Branagh triumphantly returns as the sharp, joyful filmmaker who used to make films for him, not the studio.

The film takes place in 1969 Belfast, Ireland. And though it is presented in black and white, the atmosphere and performances couldn’t be more lively and colorful. We mainly follow a young boy named Buddy, played quite confidently by newcomer Jude Hill, who is apparently an amalgamation of childhood experiences between Branagh, who grew up there, and others he knew from the neighborhood. Belfast begins by showing us the tight-nit, community-oriented environment Branagh fondly remembers, where everyone knows each other’s name and it’s like a village in the sense that the neighbors are helping to look out for all the kids, as society used to be before we all became distant, walled-off citizens who don’t know much about the person next door.

Similar to Last Night in Soho, Branagh quickly breaks the nostalgic facade of his own movie, at least for a few early scenes, in order to bring light to the Belfast riots, in which Catholics and Protestants were at war with one another over who could live peacefully in each neighborhood. This is a real-life event I had actually never heard of, but the film captures the spirit of what was going quite competently, while always filtering it thorough the young, confused perspective of Buddy.

We see him struggling to wrap his head around how imperfect Belfast is, despite his keen love for these people, a whole cast of charming characters who include his schoolyard crush, in which he amusingly tries to boost his grades for the chance to get assigned a seat next to her based on how the teacher groups students by their aptitude. And there’s also Buddy’s grandparents, who steal the heart of this movie right from under your seat. Ciarán Hinds plays Buddy’s gregarious grandfather, always working on some leather saddle and offering sage advice about girls and getting on with other kids. And Judi Dench, Dame Judi Dench, plays his endlessly quippy grandmother, who you can tell is the only person his grandfather can even attempt to match wits with.

But the real standouts here are Buddy’s parents, who easily qualify as lead actors in this semi-ensemble piece. Caitríona Balfe plays his determined, impacting mother, in that she is clearly flawed because she’s a human being, but her desperation comes from how deeply she loves her two sons and will move heaven and earth to do right by them, even if that means hiding Buddy from the rent collector so they can have enough money for Christmas gifts. She often trades heady barbs with Buddy’s father, played by Jamie Dornan, who spends chunks of the film away from the family trying to set up a new life elsewhere, far from the chaotic uncertainty of Belfast, and that’s where you can really feel where Branagh is coming from with this immigrant story that isn’t really about immigrants.

He wants you to feel empathy not just for the people who leave their place of origin in search of a better life, but also the people who stay and the ones we lose along the way. Yes, it’s in black and white, and it’s often bleak enough to match, but the film’s true surprises are in its bombastic, energetic, patchwork asides. It’s funny all the way through, there’s a heart-pounding song number that plucks heartstrings almost as well as John Carney’s Sing Street, and the real pleasure here is in how you grow to love Belfast almost as much as this young boy does, and Branagh, too, by extension.

A nice extra touch to that effect is in how Buddy adores going to see films—not so subtle, there—and these are among the only few times we see any color in the film, as if to emphasize how mind-opening films can be for a child when experiencing them in a theater, as Buddy also watches westerns at home, but of course those are still in black and white.

The film is full of seemingly unnecessary tricks of creativity like that, where setting such a lovely film in black and white means you can save the pop color moments for when something truly imaginative is happening onscreen. But that also marks one of the film’s shortcomings, which is to say that it all does feel a little slight and seemingly unnecessary. All the technicals are purely enjoyable, especially Van Morrison’s music, which is also tremendously personal considering Morrison’s own native connection to Belfast. It’s the equivalent of seeing a group of friends put on a fascinating show about a time and place most people don’t know about or have been quick to forget.

You can certainly appreciate their enthusiasm and get lost in the joy of it, yourself, but the problem is that you might also get a little lost in a bad way. Because the script really does meander quite a bit, though you can tell it’s an intentional decision. Because on the plus side, you do get a more realistic, well-rounded picture of what life is like as a child, any child, where there’s more than just one major life event happening at once, and fascinations switch back and forth at random because life is such.

Still, a more pronounced, through-line narrative might have pushed this to next level for me, particularly when the script throws out great lines out of context like when Hinds tells Buddy that “if they can’t understand you,” in reference to people of a different accent he may encounter outside of Ireland, “then they’re not listening.” And it’s a great line, and it has muscle on its own, but it could’ve been even stronger if more of the film had been building up to these nuggets of Chicken Soup wisdom.

Still, Belfast is a thoroughly satisfying time at the cinema, it’s only a brisk 97 minutes, and the individual pieces of brilliance, disconnected as they can be at times, are worth discovering if you want to feel like a kid again, or feel like a different kind of kid altogether.

Belfast opens in US and UK theaters on November 12 through Focus Features and Universal.