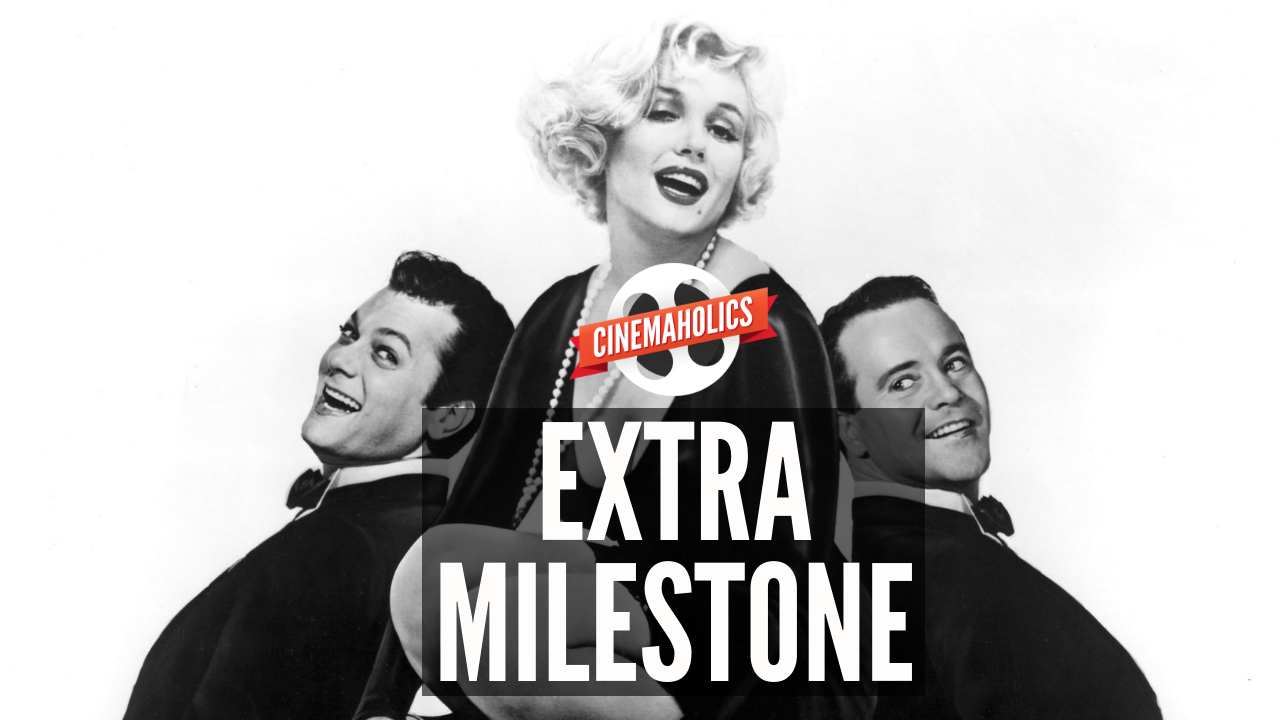 This month for our Extra Milestone series, we’re discussing the classic Billy Wilder comedy Some Like It Hot, celebrating 60 years since its release on March 29,1959. Joining us is Sam Noland, our Movie of the Week columnist. In this discussion, we cover the background and legacy of the film, which stars Marilyn Monroe, Jack Lemmon, and Tony Curtis. Afterward, we dive into the plot of the film with clips and our own double entendres.

Tune in next month (April) for our next Extra Milestone: Seven Samurai (1954), which celebrates its 65th anniversary. We’ll be releasing that episode early for all of our Patreon supporters, so become a patron to get access to this and other perks!

Our intro music in this episode was composed by Howard Jackson and Louis Silvers. It’s from the opening scene of It Happened One Night, the first film we covered in this bonus series.