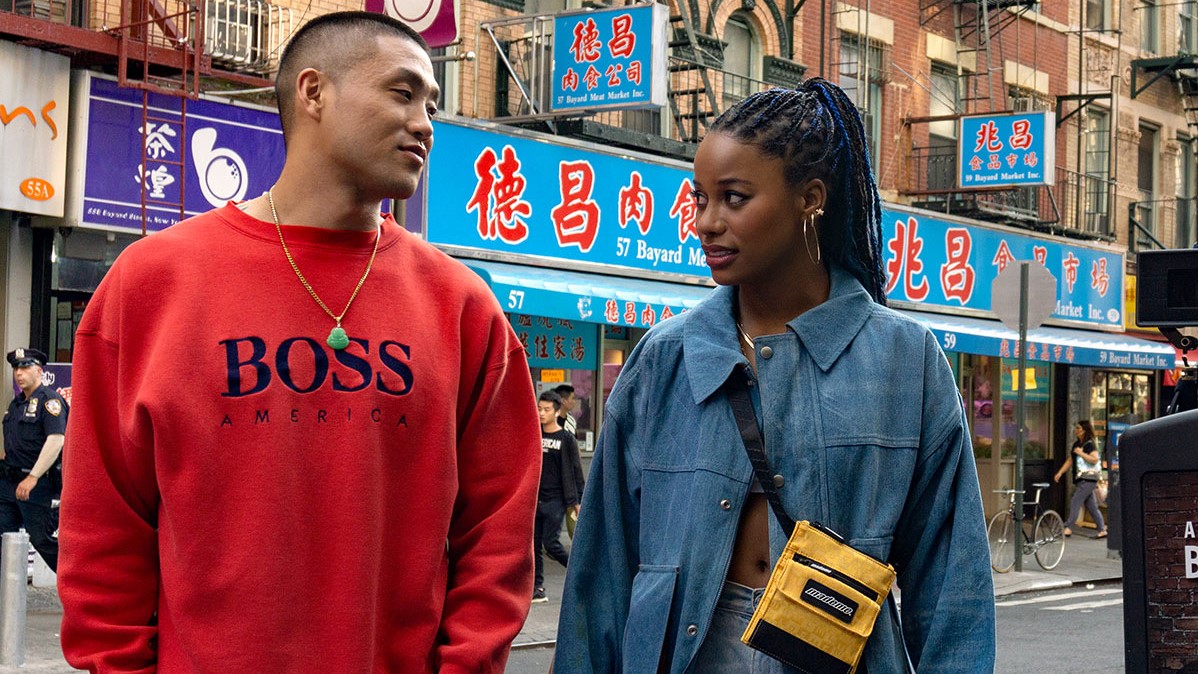 It’s not often we get a memoirist’s perspective on film. There are plenty of instances where directors write autobiographies, certainly. And there are plenty of novelists who’ve made the leap into screenwriting and directing. But it’s pretty rare for an author known for his best-selling life story to make the jump behind-the-camera. Of course, Eddie Huang hasn’t lived an ordinary life. The Fresh Off the Boat writer is an attorney, producer, television host, food personality, chef, and restaurateur, complete with his own gua bao eatery in Lower Manhattan, which gives you a glimpse into his wide-ranging skill set. This is a guy who really knows how to expand his reach.

Unquestionably, Eddie Huang has lived a fascinating life, and Boogie, his semi-autobiographical first feature, has caught notice for that reason, among many others. Here is a man who has had a lot of life experience, someone who has a variety of talents and perspectives that can provide some fascinating insights from a cinematic perspective.

While Huang displays confidence — albeit fleeting — in some key moments in this coming-of-age New York City story, his inexperience as a director hinders him. What should be a fresh, engaging, if somewhat familiar slice-of-life story gets bogged down by a screenplay that exceeds its grasp and direction that doesn’t know how to match its own ambition. The result is a busy, frustrating film that could and should be better than it ultimately is, though it also carries enough thematic depth and personal insight to not make it worth dismissing in full.

In what is both a screenwriting and directorial debut for Huang, Boogie follows our title character, Alfred “Boogie” Chin (Taylor Takahashi), an 18-year-old star athlete who can’t keep his temper down. He has what it takes to impress on the court, and alongside his father (a dependable supporting talent, Perry Yung), Boogie dreams of becoming one of the first major Asian-American basketball players. Alas, it’s not that simple. His hot temper often gets the better of him, throwing him out of several games and preventing him from earning the trust of local and national scholarships.

His overbearing mother (Pamelyn Chee) keeps demanding he secure a scholarship, while his manager Melvin (Mike Moh), often referred to as “Uncle,” sees Boogie’s career transitioning outside of the country. But in the midst of finding his future, Boogie is caught up in a burgeoning relationship with his fellow classmate, Eleanor (Taylour Paige), a smart student who often calls out his tough talk. As Boogie continues to stumble into his adult years, he’ll need to make a number of tough decisions, and he might not like what’s up ahead.

While Boogie favors a traditional coming-of-age story format, often in a meta way with copious references to The Catcher in the Rye, Eddie Huang’s personal touches provide the realism that can be lost in a screenplay that too often conforms to conventions. A keen desire to explore race and racial expectations are what often make this movie stand out and thrive, allowing this bustling, first-time filmmaker to find his own voice in a genre that typically favors familiar tropes and half-hearted emotional beats.

There’s no faulting Huang’s eagerness as a filmmaker, but he gets so caught up in his ideas that he loses track of the ball. Boogie is a movie where nearly every scene feels ahead of the director, as though he can’t keep up with all the expectations he’s loaded onto himself. It’s a curious flaw for a first-time filmmaker who has thrived on subverting expectations and proving himself in a variety of different fields. While Huang doesn’t fail as a director — particularly as he captures a vibrant community and sense of place while also having a sharp eye for casting — he never fully reaches the heights of his potential, which is what makes this movie a constant disappointment.

When Boogie calms itself down to actually focus on its characters and explore their own individual perspectives, it’s apparent that Huang has a distinctive voice and a motivating desire to tell a close-to-life story that’s raw, individual, and unique. Unfortunately, some clunky dialogue, exposition dumps, and a lack of confidence in these characters prevents him from fully realizing his strengths as an emerging storyteller, resulting in a script that promises more than it delivers and direction that overworks itself to the point of undervaluing its strengths.

Much like our main character, his cockiness keeps him from achieving a slam dunk, while his inability to connect with his players prevents him from becoming the most efficient storyteller he can be. There’s a lot to champion in Boogie, but what often stands out is how often it falls short of its goals, notably since it has just enough promise to also prove its strengths in a key scenes. It’ll be interesting to see if Huang continues to explore filmmaking or if this was a brief diversion into cinema.

Overall, Huang has a lot to say, but he doesn’t quite know how to say it in full. But maybe that will come with experience, or with guidance through assured collaborators. For now, he’s left with a film that provides some key perspective, but it doesn’t know how to connect its reality with its fiction.