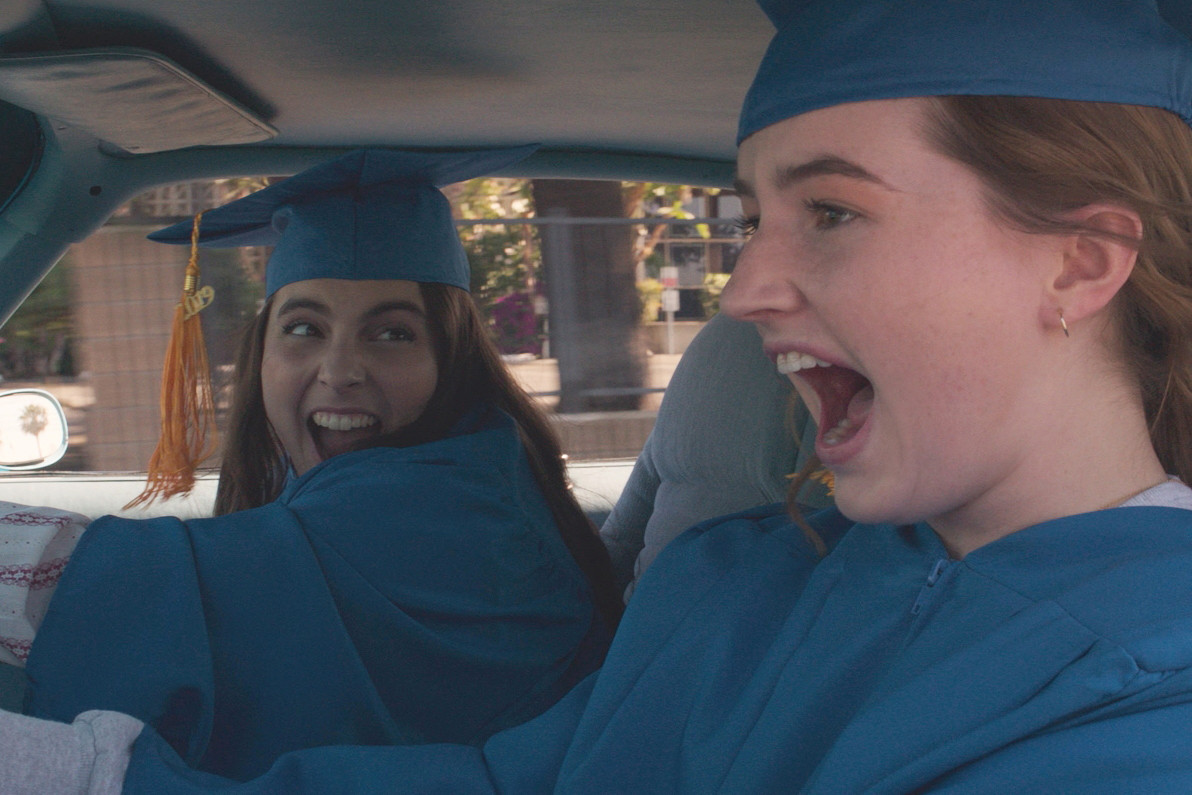 Every teen generation tends to get defined by the media they consume and how they consume it. Sure, not everyone can relate with the exact feeling a single song from the 70s can invoke when played in a film like Dazed and Confused, or perhaps what an early 2000s pop culture reference might inform in Superbad. But in Booksmart, the tradition of expanding relatability beyond the constraints and memories of a given era continues in this lovingly ambitious feature debut from actor-turned-filmmaker Olivia Wilde.

Beanie Feldstein and Kaitlyn Dever star as Molly and Amy, two ride-or-die best friends who supposedly wasted the entirety of their high school years hitting the books and keeping their heads low while the rest of their classmates partied it up and broke some rules once in a while (all right, maybe more than once in a while). When the fear of missing out overtakes Molly, the more domineering of the two friends, she convinces Amy to join her for a last-ditch effort in turning their final night before graduation into an all-out misadventure in search of the teenage wish-fulfillment they had always neglected.

Molly and Amy’s odyssey across multiple LA hot spots is packed with surprises, the biggest one being its unlikely avoidance of narrative filler. The screenplay (from the writing team of Emily Halpern and Sarah Haskins, Susanna Fogel, and Katie Silberman) has just the right amount of momentum to believably balance comedy for the sake of comedy with grounded, emotional flare-ups, rounding out what would otherwise be a nihilistic drudge through the stereotypical cliques of high school.

The central friendship is so believable, it’s hard not to assume the two lead actors are this close in real life. Booksmart would be well worth your time for the charming dynamic between its two leads alone, as it reveals fascinating details, lore, and wrinkles between the young women as their friendship progresses into more vulnerable territory. There are familiar doses of “BFF” energy Wilde brings to the forefront, but a rule-follower, this coming-of-age comedy is not. The editing, storytelling payoffs, and even the musical choices are ripped from a rebellious style Wilde is able to call her own.

The secret weapon behind Booksmart is its side characters, a who’s who of future celebrities you’ll quickly recognize before long. Billie Lourd’s goddess of chaos, Molly Gordon’s sensible cool girl, and Diana Silvers’ puckish contrarian are just three women standing out in a film where Jessica Williams, Lisa Kudrow, Will Forte, and Jason Sudeikis also get in on the midnight belly laughs.

It might be reckless to call Booksmart an ensemble, when it really is a story about two women saying goodbye to a time in their lives they had no real control over, same as everyone, only to greet a new era with similar realities. The difference is that for this next chapter, both women feel equipped for just about anything, while also being all the more aware of how far away they truly are from figuring out love, purpose, and adulthood. In some ways, you can tell this is Wilde’s philosophy as she carves out what will hopefully be a long and promising career of personal, generation-defining stories.