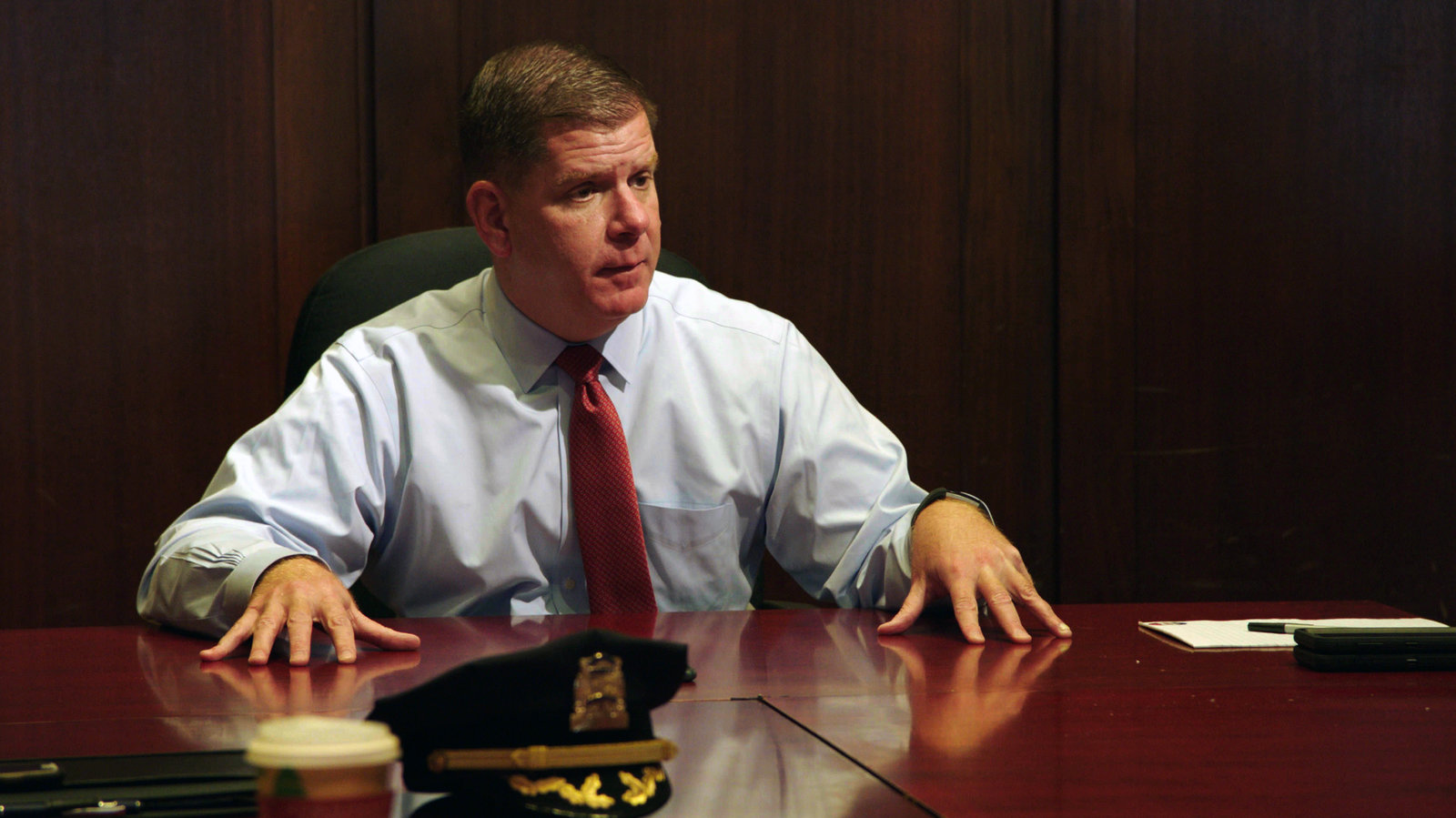 By Will AshtonOctober 30, 2020No Comments

I’m not exactly sure how to sell you on Frederick Wiseman’s City Hall. This sweeping, sprawling, four-and-a-half-hour documentary is a massive, city-wide examination of the inner workings of Boston’s government and public services. It’s an elaborate, expansive look at what makes a city the way it is, how its citizens and political leaders work hard to keep everything running, and the seemingly endless hurdles that poor and marginalized individuals often need to go through in order to make their voices heard. It’s a bulky, burgeoning enterprise of a documentary that’s as interested in watching town hall officials speak to the masses as it is watching the local garbagemen take out the trash on their regular circuits.

There will be folks who bemoan the length of City Hall, and there will doubtlessly be people wondering why such a thing needed to be so long when it’s often so focused on the monotonous day-to-day existence of Boston’s everyday citizens. I’m not sure how I’ll convince those people to believe that City Hall is worth their while. All I’ll say is that City Hall is my favorite documentary of the Toronto International Film Festival, and it’s also one of my favorite films of the year.

All right, that’s not all I’ll say. But that’s the gist. In a matter of words, at least.

Over the course of City Hall‘s 272 minutes, we watch with a perspective lens as Boston experiences an ever-changing political, social, and ecological time. Though we’re often following Mayor Marty Walsh, an impassioned, largely straightforward politician (insomuch as one can be straightforward in such a position, I reckon) who often makes a point to stress his desires to build up the city, relish its progressive growth, and champion a better tomorrow, our veteran director is continuously focused on the various branches, bureaus, and communities seen throughout the outreach of these political avenues.

While we’re seeing how left-leaning forward-thinking is providing numerous political factions with key ideas and ideological virtues to put forward in the city’s overarching ambitions, we’re also seeing the lingering shadows of grief (namely from the Boston Bombing) and how the persistent incorporation of gentrification call into question what is being done to help the local citizens of this wide-reaching city. It’s certainly one thing to incorporate positive virtues and good notions into a struggling community, but if they’re not actually benefitting the people who need this help the most, what good can be done?

To Wiseman’s continued credit, and perhaps to the annoyance of some political-minded perspectives, Wiseman isn’t here to cast scorn or penance. His observant eye, benefitted once again by John Davey’s camerawork, is to be a fly on the wind, taking in as much as one can from the vantage point of an invested citizen with access to political events, important meetings, and various local activities. With deft hands, Wiseman explores the various problems facing this ferociously loyal city, from housing to climate action to racial justice, to only name a few, and how efforts are or aren’t being pushed forward under this current leadership. It’s hard not to feel some cynicism toward any political figure these days — both local and national — but Wiseman is experienced and agile enough as a filmmaker to explore the pressures and burdens that come with political power under Mayor Walsh’s reign without diving too deep into either sympathy or snide. Though we only grow to understand him strictly as a political representative, Wiseman takes care to show how forthcoming and even personal this mayoral figure can be toward his constituents, showcasing an unsuspecting persistence to be straight and dutiful to them.

But Wiseman’s historical documentaries don’t often seem invested simply in how powerful and corporate figures dictate the lives of others. Rather, he’s always searching for the humanity that comes forth from any procedural activity, and how the underclass or working class can find themselves caught in the tangles of these ambitions, good-hearted or otherwise, but don’t always end up better than they were before. While City Hall is given direct interactions with local and political figures, Wiseman isn’t attempting to give us any blunt answers. He’s just painting a portrait of this city, letting the words and actions of its people speak for themselves under personal or professional terms (and often both). For as much as we can see some sense of hope or optimism in these democratic principles being imposed inside the city, we’re also given some healthy skepticism about the full extent of their ongoing efforts. Will the city actually be made better in the long-run?

Within every political system, there are efforts being made to do right by their town. But Boston is a city full of history and troubles, as we’re often shown, and it’s going to take a lot of time and man-hours to fix every single lingering issue. For as proud as Mayor Walsh can seem in his final screen moments, he is in the midst of a crowd of loyal personalities both convinced and skeptical of his bold proclamations. The future will determine whether or not these hopeful desires ring true, and it’s not for Wiseman to know in full at this point. As the documentarian’s golden years continue to dwindle, we’re left knowing that he can only look at The Now; it’s unclear if he can give us a portrait of what’s to come next. His view can only extend so far.

At 90 years old and with nearly 50 films to his name, City Hall is — in a way — a well-worn cumulation of Wiseman’s filmography to the present. If this is the last one we’ll get from the resident documentarian, it’s a fitting and powerful way to complete and complement such a towering film career. As a man who is always looking to explore institutions — either long-standing or otherwise (though mostly the former) — and the ways they turn their gears to the benefit or determent of the people within or surrounding them, or provide a look at the virtues and flaws of people therein, both young and old, Wiseman is always searching inward and onward, trying to provide some keen insight into what makes institutions tick and how they ultimately operate. If City Hall is his swan song, then providing a complex, nuanced, and impressively investing look at what becomes of his hometown in the midst of a socially-changing landscape is about as fitting a send-off as this legendary filmmaker could hope to create. But even beyond how it’s set to be viewed in terms of his own prolonged filmography, City Hall proves its worth by being an intensely intriguing, highly relevant look at our divided nation.

Broadly speaking, City Hall is four-plus hours of boardroom meetings, corporate conversations, community fundraising efforts, town meetings, town gatherings, and other various activities and operations that take place in Boston over the course of roughly six months to a year. It doesn’t sound like the most riveting material to dive into on movie night, particularly with such an extensive runtime. Yet, because of Wiseman’s perceptive and ever-present interest, City Hall is still an engrossing experience in how it explores the means through which regular and integrated conversations fuel the means of production, productivity, and personal connectivity. It’s a stunning accomplishment only Wiseman could achieve, and it’s hard to imagine any other filmmaker attempting to make such an overgrown examination of one of our nation’s most historic locations. It’s a long sit, and it’s going to require a great amount of commitment on the part of the viewer to make it all the way through. But as the subjects at the center or margins of City Hall demonstrate, it’s required to achieve greatness amidst uncertainty. For Wiseman creates a curiously reflective outlook on the systems of power controlling the fates of countless people, including the folks who still continue to labor forward hoping to make the most of their time and lives.