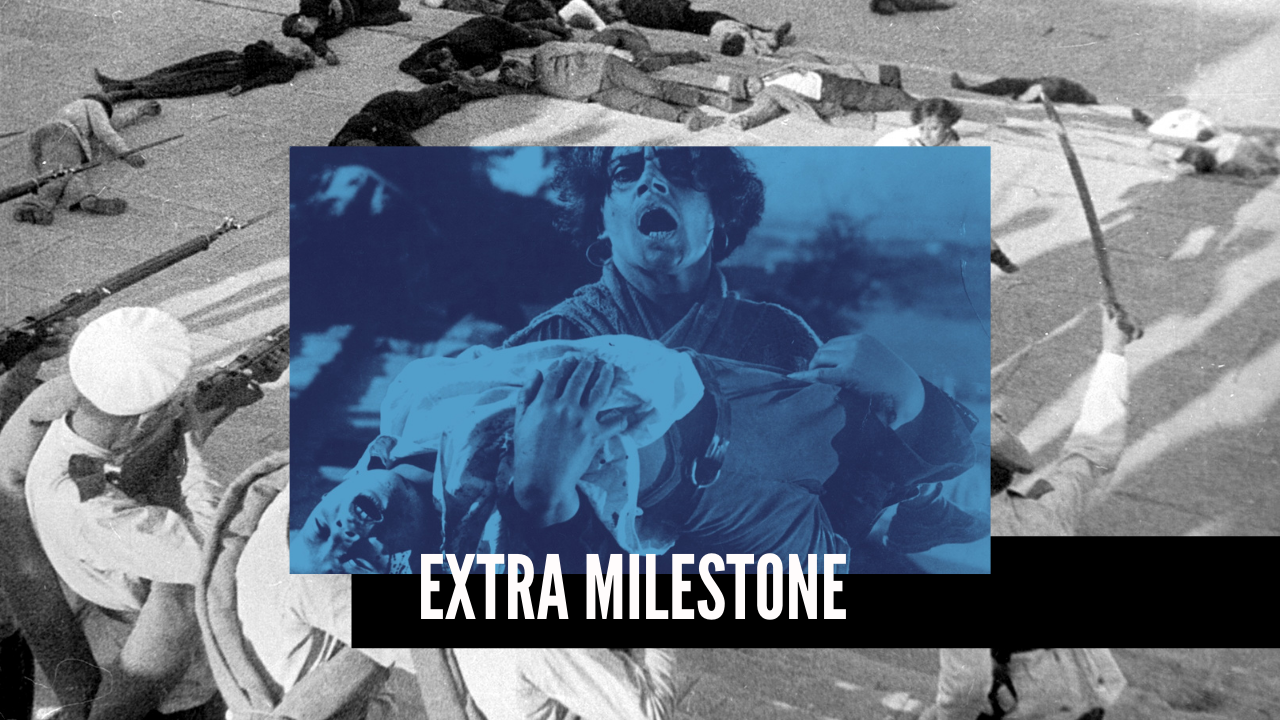 Emily Kubincanek makes her welcomed and triumphant return to Extra Milestone, and this week’s selections are among the most varied yet! We begin by celebrating the 95-year anniversary of Sergei Eisenstein’s magnum opus Battleship Potemkin, a film more fundamentally significant than almost any other when it comes to the art form of editing and propaganda storytelling. After that, we take a lighthearted and melancholy stroll into the world of Henry Koster’s Harvey, a rich and complex comedy featuring one of the best performances by the great James Stewart. Finally, we get to the bottom of Jonathan Lynn’s Clue, a cult-classic murder mystery that neither of us had seen before, and were delighted to discover was great!