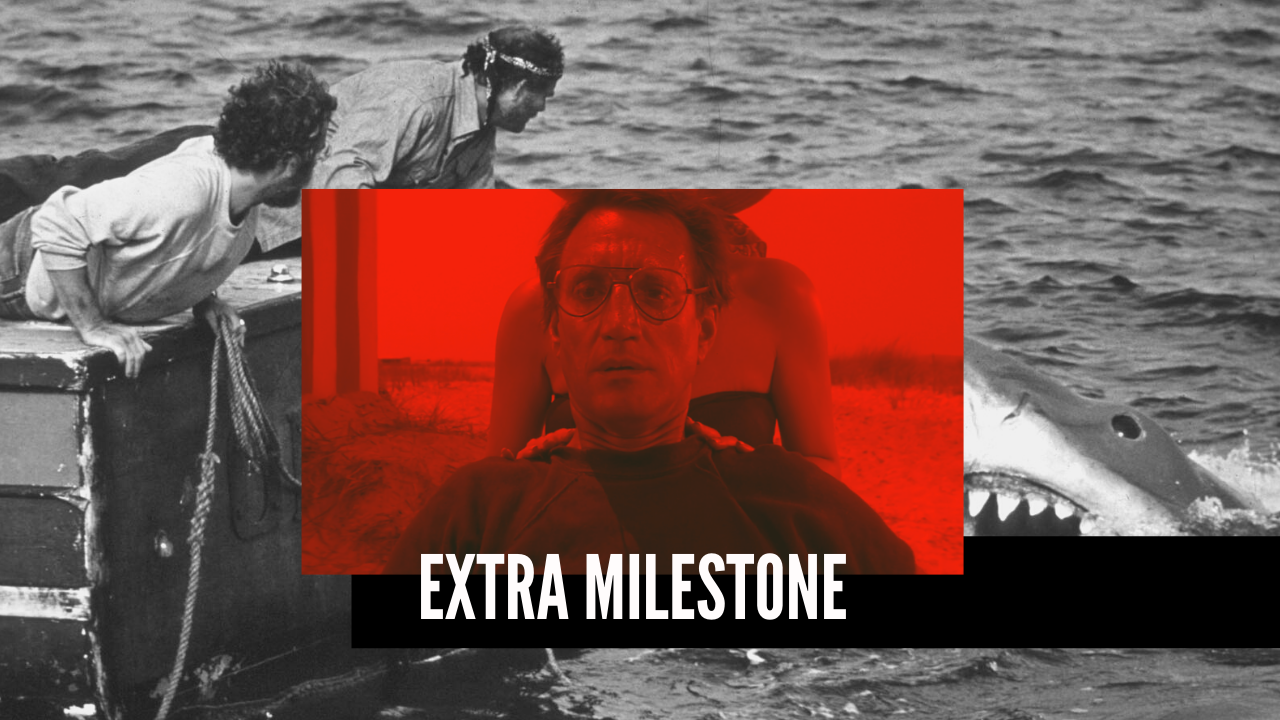 This week’s Extra Milestone is so iconic that we may just need a bigger boat. Anthony Battaglia reunites with Sam to discuss two immensely significant blockbusters that have irreparably shaped the cinematic landscape. We start with a discussion on Steven Spielberg’s Jaws, including our differing experiences with the movie, our appreciation for the writing and acting, differences from Peter Benchley’s novel, a confession as to our shared fear of open water, and even an extremely hot take involving the infamous sequels! After we dry off from that conversation, we take an isolated look at Irvin Kershner’s The Empire Strikes Back and how it changed Star Wars (and sequels in general) forever, why it maintains its effectiveness after dozens of viewings, why we can never view the Dagobah sequence the same way again, whether or not it contains the best lightsaber battle ever, and the dichotomy between good and evil that was solidified in this film.

NEXT WEEK: To close out the packed month of June, we’re returning to the films of Billy Wilder with The Apartment, and we’re assembling a generous handful of Cinemaholics alumni to do so!

Cinemaholics in this Episode: Sam Noland and Anthony Battaglia