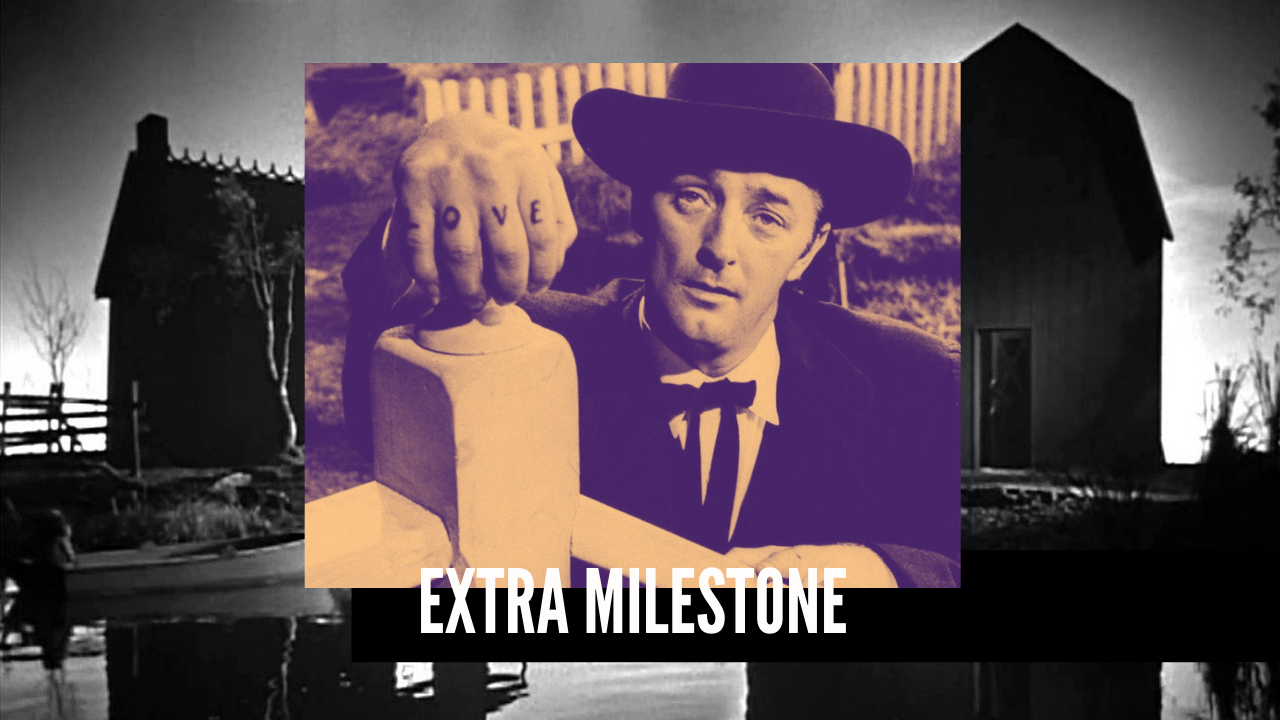 Sam Noland is back on Extra Milestone after a week’s respite to take on, along with friend and coworker Robert Wilkinson, two radically different classics. First up is Charles Laughton’s gothic thriller The Night of the Hunter, which stars Robert Mitchum as a psychopathic priest hunting down two children during the Great Depression. Next up on our itinerary is the landmark spoof comedy Airplane!, the laugh-a-minute lampooning of pop cinema celebrating 40 years of making the world howl with laughter.

NEXT WEEK: Adonis Gonzalez returns to discuss two immense classics from the year 1985: Robert Zemeckis’s Back to the Future and Elem Klimov’s Come and See!

Cinemaholics in this episode: Sam Noland and Robert Wilkinson