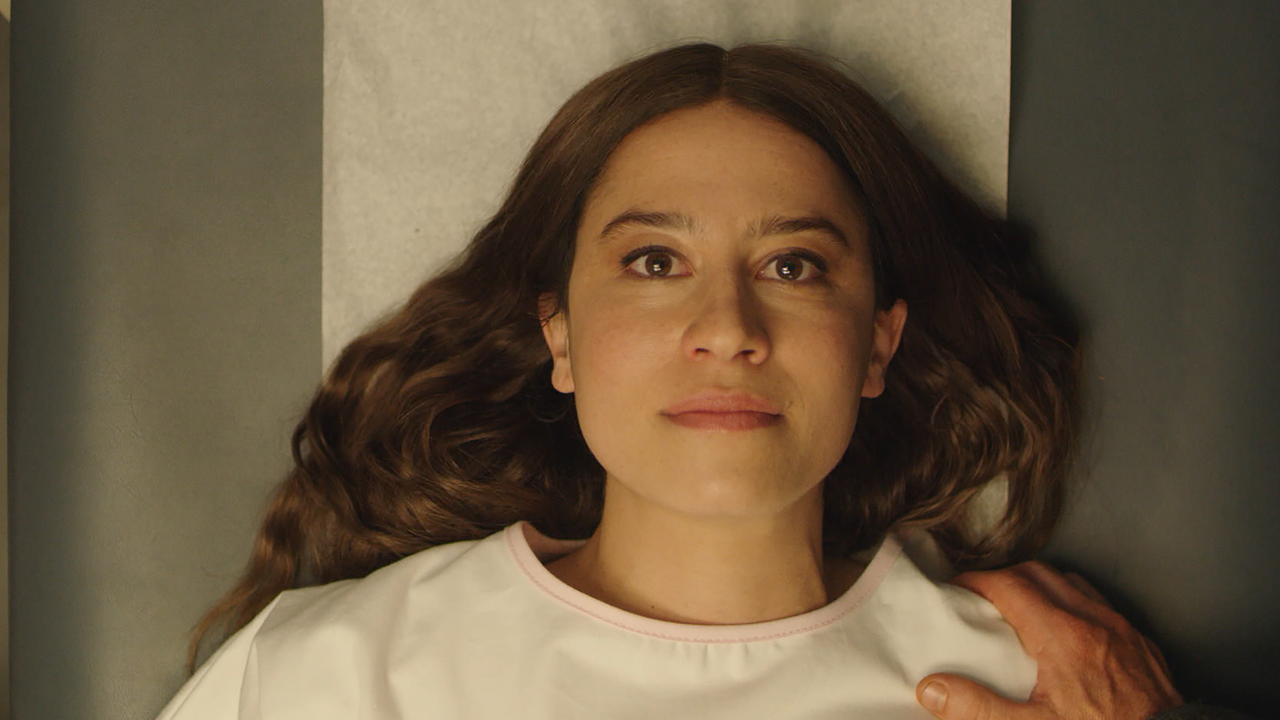 The “hey, isn’t pregnancy pretty scary?” genre gets an all-new entry with A24’s False Positive, a deliriously bold and visually unflinching psychological horror from writer and director John Lee, who helmed a few episodes of “Broad City” with this film’s star, co-screenwriter, and co-producer Ilana Glazer. As an obvious homage to the chilling paranoia of Rosemary’s Baby, where a young woman suspects her neighbors might have dastardly plans in store for her unborn child, False Positive takes these similar themes, such as the plight of female agency in a male-dominated world, and adds even more contemporary topics like gaslighting in its effort to give this sub-genre a bit of a rebirth.

Glazer stars as Lucy, who’s been trying to get pregnant with her husband (Justin Theroux) for a long time and finally finds some hope in an infamous fertility doctor (Pierce Brosnan), who’s known for his more unconventional IDF methods. Though the film begins with a bloody, synth-tone splash to set a dreadful mood, the majority of the story plays more like Run, another Hulu thriller from earlier this year about a woman struggling to discern truth from the fiction she suspects others are trying to inject into her reality.

While some horror fans might be a little disappointed in the lack of gore and thrills throughout, False Positive still offers a contemplative and ultimately effective buildup to a truly stunning final act, and a true case in how the final frame of a film can truly be the most memorable shot to offer. It’s dripping in suspense, but due to the convolutions of the main character’s suspicions, the film often seems to be dabbling in a bit of satire. It’s almost like Lucy knows she’s in this kind of movie and is assuming her life is perhaps going a little too well. Which of course leads her down a predictably ghastly path.

It’s wonderful to see Grazer in another film — it’s been several years since her supporting role in Rough Night — and one that emphasizes her talent as a lead. Much of her performance is expressive, played in usually subtle touches when she catches just the slightest whiff of a statement or even just a word feeling a little bit off. When she’s pushed to her limit later in the film, Glazer truly brings something of an iconic, haunting presence that words can’t do justice, complemented nicely by Pawel Pogorzelski’s cinematography and gift for simplicity in staging.

Theroux is intentionally a bit of a lamppost in the film, as it’s really Brosnan who arises as the true wildcard, and the handsome devil is finally getting a chance to seize on the latter. False Positive is at its most engaging and frightfully fantastic when Glazer and Brosnan are battling a four-dimensional game of chess against one another, especially as no one else around them seems to even be aware of what’s really going on.

Where False Positive stumbles, however, is in its “throw things against the wall” approach to ramping up the drama with cheap, repetitive dream sequences and some painfully cringe-worthy messaging. Most of the time, it’s clearly making a considered point about patriarchal systems trying to hide their control of women behind their charm and niceties. Other times, the film seems to perhaps be making these points as…jokes? It’s hard to tell, but it’s also not hard to overlook some of these choices and enjoy the rest of the brisk, 92-minute ride.

False Positive will be available to watch on Hulu starting June 25. You can watch the trailer here.