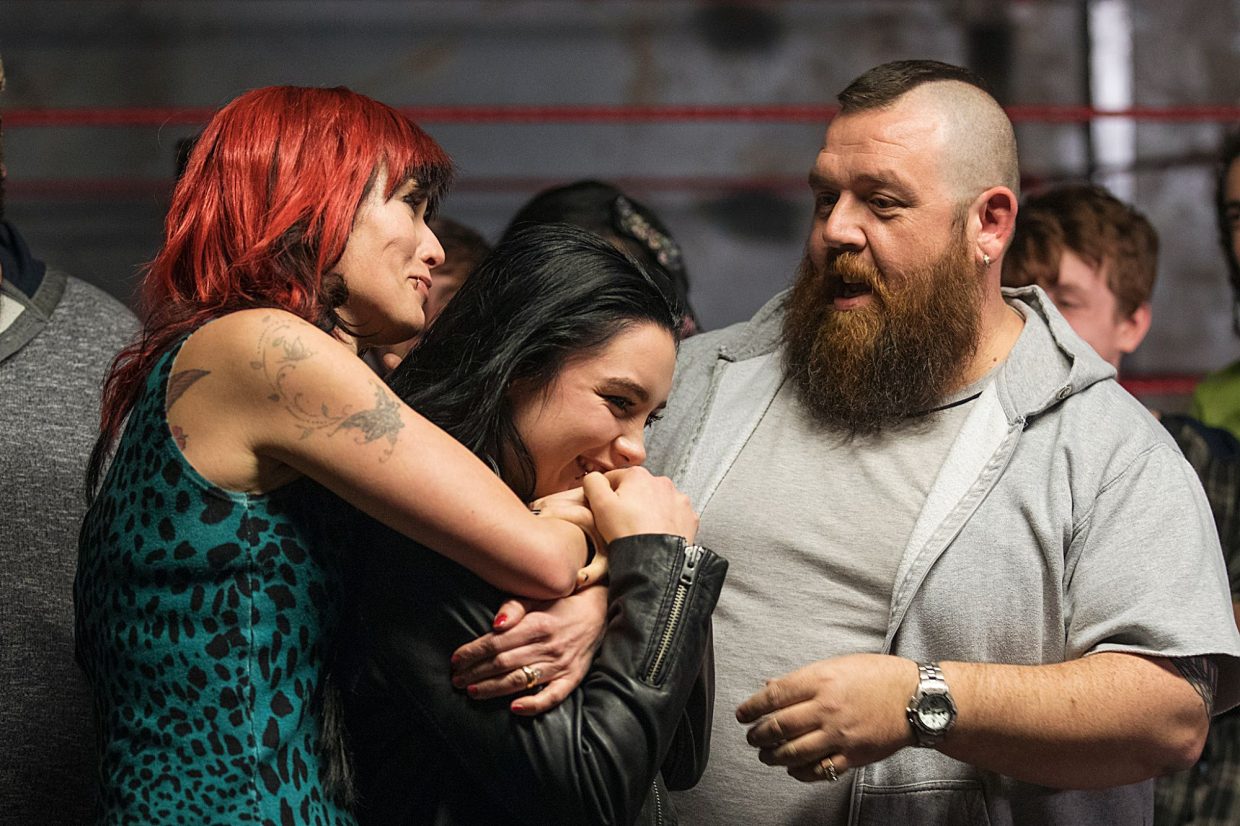 Paige and her brother Zak (Florence Pugh and Jack Lowden) want nothing more than to be professional wrestlers, to be whisked away from their small town in England and into the throes of Wrestlemania in America. They were born into a wrestling family, sure enough, and their dysfunctional, WWE-enthused parents (Nick Frost and Lena Heady) raised them to become champions in and out of the ring. Though…mostly in the ring.

Note: a longer version of this review was first published on The Young Folks. Click here to read the full review.﻿

Eventually, Paige gets her chance to attain the WWE Divas belt under the tutelage of NXT coach Hutch (Vince Vaughn) and occasionally Dwayne “The Rock” Johnson himself (playing himself and serving as executive producer). But as she takes her family’s outsider spirit with her to the “Hogwarts of professional wrestling,” her brother has to stay behind, rejected and told he doesn’t have “the spark” needed to find the same glory and success in the sport he’s loved all his life.

This sibling tension between Paige and Zak is easily the most tantalizing and deeply realized element to be found in MGM’s Fighting with My Family, which is an all-around crowd-pleasing comedy unafraid to delve into dramatic territory when the story calls for it. There’s a genuine camaraderie balanced by a believable jealously between the two leads, and it plays out efficiently despite them being continents apart for a majority of the film. Great credit goes to the performances, as there’s practically not a weak one in the cast. But also to the bare-knuckle script from writer and director Stephen Merchant (Cemetery Junction, The Office), who adapted this from a true story and documentary about the real-life Paige and her wrestling family.

Read the full review on The Young Folks