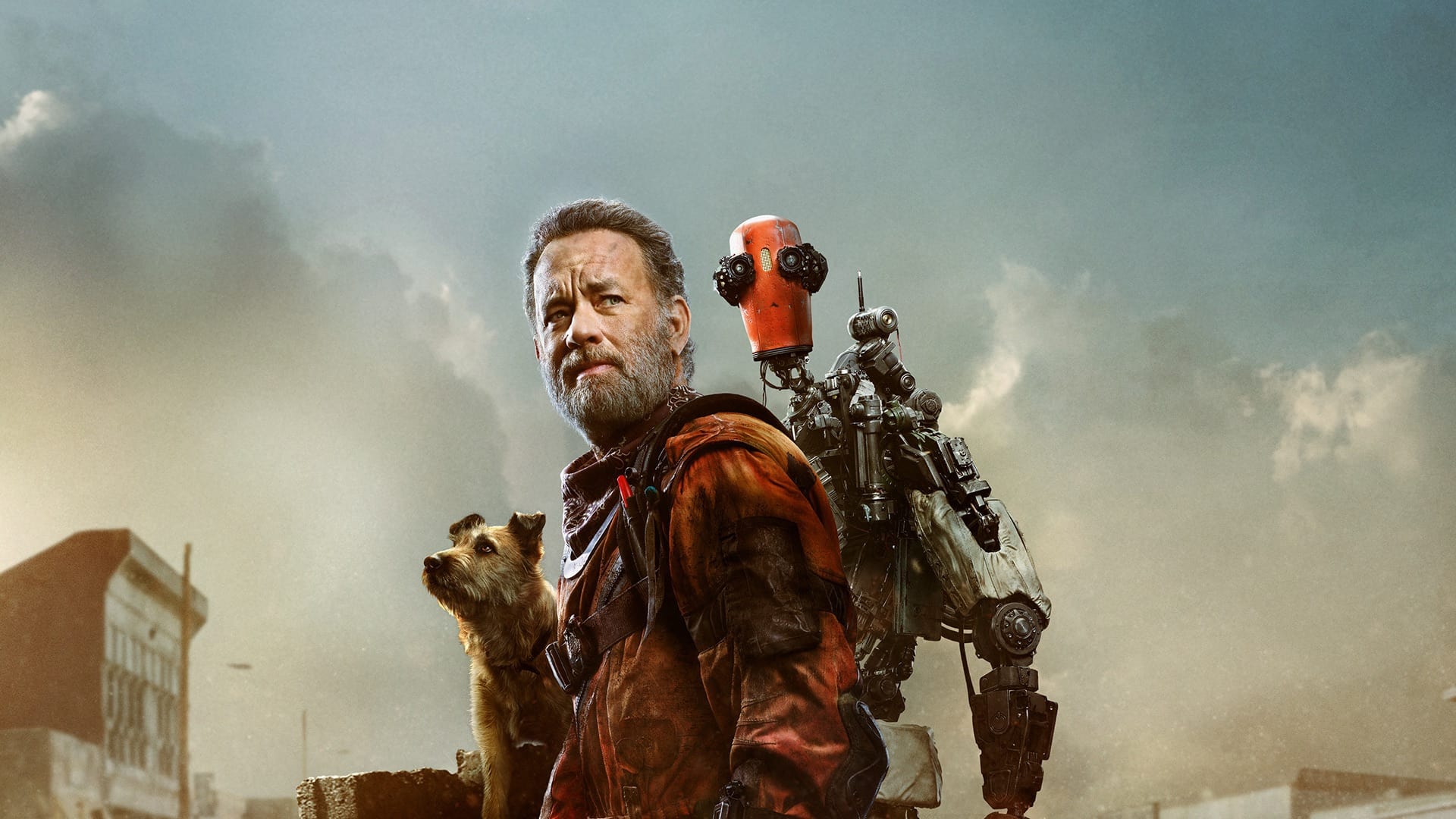 The following is an edited transcript of the video above. It’s been shortened and adjusted for clarity.

Finch is a new post-apocalyptic sci-fi film directed by Miguel Sapochnick, and I imagine some of you might recall that name from somewhere but can’t place it. Well, he hasn’t directed a film since 2010’s Repo Men, but he has popped up repeatedly in some buzzy shows like Altered Carbon, Fringe, Falling Skies and perhaps most notable of all, Game of Thrones, as he happened to direct what is one of my personal favorite episodes of the whole series, easily the best one after Season 4, and that’s “Battle of the Bastards.”

So Sapochnick has proven himself a stellar director in terms of action, science fiction, and heady topics, which makes him a great fit for a movie based on the Fallout video games, only Finch has nothing to do with Fallout besides being eerily reminiscent of the tone and structure of a wanderer in the post-apocalypse, drenched in dangerous radiation, with a trusty dog and eccentric companion or two.

The wanderer in question is Finch himself, played by a world-weary Tom Hanks in one of his most beat down, defeatist roles in recent memory, though rounded out nicely with sparks of “just live a little” moments where he overcomes his depression from surviving the end of the world by once in a while letting loose and being America’s dad, complete with the schmaltzy jokes.

It’s been ten years since a solar flare wiped out the ozone layer, killing most people from direct contact with the sun, so not just the intense heat but also the radiation. We learn that almost everyone left has essentially taken themselves out while scrounging for resources, which is why Finch is a recluse, save for his trusty dog, the adorable and unflappable Goodyear, who is a very good boy, indeed.

The problem is that Finch knows he won’t last much longer, and when he eventually passes, he needs someone to look after Goodyear. So the movie starts with him finishing the construction of a tall, slunched over, and ever-curious robot voiced in staccato autotune by Caleb Landry Jones. And this robot, who was quite literally born yesterday, received all his knowledge from scanned books and a set of axioms given to him by Finch.

The way Finch sees it, if he can train this robot to become a human, then Goodyear will almost certainly be well-looked after. So trigger warnings for anyone who finds themselves an utter wreck over movies like this, where there are dogs, kind-hearted people, and the roughest of circumstances crashing in all around them. And you can compound all this with Finch being an RV movie as well, so the road trip quality adds even more to that “I feel like I’ve seen this before, but not quite” feeling.

This is definitely one of those unique surprises of a movie where the story and the characters progressively gets better as it goes along. The early scenes and atmosphere-setting are bleak, and because there are so many familiar tropes at play, well-worn moviegoers might want to check out early because they know which emotional beats are going to come and why. They know the film is aiming to hit them hard, but if you stick with it, you might find yourself more endeared with the robot than you ever thought possible. Which is quite fascinating considering that’s exactly the point of the whole movie. It makes me wonder how a film like Chappie got it so wrong, until you remember that making movies like this should look easy, because it never actually is easy to pull off a movie like this.

Finch is a quietly simple, elegant, gem of a sci-fi tale that doesn’t deliver much in terms of spectacle or world-shaking special effects, far from it. But it succeeds quite brilliantly at bringing this robot to life with an almost magical mix of CGI and practical effects, and I mean magical considering how difficult I found it to pinpoint what was real and what was spliced over to make the robot look convincing. For all I know, an actual robot was birthed to life for the purposes of the movie, and I’d be none the wiser if that were the case.

The difficulty is that there are only two characters offering up dialogue and dramatic conflict. So after the fourth or fifth time we watch Finch arguing with the robot, it does get a bit “been there, done that.” Fortunately, it’s not a long film, and even if you predict a lot of the scene flow and structure, it’s easy enough to stay immersed in this world, learning more and more about it the same way the characters are. I’m not sure if everyone will be fully in love with what Hanks is doing here. There’s a bit of an edge to his performance, and they seem to be going for a “let’s science the you know what out of this” sort of survivalist protagonist, as if Matt Damon from The Martian got plucked into this story.

But in his own way, Hanks brings that comfortable, effortless Americana charm he always does, and it balances remarkably well against the more high-concept themes and presentation of this big baby robot who is always full of light-hearted surprises. Finch is an easy recommend for fans of the genre and those looking for a sci-fi film with dazzling effects that can do so much more with so much less compared to the other blockbusters competing against it during our own version of the apocalypse.

Finch is now available to stream on Apple TV+.