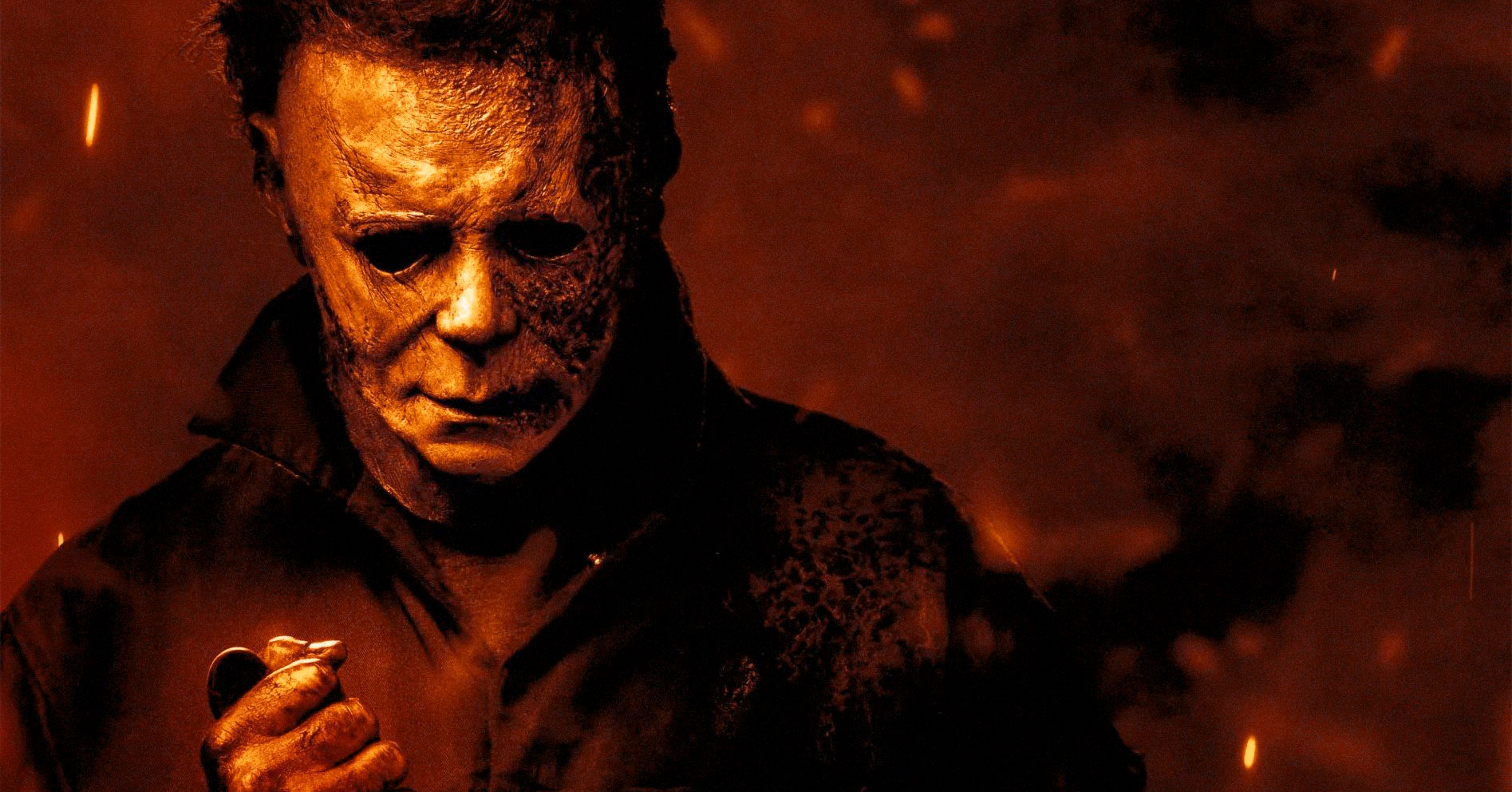 ‘Halloween Kills’ makes the invincibility of Michael Myers the point

The following is an edited transcription of the video above, shortened for length and adjusted for clarity.

Halloween Kills is a sequel to Halloween from 2018, which itself was a legacy sequel to the 1978 Halloween directed by John Carpenter, one of the original horror slasher franchises. The 2018 soft reboot, if you will, ignored the other 9 or so Halloween sequels and reboots over the years, even Halloween 2 from 1981, helmed by Rick Rosenthal, though Carpenter still did the screenplay with Debra Hill for that. But starting with Halloween (2018), the continuity was essentially wiped clean. There’s no “season of the witch” or “curse of Micheal Myers” or anything else complicating the increasingly complicated timelines, and it also did something different from the Rob Zombie duology from 2007 and 2009, which rebooted the entire canon from a grittier, more brutal perspective.

David Gordon Green’s Halloween (2018) jumped in and continued the story from the original 1978 version uninterrupted and with a more focused character story about Laurie Strode, reprised by Jamie Lee Curtis, and how generations of the Strode family carry the weight and trauma of Michael Myers’ killing spree from that fateful Halloween night lingering over the decades much in the same way this franchise just never seems to go away, to the point where the hauntingly minimal and iconic score by John Carpenter never stops sending a chill down the spine.

To be honest, Halloween (2018) didn’t do much for me as a lifelong fan of the first Halloween movie, which in my view is the prototypical slasher movie suited for general audiences. We had gotten plenty of them before 1978, but this was one of the first to strike a broader chord with the public in its tight, visceral, and satisfying presentation. Despite being such an independently made low-budget film, albeit released by a major studio, it had the bones of a blockbuster during the era when blockbusters were still being born.

So all these years later, it’s a welcome sight for these Halloween movies to go back to their more grounded roots, at least in some respects. They’re still designed to make heaps of money, but they’re a bit more practical and back to basics. The basics being the dread of a broken child of suburbia wreaking havoc on his hometown. The political themes in this new film are almost charmingly rough around the edges, and that’s probably why I end up liking this follow up, Halloween Kills, a bit more than its predecessor. For once, it has something to say about the town he inhabits, not just the rivalry between him and Laurie Strode, who takes mostly a backseat in this film as she’s recovering from the events of the last movie.

David Gordon Green both directs and co-writes the screenplay, and i’ll say quickly many of his films have fallen short for me since I think he creatively peaked with Pineapple Express, his 2008 stoner comedy “wasterpiece.” Though I do have a small appreciation for Stronger with Jake Gyllenhaal and Tatiana Maslany from a few years back, and I’m still finding it so odd to accept that the same director has made all of these movies and others like Our Brand is Crisis and Prince Avalanche, it’s really quite odd.

Anyway, Green’s approach to these movies, along with his fellow screenwriter Danny McBride who also had a hand in the last film and the third one coming up after this called Halloween Ends, is to hopefully, effectively conclude the original Halloween continuity and answer the question, What do we do about Michael Myers? And to do so, to actually kill or bring resolution to the Michael Myers story can’t reasonably be done in one or even two films alone, which is why it’s of course a trilogy. And Kills is interesting to me in the way it investigates the psychology of Michael Myers as it ping pongs between his acts of violence and the victims of said violence around Haddonfield, Illinois. Where in the last film, it was really about the Strode family and this somewhat predictable “I told you so” element of Laurie being vindicated for her preparedness in regards to Michael’s eventual return to cause trouble for reasons unknown, Kills has much more new content for the audience to chew on.

It pokes and prods at the idea of mob justice in response to Michael’s villainy, and how violence spreads in many forms when people fall prey to misinformation, which of course can have unintended consequences that can’t be easily reversed. That’s certainly some relevant subject matter considering (gestures at everything). I wonder if some critics might be misreading the film as a sort of defense of mob justice, or that it suggests such a thing is effective, when I do think Halloween Kills has a pretty clear message on the morality or lack thereof regarding what happens in this movie outside of the relentless, titular killing.

The film has an incredibly effective cold open in which we get to see a new perspective of the 1978 movie, which picks up right after the events of the film and sets the stage for some unlikely cameos of the original coming back in this one. This is one of the most interesting and sensational scenes or series of scenes in the film, akin to the prologue in A Quiet Place Part II from earlier this year. I almost wished we could’ve just stayed in this time period a little longer and with this grainy film aesthetic that harkened back to the suspiciously warm setting you just know is about to turn cold.

But no, the film moves on to decades later, continuing the long night from 2018’s Halloween, moments after the Strodes set Laurie’s compound on fire, seemingly killing Michael, but we know that won’t last. And from there, a ragtag group of adults who have some connection to the 1978 events band together to take Michael down, chanting in annoyingly repetitive fashion that Evil Dies Tonight. On the one hand, it’s exciting, but also terrifying to see one of these all grown up citizens, played by Anthony Michael Hall, get an actual character arc that stretches beyond the usual deer in a headlights beat we keep getting in these movies.

It’s a different way to do a Halloween movie and it’s sure to polarize. I can’t come out and say that it contributes anything all that meaningful to the original Carpenter film. It’s still a rebranded retread of the same feeling that film innovated. But I do think the filmmakers know that and are purposefully making a tribute, not art for its own sake. They know the audience wants this and they’re delivering it, enough said.

I enjoyed it as a Halloween fan, as someone who’s watched most of these movies at least once, some of them many times, and Halloween Kills is oddly one of the ones I would consider rewatching, more-so than 2018’s Halloween. The kills are more memorable, some of them truly nasty to look at, and I find the underlying narrative deep and challenging enough to make this worth revisiting at least one more time. Which for me hasn’t been the case for a Halloween movie in far too long.

Halloween Kills is now playing in theaters through Universal, and you can also stream it for a limited time on Peacock.