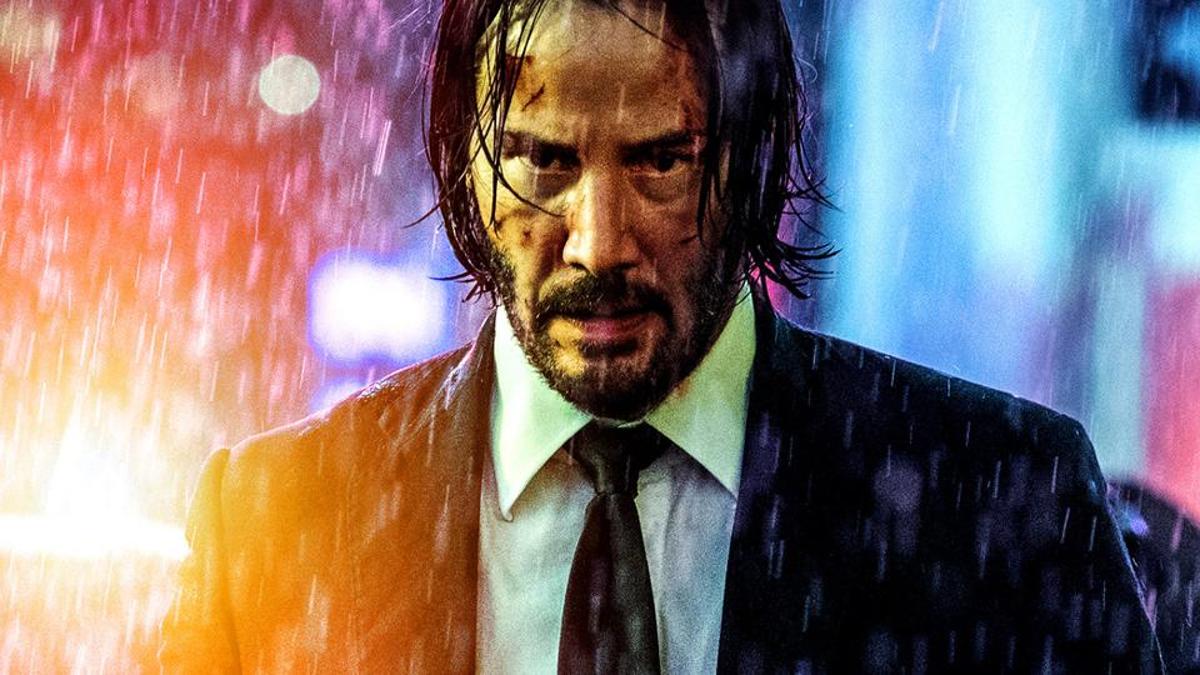 ‘John Wick: Chapter 3 Parabellum’ Review – Consider Me a Renewed Fan of the Series

In my view, 2014’s John Wick is the ultimate Redbox movie. On the surface, it looks like your typical, generic B-movie action thriller. It features a recognizable actor who was out of the limelight at the time, and to some, past his prime. In this case, that actor was Keanu Reeves, and this revenge tale looked like any other generic action romp, the likes of which you typically find crowded in those recognizable movie machines outside of Wal-Mart.

Yet in a surprising turn of events, John Wick was not only a solid little action flick, but also a turning point for the action genre in this decade. Particularly as the “Age of Shaky Cam” led to many action thrillers unsuccessfully hiding their lazy shots and lack of general thoroughness.

For John Wick, stunt men-turned-directors Chad Stahelski and David Leitch made everyone step up their fast-paced game through crisp camerawork, well-executed fight sequences, and stunning choreography. The result was a beneficial uptick in quality when it came to newer action flicks, as well as the birth of a promising pair of filmmakers.

Since then, Stahelski, screenwriter Derek Kolstad, and of course, Keanu Reeves have returned to the John Wick franchise twice, expanding upon the mythos established in the first movie and creating an unexpected action franchise in the process. 2017 saw the release of John Wick: Chapter 2, and now in 2019, we have John Wick: Chapter 3 – Parabellum.

And while these sequels don’t quite capture the lightning-in-a-bottle novelty of their predecessor, they still kick all kinds of ass. And not coincidentally, this newest sequel might display some of the most exhilarating action moviemaking to come out of Hollywood in the last decade. Yes, they certainly deliver a punch. And a kick. And a shot in the head or two. Or two-hundred. You get the idea.

Shortly following the events of Chapter 2, John Wick (Keanu Reeves) is now a man on the run. With the bounty on his head becoming an international affair, and his recent status as “excommunicado” by his confidante Winston (Ian McShane), John certainly has the odds stacked against him. But he isn’t going down without a fight. And sure enough, the first twenty minutes of Parabellum is practically non-stop spectacle.

Punches and kicks are thrown. Horses are ridden. And almost anything and everything can be used as a murder utensil. But no matter how many people try to take John Wick down — with very little success — he knows he can’t keep fighting the world forever. He’ll need to travel the globe to find sanctuary, though peace is hard to attain in more ways than one.

If epic fight sequences are what you seek, you’ll find plenty in John Wick: Chapter 3. This is a movie where seemingly every creative decision came down to, “Hey, wouldn’t it be cool if …” That’s not to say there isn’t serious thought that goes into these movies. And if we’re being honest, the ideas between the action aren’t given enough credit by the general public.

But above all else, the John Wick movies are designed to be cool, sleek, high-octane, and highly enjoyable set piece machines. In that sense, Parabellum more than succeeds on that front. It is a vicious, violent sequel, and one that can get downright brutal at times. But the filmmakers made this movie knowing full well what they wanted it to be: a fully-energized, fully-pulsating thrill ride.

In fact, the John Wick sequels might be a little too cool for their own good. Everything about the John Wick movies is cool. The look, the style, the cutting dialogue, the action, obviously. But particularly with the sequels, the film’s cool factor can lose its luster.

Much effort is put into making the action beats pop, but there is something missing to the film’s emotional beats, especially compared to the original. A simple tale of revenge might not be all that novel by design, but the action and execution of the first movie made it so. In these sequels, however, the addition of so many different ideas, twists, and turns has begun to move steadily away from the heart of what made that first film so satisfying.

One of the keys to the original John Wick’s success — and something that becomes appreciated more and more upon rewatch — is how tight and focused it is. The first thirty minutes (and third) of John Wick’s first chapter is nothing but build up. John’s grief, his sense of inadequacy, his renewed humanity when he gets acquainted with the dog, his ill-fated meet up with some not-very-nice people, their terrible actions, John’s renewed lust for vengeance, everyone else knowing that John Wick is getting ready to come back…all of this is efficiently and patiently set up for the sake of good storytelling.

The first shootout in John Wick’s home — where he efficiently and ruthlessly takes down 13 men in a matter of minutes — remains the most exhilarating sequence in the franchise to date because it was earned. It worked its way up the ladder, feeding its audience breadcrumbs before they get their gourmet meal (and the villains get their last desserts).

This is why it’s so respectable to see Parabellum attempt to move away from some of the mindless, gun-centric violence of the original two films. Inventing a sort of “Gun Fu” action experience, it created a high number of lively (or, rather, deathly) action sequences, but it also had the worrisome factor of fetishizing gun culture. Not to mention how it made the action in Chapter 2 feel a bit repetitive in its execution.

While there is certainly a lot of gunplay in Chapter 3, this sequel also goes out of its way to have a few more unique weapons at John’s disposal. Whether it’s knives, swords, pencils, horses, or even books, John Wick doesn’t solely rely on a gun to win his battles. Especially in our current media climate, that does wonders to get you immersed in this grand action spectacle without remembering all the gun-related tragedies that continue to occur on a weekly basis. And, of course, this world of assassins being far removed from reality also helps maintain the illusion.

By contrast, Chapters 2 and 3 can feel overburdened. They’re drawn out, filling as much well-choreographed spectacle they can cram into every possible, heart-pounding moment. The action is consistent, most definitely, but it is all too easy to get burned out long before the conclusion of this overly long affair. A large part of this problem is Parabellum’s drawn out middle segment, which meanders enough to take the steam out of the more electrifying and urgent first act. So even the central shootout, as action-packed as it is, eventually feels like, well, overkill.

The middle of Parabellum also manages to rob the full impact of the bombastic final 45 minutes by taking up too much of the audience’s energy. The climax commendably ups a difficult ante, but…why be so negative? This is John Wick: Chapter 3. Issues aside, this film is much too fun to nitpick all day.

John Wick Chapter 3 reminds me a lot — in ways both good and bad — of The Raid 2. It even includes a few of the actors from The Raid movies to make the comparison even more plausible. The film wants to do so much, and it has so many ambitions at its heart. This can be a weakness, but it also plays to the film’s greatest strengths: a story that is wrapped in bold, adventurous, audacious, and pulpy action filmmaking.

There are ample thrills for each kill, and there’s enough absurd world building here to allow for even more inventive deaths and death-defying stunts, many of which need to be seen in order to be fully appreciated. The surprise factor of John Wick is mostly gone at this point, but by going all out on spectacle, the filmmakers have managed to make a killer extravaganza and renew my interest in even more films to come out of retirement.