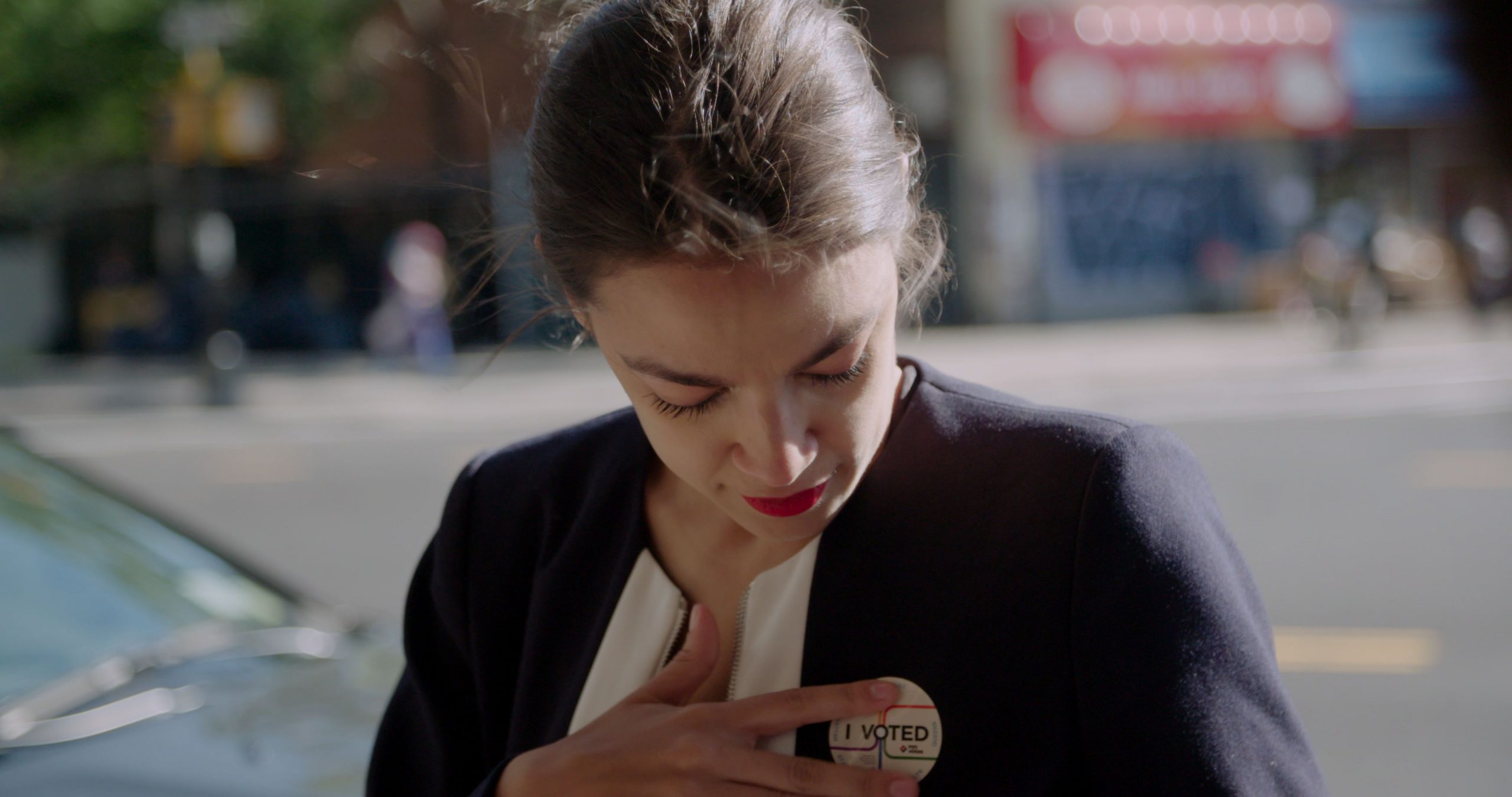 Pristinely lined upon walls in America’s capital are the imposing, glorifying portraits of the fathers of our nation. Men who may have written moving words, but did so using the backs of women, people of color, and disenfranchised groups as the desk to write upon. It’s a tiring cycle; to be told the people have power only as far as the ballot box, and only if they can even get there. But in Netflix’s new documentary Knock Down the House, director Rachel Lears follows four women and their personal, political battles against a broken system.

The documentary follows the grass roots campaigns of Cori Bush, Paula Jean Swearingen, Amy Vilela, and Alexandria Ocasio-Cortez, who each take the podium to lay bare their individual missions, which we now know would result in their individual triumphs. These women’s stories are exceptional because they, themselves, are exceptions to a system that has never worked in their favor, but rather has continued to block them from progressing any further in the political arena.

Knock Down the House has a steady pace that engages with its subjects and provides broader commentary on a contentious political climate. What Lears captures and articulates so well by way of her film, a great credit to editor Robin Blotnick, is the allowance of each woman to provide her own authentic observations, a means of bearing witness to their lived experiences. There’s rarely a moment when the documentary’s storytellers fill the space with insincere messaging or half-formed platitudes built on ostensible lessons of feminism. It’s a documentary that peaks on its empathetic high notes and casts its vote for the underdogs who ought to be winning every race, allowing them each ample time to state their cases.

Again, what Lears’s documentary most effectively captures is the intersection of the personal and the political. There never exists a moment where the women are made to appear lackadaisical about their intentions and what it means for each of them to be running their respective campaigns out of St. Louis, New York, West Virginia, and Nevada. Preparing mantras and reciting phrases every woman living in a male-dominated space has said to themselves in the mirror time and time again is when Knock Down the House—without the aid of swelling music or banal montages—finds its own victory. It is an intentional act; a confident period to the end of the epitomized feminist phrase, “We can do it,” shifted to “I can change it.”

For the four women whose journeys are captured, their fervent, frustrated verve compels in subtle and respectable fashion, while the unmitigated complacency of the citizenry at large offers a disconcerting truth. Here, four women, with the experience of being citizens upset by the system and guaranteeing thoughtful and effective ideas, collide with establishments of government and the psyche of a “forgotten” America. In an intimate exchange between Ocasio-Cortez and Vilela, the sentiment of the documentary is confirmed by its own subjects: “In order for one of us to make it through,” says Ocasio-Cortez, “a hundred of us have to try.”

The success of Ocasio-Cortez is only felt at the complete juxtaposition of Paula Jean Swearengin, Cori Bush, and Amy Vilela. It’s unfortunate more time isn’t spent with them, but Ocasio-Cortez’s optimism promises a glimmer of hope, as if peeking through the cracks of the desks once used by those lauded as fathers of the nation.

Knock Down the House highlights four key political battles in the war for women, people of color, and forgotten citizens to be the ones representing everyday Americans. Its impact is in its heartache and frustration, but it ends on a note of success. These women are as knowledgeable as they are dedicated, and audiences would do well not to forget their names. The primaries, debates, and elections always end, but the injustices live on. Our future is out there in the pockets of America, and Knock Down the House urges us to seek them out and champion their causes.