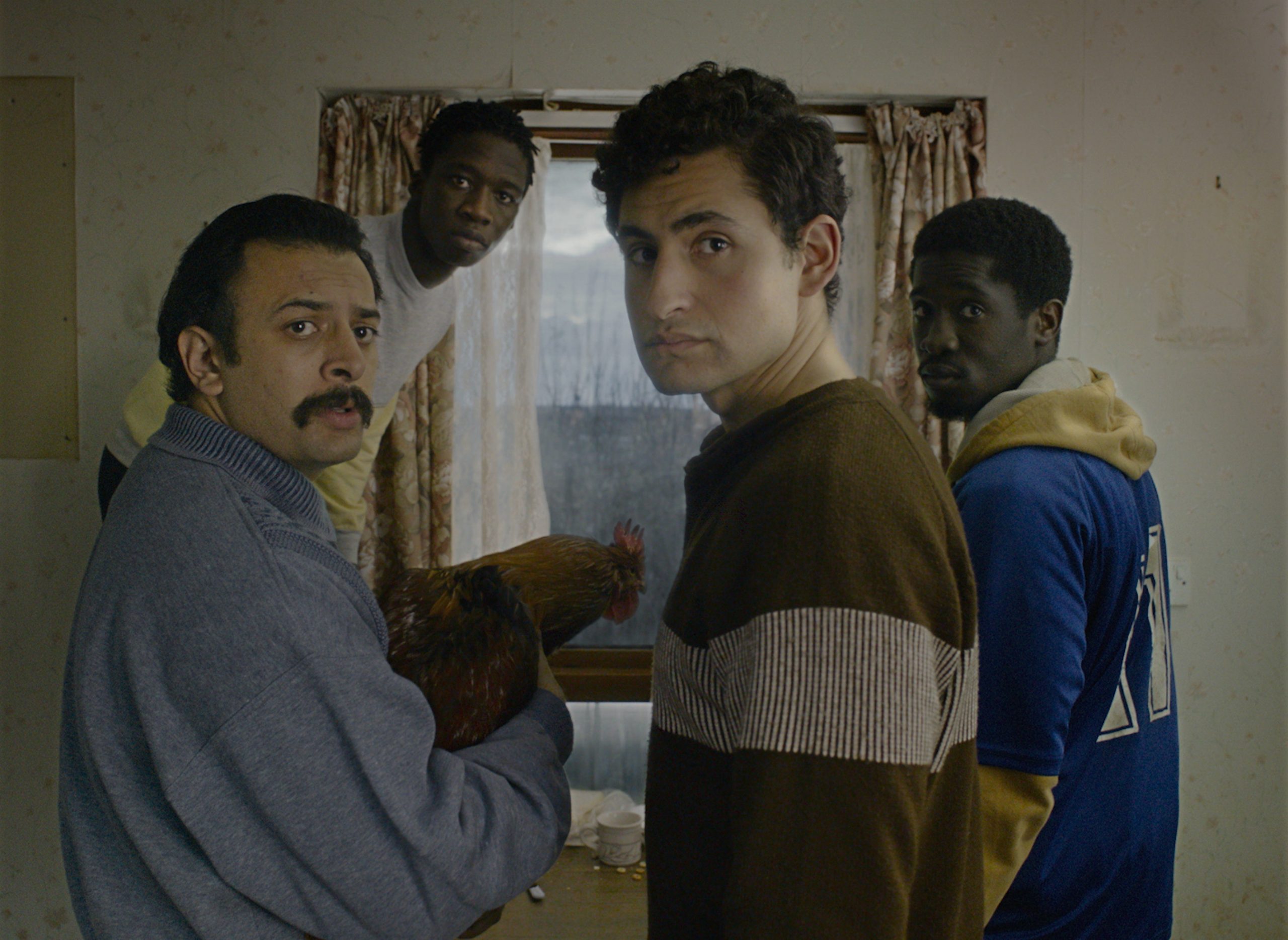 ‘Limbo’ offers a wryly funny take on the refugee experience

As we’re typically reminded by today’s news cycles, the immigrant experience is fraught with hardships and humility. The act of separating oneself from their homeland, their family, and sometimes their heritage causes one to drift between one nation to another, caught between two lands but never feeling connected to either — sometimes for a grueling sense of time. You’re caught in a perpetual state of limbo, which is befitting of sophomore writer/director Ben Sharrock’s BAFTA-nominated movie of the same name. To try to mine comedy from such a difficult experience can seem like a dangerous proposition, especially these days.

Thankfully, through wry humor but a gentle interest for the tender and warm-hearted humanity of its central characters, Limbo largely avoids insensitivity and offense to create a nicely inquisitive tale of cultural immersion, one that doesn’t tread on new ground but rather tries to forge its own path in a genre that often favors misery and anguish. Though it is not without its bumps along the way, particularly from a tonal imbalance that doesn’t quite nail the shift between humor and sorrow, Limbo does succeed thanks to its sharp perspective, endearing characters, and a winningly subdued lead performance from Amir El-Masry as our melancholy migrant, Omar.

Centered around the sad-eyed perspective of a Syrian refugee who seeks asylum in a remote island in Scotland, Limbo follows our lead Omar as he struggles to establish his sense of self in a foreign land. A gifted musician in his homeland, an unknown hand injury has rendered this oud player unable to express himself, both physically and emotionally. But this setback cannot be fully credited to his disadvantaged hand. Longing for the financial safety of his distant family, with whom he can only contact through a payphone (there’s deliberately something placeless about the movie’s location in both time and place — every piece of technology is at least 20 years outdated, but it’s amusingly unclear if this is due to the time period or the timeless quality of the seaside locale), Omar is hard-pressed to establish himself in a country that doesn’t seem to accept or understand him as both a musician and townsperson.

Omar’s ancestral oud is always by his side, wrapped around his fingers like an appendage. Yet, the instrument carries no sound, no sense of comfort for our unsettled player. The only person who can come close to understanding or sympathizing with Omar’s struggles is Farhad (played by a scene-stealing Vikash Bhai), a mustachioed fellow migrant who accompanies our jaded main character. Only through searching for his inner sense of peace can Omar find himself in this distant land. But whether he can find acceptance at all is an answer left discovered through Ben Sharrock’s acutely funny and somberly devastating character-driven dramedy.

Shot in a style that will draw easy comparisons to Yorgos Lanthimos, Taika Waititi, and Jared Hess (I can imagine the midwest radio station claiming Limbo is “the next Napoleon Dynamite” based on its visual presentation), Limbo plays as an offbeat romp to ease us into the hard-hitting truths of this character’s unsettled reality. While the narrative framework doesn’t push against formula, the daring little moments sprinkled throughout the proceedings are expectedly what shine and defy expectation.

Whether it’s two characters arguing about a decades-old episode of “Friends” or the deliberately awkward training sessions held by the not-so-worldly life coaches who clumsily attempt to ease our main characters into this Scottish setting, Limbo recognizes that the journey doesn’t come from catharsis, but rather, gradually accepting your sense of self and the person you want to be. It’s about balancing your personhood while also learning to accept the generosity of others and the good intentions of people who are often strangers.

While Limbo verges too often on being cutesy to the point of undermining its intentions, its clear-eyed lens favors style without forgetting harsh realism. Through a rosy presentation, it makes the arduous trail a little easier to travel, a little lighter for the foot to cross. It’s a celebration of what makes us human while making sure to recognize the bitter sadness that can too often come from the migrant experience. It’s a tricky tonal act that isn’t told with complete grace, but it’s handled with enough balance and care to make Limbo a wholesome, winsome calling card for its sharp, talented filmmaker. Moreover, it’s just a deadpan delight — filled with wry humor and starkly-funny details that present a curious new perspective for this familiar, but worthwhile journey.