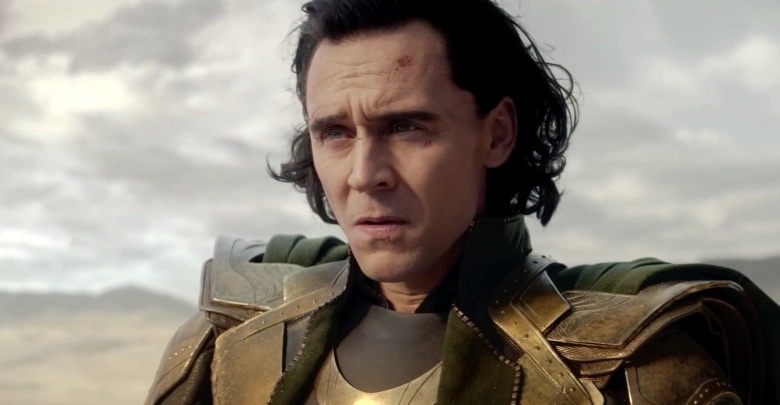 Okay guys, I know it. You’re tired of hearing about how good Marvel is. After thirteen years of existence, the MCU has produced hit after hit, with only the occasional Thor: The Dark World to leave a mark.

But, to be fair, these are some pretty great pieces of entertainment for the most part. Sure, Marvel projects have a bit of a Hollywood bias surrounding them, but it isn’t blind favoritism. It’s the result of years and years of built up trust and a connection to a fan base that ranges across the entire globe. Plus, the MCU has a gigantic amount of interesting source material with its own iconic history to help.

The films and series in turn have taken the source material and created another vast universe with endless possibilities. One that, especially in recent years, has dived into psychological storytelling and character deconstruction to produce some fairly deep entries. And while the premiere episode of “Loki” didn’t hit me as hard as the last two Marvel/Disney+ shows, it is every bit as therapeutic.

“Loki”, titled after the Avengers’ iconic first villain, follows the God of Mischief (portrayed once again by Tom Hiddleston) after a misplaced Tesseract lands him in the hot seat with the Time Variance Authority – a secret surveillance group that monitors the proper timeline of the Multiverse. If that sounds really confusing and perhaps a bit convoluted, welcome to comics.

What’s thankfully not confusing is which version of Loki we’re dealing with here. See, viewers will remember that Loki technically died at the hands of Thanos at the beginning of Avengers: Infinity War. A scene that to this day my sister cites as the reason she never goes to the movies without a box of tissues anymore.

The version of Loki we see in “Loki” is also from Endgame, but he’s the version from the altered timeline that the Avengers inadvertently created when they went back in time to 2012; the year the first Avengers film took place.

With that in mind, this version of Loki Laufeyson is still in his rebellious, “ruler of the world” phase. He’s not as easygoing and redeemed as the version we got in Thor: Ragnarok. My biggest concern prior to watching the series actually stemmed from this. I was worried that reverting Loki back to his purely villainous form would basically mean ignoring years and years of character development. Meaning he’d have to grow all over again. And Loki, of all the characters we’ve seen grow in these movies, has definitely gained and learned a lot from his time in the MCU.

Granted, that is pretty much what happens, although in the best way I could imagine. Loki’s stay in the TVA’s top secret prison includes a scene in which the antihero gets to witness his “greatest hits” on video.

The scene, and really the entire episode, serves as a sort of near death experience for Loki. The troubled character is forced to take a long look at his life, his actions and the pain they’ve caused others.

Owen Wilson’s Agent Mobious takes on a Reaper-esque role as the one not only in charge of whether Loki lives or dies, but also the one making him see the dangers of the path he leads. It all comes together after Loki witnesses (or in some cases, re-witnesses) the deaths of his parents as well as his own demise at the hands of Thanos.

Realizing where his destiny is headed, Loki decides to join the TVA in hunting down a rogue alternate timeline version of himself in an attempt of redemption.

“Loki” has a bit of a slow start, and a lot of this premiere episode is clearly world building and story set up for future episodes. With that being said, it’s still pretty damn good.

The deep dive into Loki’s character is incredibly interesting, especially when we get to hear Loki finally come to terms with his own ideals and how little he’s done to really achieve his ultimate goal. Tom Hiddleston does an amazing job as always portraying the character, but there’s an added level to it when you notice Loki’s shift from pompous villain to misunderstood antihero.

What follows is a really intriguing look at the power of individual choice and free will. Mobious mentions to Loki that his role in the timeline is predetermined, effectively eliminating the notion of free will and insinuating that Loki can’t change his fate no matter how hard he tries. Of course, this doesn’t really jive with the trickster. Throughout the series, and his whole life, Loki is told that he has to play a certain role. He’s been told by heroes and villains alike that he’ll always be the tempered antagonist with a Napoleon complex. Now, he’s been given the chance to prove them all wrong.

His character arc hasn’t really changed however. He’s still doing this with power and ascension as his main motivations. The difference is that now, he’s doing so with the belief that its his “glorious purpose”. He’s achieving his goals to prove to himself, and to everyone else, that he has the will to do so.

It’s too early to say whether or not Loki is on a path to traditional heroism, but he’s at least finally making his way to the spotlight. Gone are the days of Loki the Lackey.

All in all, the Loki premiere was good. It wasn’t as exciting as I’d hoped, but with this being a multi-episode series and all (the first of Marvel’s to get a second season announcement), and with Loki being one of my favorite characters in the MCU, I don’t mind the build up.