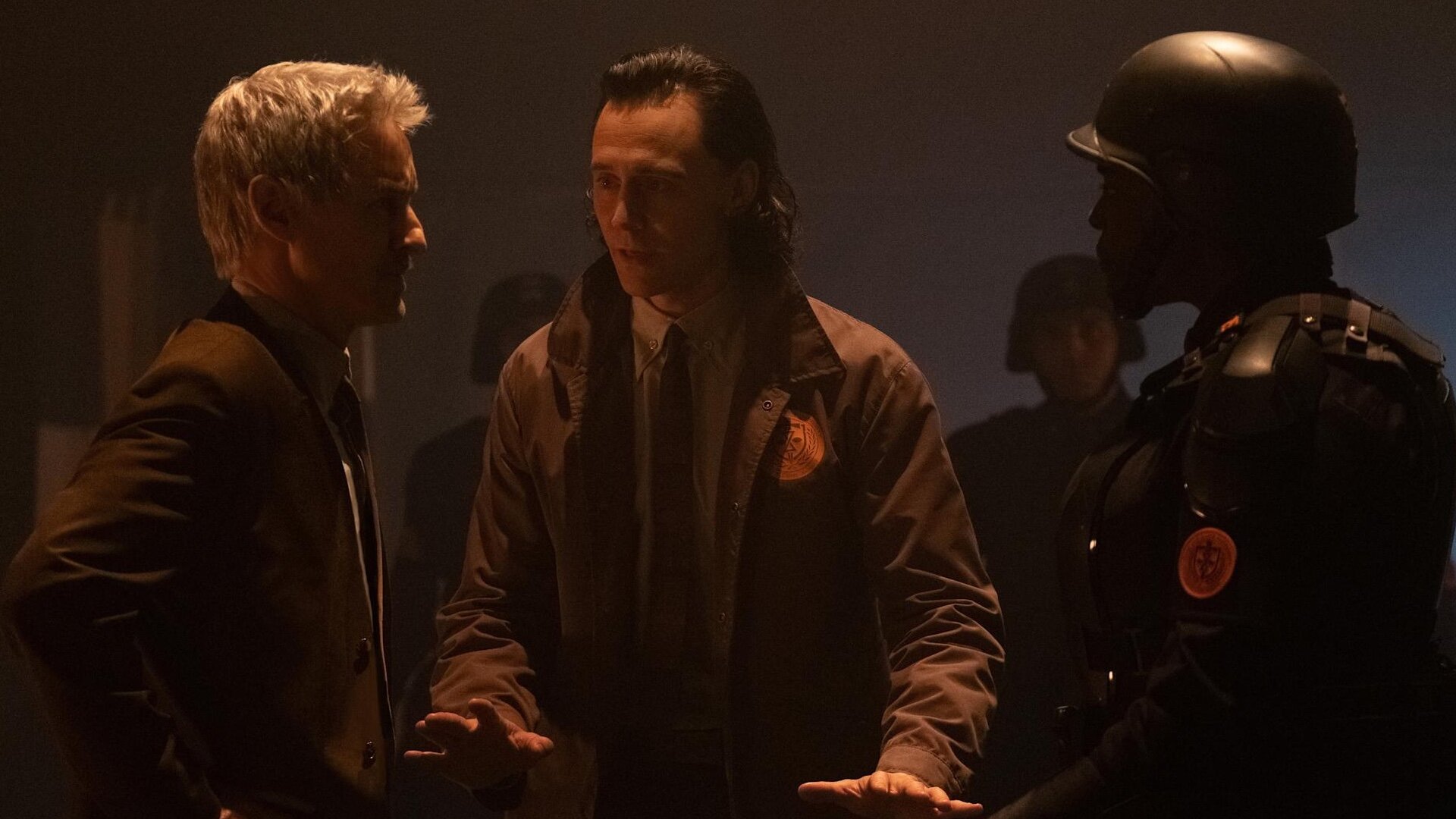 By Adonis GonzalezJune 22, 2021No Comments

The second episode of “Loki” has been out for some time now, and I’ve got to tell you, this is the hardest time I’ve had writing about one of these shows. Not because there isn’t anything to write about. Quite the contrary. After only two episodes, “Loki” has a lot of tricky, deep themes up its sleeve.

Themes like death, afterlife, free will, and the origin of creation are all present in Marvel’s newest Disney+ exclusive. Quite a lot more than I was expecting from a show about an Asgardian God of mischief joining the Men in Black for time travel shenanigans.

To be fair, the show has so far handled these themes competently. They all tie in pretty well together, with each theme serving as a bit of a lesson and moment of self-reflection for Loki Laufeyson. The character undergoes some serious therapy in the two hours shared between this episode and the last, and I’m positive there’s more to come.

But as much as I’d love to write about every single theme “The Variant” brought up, it would probably be less cluttered if I just tried to stick to one. While choosing a specific theme was difficult, I ultimately decided on the hardest one, because self-deprecation is a helluva drug.

So join me, my fellow cosmic mistakes, as we recap Episode 2 of “Loki” and discuss how religion, mythology, and history are about to get a whole lot more complicated for the Marvel Cinematic Universe.

WARNING: SPOILERS FOR “LOKI” EPISODE 2: “THE VARIANT” BELOW

The episode starts way back in 1985, the same year Marty McFly went back in time to “Match dot com” his parents to the sweet sound of “Johnny B. Goode.” While “Loki” doesn’t have any Marvin Berry in its second episode, we do get a pretty exciting fight scene that takes place at a Renaissance Fair in Oshkosh, Wisconsin to the tune of Bonnie Tyler’s “I Need A Hero” (which, fun fact, came out just a year prior).

This isn’t the first time we get a glimpse of the dangerous Loki variant (Sophia Di Martino) unleashing her fighting prowess, but we do get a better lol at her brainwashing powers as she takes control of a TVA general and uses her to take out the rest of the team.

It isn’t long before Loki (Tom Hiddleston), Mobious (Owen Wilson), B-15 (Wunmi Mosaku), and their squad are called out to the field. They’re too late, of course, but Loki uses that silver tongue of his to convince the others that he deserves an audience with the Time-Keepers.

Mobious sees past the scheme, but it does lead to some actual investigation on Loki’s part and a shocking revelation: the Loki variant is hiding in apocalypses, or more specifically, moments that immediately precede apocalyptic events.

After tracking down the specific cataclysmic event to an Alabama mall in 2050, Loki finally encounters his variant self in the form of Lady Loki. Or at least, that’s what it looks like. Fans, myself included, aren’t entirely convinced this is the Lady Loki we know from the comics, but perhaps an alternate take on the character, or a different character entirely. But this isn’t a wild Lady Loki theory article, that’s for a different time. I want to talk about the Time-Keepers themselves, what their existence could mean, and why Loki is so skeptical about them.

In the comics, the Time-Keepers are pretty much the same as they’re described in “Loki.” They’re ageless space wizards who control and monitor the natural flow of time and enforce the sanctity of the “Sacred Timeline” by way of their Time Variance Authority agency.

This seems to be the case for the Time-Keepers of the MCU, but not everyone is convinced they’re even real. An interesting conversation between Mobious and Loki reveals some of the reasoning behind this doubt.

We’ve seen a lot of strange things in the MCU throughout the years. From arcane chaos magic to all kinds of extraterrestrial life, to a God of trickery and mischief with the ability to change his appearance whenever he pleases. The point is, the notion of a trio of time rulers isn’t exactly out of left field.

But as the show inadvertently points out during a conversation between the two main characters, there is a bit more proof to back Loki’s claims about these Time-Keepers compared to Mobious’ blind faith.

Mostly everything Loki believes in is something he can actually see. From his all-powerful father to his thunderous half-brother, Loki is surrounded by and included within the mythology of his people. He believes in the Asgardian Gods because he used to be able to walk by one every morning.

At first glance, the only thing Loki seems to believe in, despite not being able to see it, is his presumptive rise to glorious power. But as the first episode of “Loki” shows, it’s more that he believes in his ability to do so. These Time-Keepers coming in and telling him that his “glorious purpose” is to always lose just doesn’t jive with him. So sure, it may be personal, but there is something to learn from Loki’s distrust here.

Loki has, after all, been around a long time. He’s seen all kinds of people claiming to be gods amongst men. To him, these Time-Keepers are just another group of wannabe gods. An obstacle in his way to achieving his selfish goals.

But remember, while this is technically 2012 Loki, he’s seen the current timeline of his entire life play out. Loki is constantly coming to terms with how his life could end and where his actions have led him, at least on this so-called “Sacred Timeline.” He could, at any moment, revert back to his usual tricks (something the final moment of this episode may have indicated), but it does for the most part seem like this Loki is on the same path to redemption as his Endgame counterpart.

But that doesn’t mean this redemption comes in the form of working with the Time-Keepers. It actually may come from working against them. It’s pretty safe to say that the Time-Keepers and their TVA operation aren’t quite what they appear to be. We might’ve even caught them in a huge lie, considering how the “Sacred Timeline” just got bombed in the second episode. And assuming the next four won’t be just a black screen, it’s safe to say the end of reality as we know it was a bit over-blown.

Regardless of whether or not the Time-Keepers are real, something out there is dictating the “proper” flow of time, making it so people like Loki stay villains and never stray from the beaten path. But we all know Loki Laufeyson ain’t letting space lizards tell him what he can or cannot do.

It’s still too early to say whether Loki and Lady Loki (I’m calling her this to make things easier) are going to be on good terms by the end of this series. But if they do team up, I have a feeling it’ll be to loosen the reins the Time-Keepers have had on the timeline and the multiverse. We may see a complete changing of the history of the MCU in the process.

Skirting past the obvious alterations, like the long-awaited introduction of the X-Men, the Lokis’ influence on the Sacred Timeline could very well create the option of free will in the multiverse. Meaning there wouldn’t be any concrete dictators overseeing the course of a story’s events (at least until Marvel starts introducing concepts like Eternity and the One Above All).

This would be an ironic turn of events, considering how gung-ho Loki was about ruling Midgard when we were first introduced to him. This journey of self-exploration and testing the limits of his own free will might turn Loki into the biggest hero the MCU has. Of course, we’ll just have to wait and see what mischief and heroics he gets in to when “Loki” returns this Wednesday.