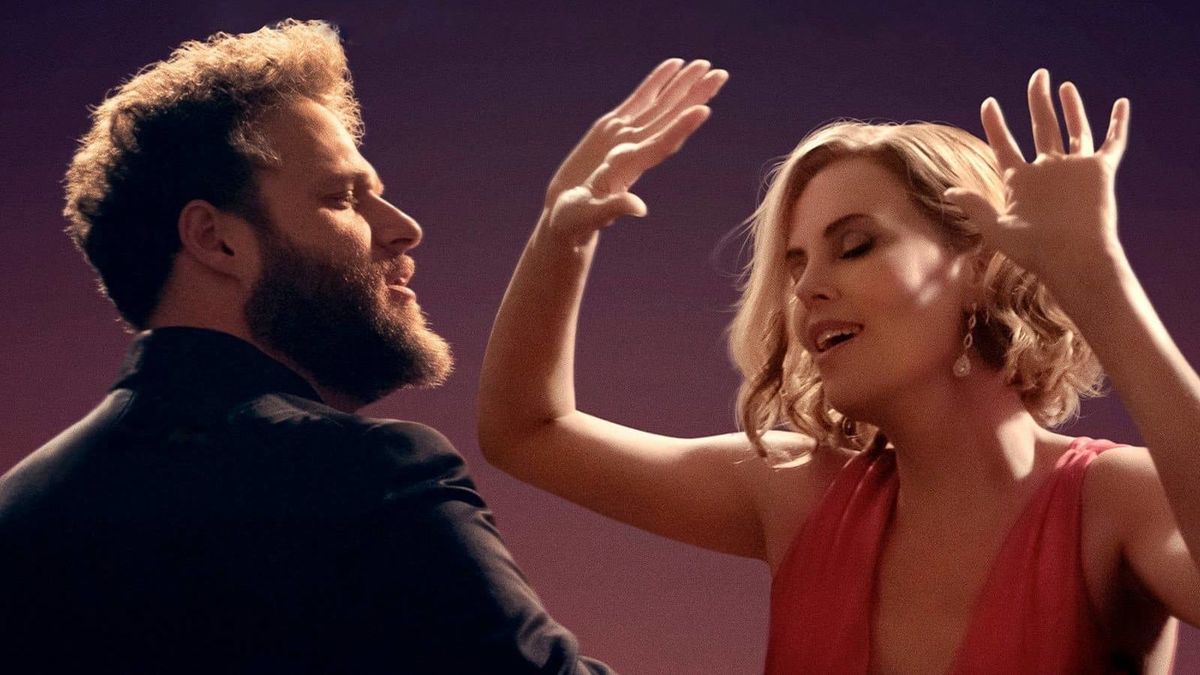 Filmmakers generally build their stories around proven formulas. Either intentionally or not, most movies you see at your local theater follow a predictable series of setups and payoffs. Sometimes this can be grating, and other times, it’s part of the charm. In one’s mundane day-to-day living, a familiar, run-of-the-mill story can be dull, meandering, or frustrating. You’ve almost certainly heard someone ask, “Why won’t Hollywood make something new?” But in other cases, a film that’s light, good-natured, and winningly by-the-books can invoke a welcome sigh of relief.

Long Shot, the newest film from director Jonathan Levine (The Wackness, Warm Bodies), tends to fit into two familiar categories: the average mainstream rom-com and your usual Seth Rogen/Evan Goldberg-produced farce. At times, it’s admittedly generic in its craft, falling into the tired traps and tropes of your typical romantic comedy. But it’s well-worn structure also serves as its benefit. It’s shaped into a fun, likable, and endearingly sweet joint that savors its own well-rolled style. It might be a little high on its own supply, as your typical Seth Rogen comedy can sometimes be. But these indulgences are appealing for a reason. They mimic your (hopefully infrequent) visits to McDonald’s, rewatching your favorite episodes of The Office on Netflix, or going to your local retro movie theater to revisit a movie from the past that you love to pieces. That’s the beauty of formula. You like knowing what you’re going to get every once in a while.

Fred Flarsky (Seth Rogen) is a recently-unemployed liberal-minded journalist who couldn’t let his integrity get bruised when his paper gets bought out by the bad guys. Secretary of State Charlotte Field (Charlize Theron) has stealthily worked her way up the ranks, hoping to finally propel herself into a higher position of leadership in the U.S. government. That means her sights are set on running for president, and she has the benefit of earning the endorsement of President Chambers (Bob Odenkirk), an aloof television actor who decided to become president and won (does that remind you of anyone, by chance?). She has the confidence, skills, drive, and big ideas to win. But the statistics suggest a major issue: she’s not relatable enough.

As is often the case in American politics, it’s not enough to have headstrong ideals, lofty ambitions, and brazen determination in our ambitions. You also need to appeal to the masses on a fundamental level. Turns out, Charlotte Field could use more help in that regard. And that’s when her convenient re-acquaintance with Fred Flarsky proves fateful. The writer and politician go back a few years. To be more specific, Charlotte was once Fred’s babysitter, and they shared an awkward moment together in the spring of Fred’s puberty. They haven’t seen each other since, but they’ll spend more time together once Charlotte asks Fred to join her campaign as her official speechwriter. And sure enough, as they reminisce and rebuild their friendship, their relationship grows much more intimate, perhaps even romantic.

The absolute key to any good rom-com is the chemistry between the leads. If all else fails, or even succeeds, it’s almost always essential for the leads to feel believable — or, at least, likable — in their onscreen romance. While many people might have trouble accepting Seth Rogen and Charlize Theron as a real-life couple (for fairly shallow reasons, truth be told), the actors have no trouble selling their electricity in this budding romance. Their antics are playful, witty, and highly enjoyable as sheer entertainment value; their passion is never explosive, but the rooted sparks make this expected coupling easy to root for and wholeheartedly support.

Thanks to good pacing, the film’s romantic energy flows naturally and is never insincere in its presentation. Nor is it particularly rushed, notably as the two-hour movie is less-than-economical with its runtime. The movie keeps things casual with its audience, always respecting the time spent together. There’s also an appealing breeziness to the friendship-turned-relationship between the leads, and even when it isn’t necessarily believable, Long Shot is often funny enough to help you gloss over stretches in plausibility.

Part of what makes Long Shot more appealing than your average studio comedy is its directly political ambitions. While Dan Sterling and Liz Hannah’s script only scratches the surface of its intended themes, the perceived message definitely takes a stance in these starkly political times. But its electoral ambitions don’t get in the way of giving the audience a break from reality. Yes, Long Shot is far from subtle when it comes to politics, but what it communicates throughout its story is both agreeable and heartfelt. While it might divide some people along implied party lines, Levine’s product deftly avoids going too far in the other direction of becoming something vanilla, losing its richer flavor in an attempt to appease everyone.

While Long Shot’s references to real-life happenings might take a few viewers out of the experience, it generally doesn’t sour what is still a silly comedy bent on letting you have a good laugh — particularly during what many would consider…bleak times. Perhaps like its previous title, Flarsky, there may have once been a more unique and memorable movie here that was ultimately toned down along the process. It’s hard to say for sure, but while Long Shot doesn’t realize its greatest potential, it doesn’t entirely squander its value either.

Again, Long Shot is typically at its weakest when it falls into formula. And that’s notably true in its unremarkable third act, which tosses aside the bigger ideas and conflicts in order to run out the clock with rapid revelations, wild declarations of love, and other rom-com cliches that are par for the course. On the one hand, I get it. It’s a romantic comedy, so some of these creative choices are to be expected. But considering how well the movie was able to stay away from being embarrassingly standard in its early goings, it’s hard to not to call this reversion a disappointment.

Long Shot can be a little too broad for its own good, and it’s definitely not the most memorable comedy out there (which makes the experience of writing a review for the film nearly a month after you see it a bit of a challenge). But at its heart, it’s a winsome and appealing little romantic comedy, with just enough raunchiness and political aspirations to give it a bit of spice. It doesn’t change history, despite its forward-thinking politics, and its pleasures are ultimately fleeting. But sometimes, in our hassle-filled lives, you don’t mind a political comedy where you quickly and confidently know where things will land by the end. The world is unpredictable enough, so there’s solace to be found in a movie that gives the people what they want.