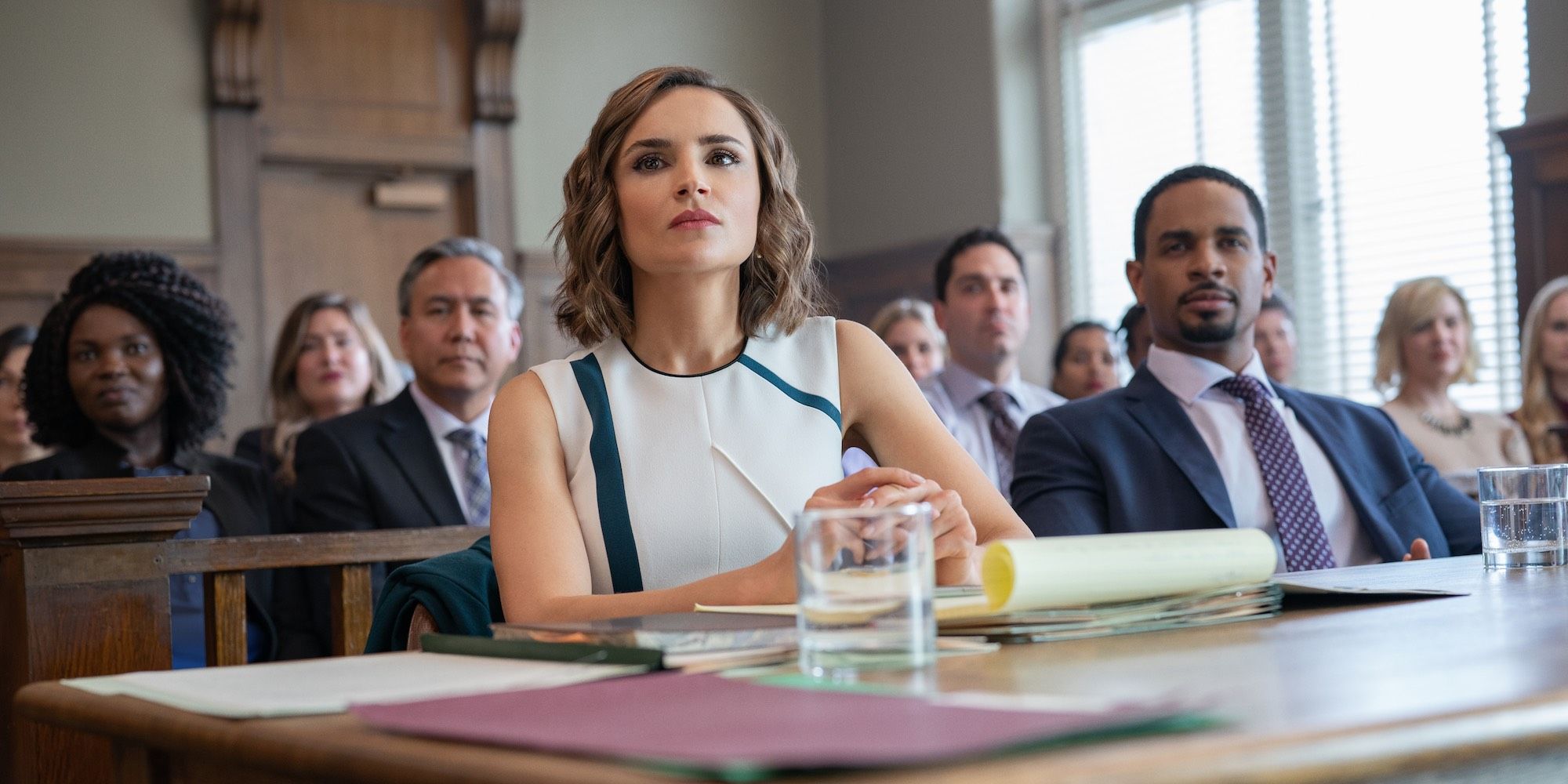 Netflix’s ‘Love, Guaranteed’ Follows the Rom-Com Algorithm, But You Might Still Swipe Right

She’s a litigator who spends her days in court defending the little man pro bono and her nights alone with nothing but Chinese takeout for comfort. He’s handsome, wealthy, and charming but totally incapable of falling in love — or so it seems. It’s the perfect setup. By the time the title card appears, accompanied by Tiffany’s 80s pop anthem “I Think We’re Alone Now,” Netflix’s Love, Guaranteed has laid out all the standard rules for the romantic comedy. The next 90 minutes won’t do much to challenge those rules, but it’s a fun 90 minutes nonetheless.

Our handsome leading man, Nick, played by Damon Wayans Jr. (“New Girl”), has gone on 986 dates via the dating website “Love, Guaranteed,” which, as the name implies, guarantees users will find love. With date #1,000 approaching, Nick hires lawyer Susan, played by Rachel Leigh Cook, to sue “Love, Guaranteed” for false advertising. She describes him as “gross” and “annoying,” but she still takes the case. You can probably see where this is going.

Cook is best well-known for her work in the 90s and early 2000s, mainly The Baby-Sitters Club, She’s All That, and the cult classic Josie and the Pussycats. In recent years, she’s starred in several Hallmark Channel original movies, and the film’s connection to Hallmark doesn’t end there. Writers Hilary Galanoy and Elizabeth Hackett wrote Hallmark’s Oh Christmas Tree (also known as Fir Crazy) and the 2019 Netflix rom-com Falling Inn Love. Meanwhile, director Mark Steven Johnson is better known for comic book films like Daredevil and Ghost Rider; his only previous film in this genre is 2010’s When in Rome. So naturally, there are Hallmark-y fingerprints all over Love, Guaranteed, down to Susan’s two sassy yet supportive coworkers (played by Sean Amsing and Lisa Durupt), who seem to be having an absolute blast in every scene. The story is predictable and by-the-numbers, but that doesn’t mean it isn’t entertaining.

There are some solid jokes in the movie, particularly the swipes at more current trends like pumpkin spice lattes, intermittent fasting, and, of course, the perils of dating apps. Heather Graham (The Hangover) parodies influencer culture as Tamara Taylor, the CEO of “Love, Guaranteed.” Tamara ultimately doesn’t have much to do, but her eccentricities make her a fun character to watch, particularly as she spouts off namastes and what may or may not be Buddhist quotes, an on-point critique of American Orientalism in the name of self-care. She and her lawyer crony are the Goliath; Susan and Nick are David. When they finally face off in court, I found myself unwittingly engrossed. What can I say? The formula works.

Ultimately, Love, Guaranteed plays it by-the-book to create a feel-good love story with solid performances and genuine charm. If you read the premise and thought, “I’m in,” you almost certainly won’t be disappointed. For the rest of you, this isn’t going to be the challenging, genre-defying movie that will change your mind. For me, it was as warm and comforting as a pumpkin spice latte on a fall day.

I recently stumbled upon a study on why we love rewatching movies and rereading books. It turns out the human brain loves predictability. It’s easier to process things we’ve been exposed to previously. Plus, nostalgia is basically comfort food for your mind. In these crazy times, where so much is out of our control, a little predictability isn’t unwelcome. So snuggle up, maybe pour yourself a glass of wine, and turn on Netflix’s Love, Guaranteed, if that’s your thing. Sure, it’s not taking home any Oscars, but it’ll make you smile. Guaranteed.