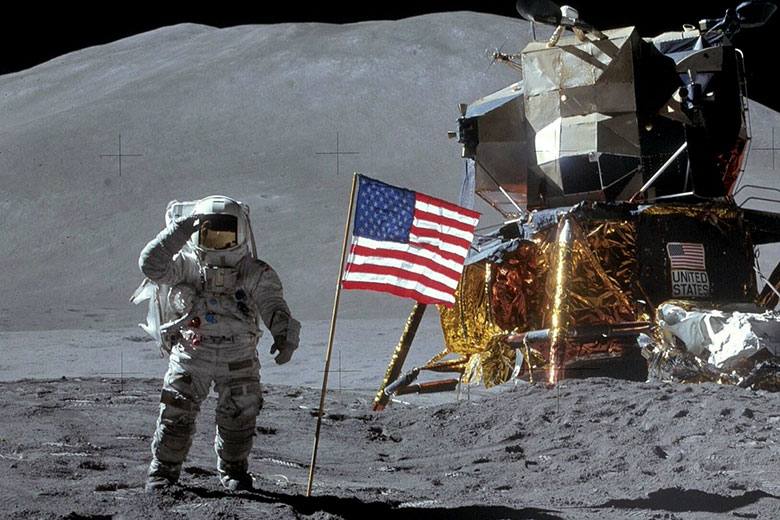 It’s been half a century since the significant culminating events of the Space Race, and the film landscape is making good on celebrating this milestone. 2018 saw several high-profile releases for Stanley Kubrick’s 2001: A Space Odyssey, plus there was the debut of First Man, Damien Chazelle’s fantastic Neil Armstrong biopic. And even more recently, there was the 2019 IMAX release of Apollo 11, Todd Douglas Miller’s fascinating documentary. Not to be outdone, the Criterion Collection recently offered the acclaimed documentary For All Mankind to early subscribers of their approaching streaming service.

For All Mankind won several awards at the 1989 Sundance Film Festival and was nominated for Best Documentary Feature at the 62nd Academy Awards (an award it ultimately lost to Common Threads: Stories from the Quilt). While it initially received a lukewarm response from general audiences, the film has gone on to become a widespread favorite of the documentary genre, as well as the non-fictional space exploration milieu. Directed by journalist Al Reinert, the film was in development for eight years and is composed of archival footage shot over the course of the Apollo Program, along with overlaid narration from many of the astronauts involved.

It’s clear at first sight that this footage—which was recorded in the late 1960s and early 1970s—was shot on film (16mm manually enlarged to 35mm by Reinert). In addition to looking utterly fantastic all throughout, there’s an immediate aura of history and spectacle as a result of this recognizable visual aesthetic. For All Mankind is only 80 minutes long, but not a second is wasted in immersing the viewer into this time and place, usually without much context. It manages to shed the familiar portent associated with the famous events and present them in a more interestingly down-to-earth fashion.

Interestingly, significant portions of the runtime are devoted to seemingly mundane moments, as most scenes depict life aboard the various spacecrafts. We often think of these space missions in terms of how groundbreaking they were, but For All Mankind reminds us that there’s a strict level of adaptation necessary to prepare meals in zero gravity, and the astronauts had to spend a lot of their time collecting rocks and dust from the Moon’s surface. It’s a kitchen sink strategy applied to real-life space exploration, and it effectively emphasizes the true details of history.

Where the film fell short for me, unfortunately, was in its general structure and presentation. The pacing works just fine, but the footage itself, which spans several different manned missions, is presented entirely without clarification as to where and when we are. I know of the events taking place, but I’m not intimately familiar with the specific details of each mission, nor can I recognize the narrators by their voices, so I found it very distracting that I rarely knew the year or mission depicted. The Criterion Channel has included an alternate version which includes onscreen identifications, and I wish I had watched that version instead, because the contextual separation prevented me from getting all the more invested in the wonders presented.

The narration also has pitfalls. A disembodied voice providing something of an inner monologue to match the visuals might be a good idea in theory, but it becomes jarring and frustrating when the voice shifts from an existential reflection on evolution to a tedious explanation of how music is played aboard the shuttle. The original cut of the film featured no narration whatsoever and let the visuals speak for themselves, and I’d have greatly preferred to see something more entrancing like this. It took me out of moments I would’ve loved to have been transfixed by, and I ended up feeling somewhat let down by this heavy-handed aspect of the film.

Having said all this, it should be abundantly noted that I’m in the vast minority of merely liking the film, because the real magic of For All Mankind is the pure act of seeing achievements of humanity and science in action. It’s an enthusiastic celebration of man’s universal determination, one that reaches beyond patriotism or historical significance. Even with the tonally compromising narration, the film remains an impressively captivating and mesmerizing work of cinema, greatly aided by composer Brian Eno’s striking ambient score. And I suspect that I’m only one rewatch short of catching the astronomical beauty Al Reinert wanted me to see, and I can wholeheartedly recommend giving this space odyssey a whirl.

For All Mankind, along with every other weekly title, will be available to stream when The Criterion Channel debuts on April 8. Come back next week for a piece on Edgar G. Ulmer’s Detour!