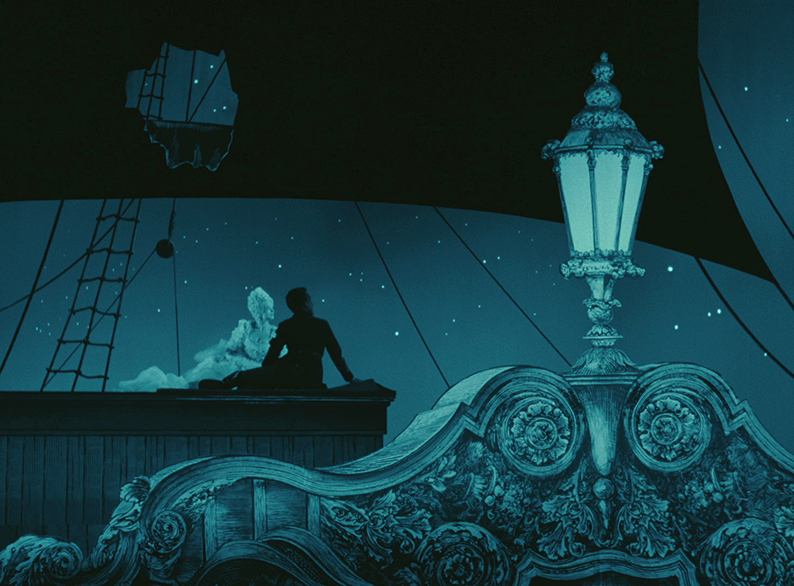 Movie of the Week – The Fabulous Baron Munchausen

Home » Movie of the Week – The Fabulous Baron Munchausen

It’s been some time since I’ve been completely and utterly transfixed by a film. It happened quite often back when I started to really dive into cinema; it was only 2015, but it seems like a thousand years ago, and I remember everything I watched seeming so unique and tantalizing at the time. Naturally, the frequency of this sensation started to die out as my knowledge grew, and it slowly began to take a lot more for a movie to truly knock my socks off.

I don’t regret or lament this by any means, and in fact, I’ve grown rather proud of the viewer I’ve grown into, but I’d certainly be lying if I said I didn’t miss that feeling of being unrelentingly dazzled on a more consistent basis. As it turns out, this enigmatic experience might not be as extinct as I had imagined, because I can safely say The Criterion Channel’s penultimate Movie of the Week (before the official debut of their streaming service) has arrived just in time to remind me of the wonders that cinema is capable of showing us all.

Released in Czechoslovakia on September 21, 1962, the film in question is Karel Zeman’s unrestrained odyssey of imagination known widely as The Fabulous Baron Munchausen, translated from the Czech title Baron Prášil. The film, in a glorious blend of live-action photography and various forms of animation, follows the iconic Baron through a classic and fanciful tale in which the boundaries of logic are at the mercy of imagination itself.

The opening shots of Munchausen quickly ensure that the viewer is in for something special. In a striking animated sequence, the point of view continually shifts upward to include a pond, swarm of butterflies, flock of birds, chronological progression of human-built aircraft, and, finally, a spaceship. In addition to establishing the hypothetical realm of fantasy occupied by the remainder of the film, this opening sequence also allows the viewer to become immersed in the film’s dynamic visual sensibility.

The level of detail and aesthetic appeal seen in the animated setpieces is impossible to ignore. It truly appears as though the illustrations of an old-fashioned storybook have suddenly leapt off the page through some bizarre circumstance, and I couldn’t get enough of it. I could instantly tell that Zeman’s innovative style massively influenced the likes of René Laloux, Terry Gilliam, and Wes Anderson, but there’s an unprecedented fervor here that makes Zeman’s touch stand out, all the same. It’s a surreal, visual symphony from beginning to end, and I couldn’t bring myself to look away for even a second.

The specific story beats are somewhat classical and incidental, but the basic premise is that an astronaut (Rudolf Jelínek), upon landing on the Moon’s surface, encounters Baron Munchausen (Miloš Kopecký), the sensational and satirical caricature of adventure and fantasy created by Rudolf Erich Raspe. Munchausen believes the astronaut to be an actual man from the moon, and the two travel to Earth and embark on a swashbuckling series of exploits involving sword fights, warring armies, sea monsters, and the captive Princess Bianca (Jana Brejchová).

This kind of Odyssean story might sound familiar, and it certainly is, but Munchausen invokes an enthusiasm that reminds me why these stories are revisited again and again. Whether a particular scene in one of these stories is humorous, suspenseful, rousing, intimate, existential, or contemplative, they’re all told with an equal amount of sincerity and determination. The storytellers — both in front of and behind the camera — are clearly excited to be part of such a classic tapestry of storytelling tradition, and nothing here ever feels tired or rote as a result. It’s told in a twee and eccentric fashion, and I’m not always entirely sure what the hell is going on, but the energy surrounding it all is so infectiously eager, it never comes off as a narrative shortcoming. The film is never meant to be especially dramatic or heavy, but because of its youthful energy, I find myself just as invested in the story as I would be in something more serious.

At the center of it all is Baron Munchausen himself, whom the film is effective in presenting as a larger-than-life figure, especially in contrast with the more traditionally “relatable” astronaut (your standard, stoic Armstrong type, for example). For a large portion of the film, the two main characters are somewhat at odds with each other because of their competitive affection for Princess Bianca, and I believe this is a metaphorical representation of the tenuous relationship we share with the legends we create. The fact that Bianca staunchly follows her heart and chooses the astronaut serves as an elegant thesis on how the heroes we look up to aren’t so different from us, and life’s greatest offerings should be available for everyone. We may not be a match for the legends, but perhaps we shouldn’t feel the need to be.

It should go without saying that The Fabulous Baron Munchausen comes highly recommended by me, and I can only pray that this review somehow manages to do it the justice it deserves. I’ve truly never seen anything like it, even from artists heavily inspired by Zeman’s art, and that alone is easily worth a world of praise. I’ve been mulling over this one for several days now, and I’ll almost certainly continue thinking about this film for the rest of my life. It’s an approachable, captivating, and enchanting celebration of everything human imagination is capable of, if I’ve ever seen one, and I can assuredly proclaim it as an instant, all-time favorite.

And with that, we have just one more Movie of the Week to cover as The Criterion Channel is now available to all subscribers. The catalogue includes everything we’ve covered on this column thus far. If you’d like to see this Movie of the Week series continue in some form, please let us know in the comments below!