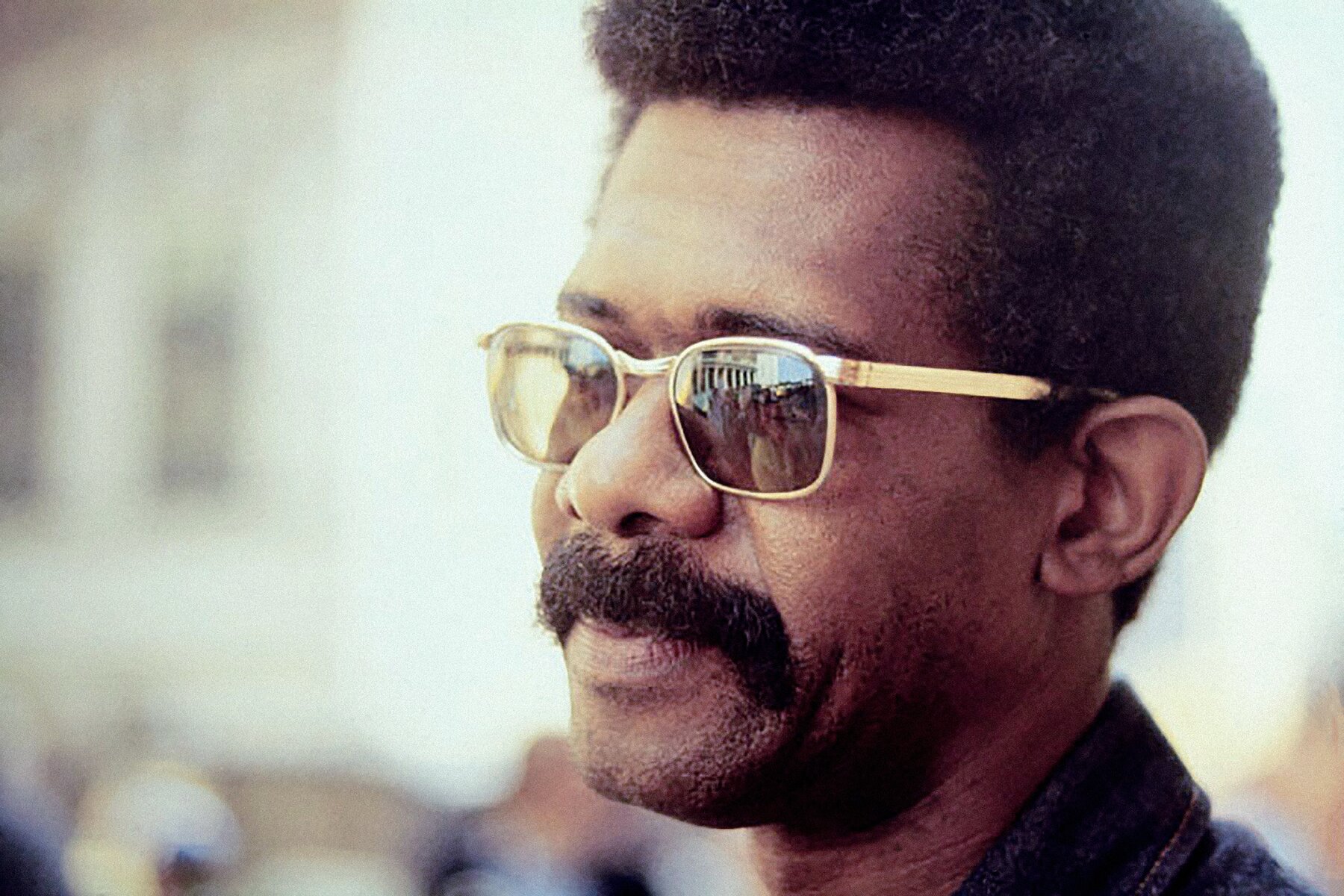 ‘Mr. Soul’ is a Documentary that Shouldn’t Be Ignored, Just Like the Man it’s Based on

Home » ‘Mr. Soul’ is a Documentary that Shouldn’t Be Ignored, Just Like the Man it’s Based on

If you search the name “Ellis Haizlip” in your preferred search engine of choice today, you won’t get a lot of results. There is no Wikipedia page, and his IMDB spotlight is slim, to say the least. Most of what you’ll get are stories and reviews about Mr. Soul, the documentary detailing the life and career of Haizlip and his time as the producer and host of “Soul!” from 1968 to 1973. A documentary, I might add, that most people wouldn’t even know to search the name of because much like the person it’s analyzing, it wasn’t massively advertised. Still, Mr. Soul is just as important to American life and TV as the man himself was.

Mr. Soul tells the inspiring story of Haizlip and how his television program “Soul!” came to be. Described as America’s first “Black Tonight Show,” “Soul!” ran from 1968 to 1973 on Channel 13. But the show was so much more than just your average “Late Night” type of TV show. It was a celebration and presentation of African-American culture, lifestyles, and talent. It put these elements into the spotlight, thanks in no small part to Haizlip, who believed that his show was the best place for these iconic black voices to be heard. This was mainly due to the fact that at the time, it was the only place for them to be heard.

Like the film explains at the start, America’s three biggest television networks may have been celebrating the arrival of color television, but it was clear from their primetime lineups that Technicolor was the only one they were interested in. We see this point made not only in writing, but visually as the film gives us a quick montage of NBC, ABC, and CBS’s most popular shows. Everything from “Bonanza” to “The Beverly Hillbillies” is shown, displaying a portrayal of American culture through one very specific lens.

Now, I grew up in the era where cartoons and cheesy “tweenage” sitcoms were the craze, and networks like Nickelodeon and Disney Channel were the rulers of my short attention span. But if it wasn’t “Spongebob Squarepants” or “Even Stevens,” I’d usually catch reruns of shows like “Full House” or “F.R.I.E.N.D.S.” Growing up as a young person of color glued to the TV set like every other home in America, there wasn’t a lot of visual or cultural representation for me to cling to. There were some, like “The Fresh Prince of Bel Air” and “That’s So Raven,” but they were lost among a sea of other shows aimed at centered around a very different type of audience.

If you grew up in the 60s, you had even less to choose from. As Mr. Soul demonstrates, primetime television wasn’t exactly a centerpiece for cultural diversity. That’s why the invention of a program like “Soul!” was so important, a fact that Mr. Soul himself does a pretty stand-up job of proving. Though my parents would probably like to disagree, television is a very important aspect of our world. The shows we watch don’t just imitate life in America, they sometimes directly influence how we shape it. The stories we tune in to, the stars we watch—and subsequently model our behavior after—it’s all a give and take. This was especially true during the 60s and 70s, a time when America went through a massive cultural change, a revolution—one that you wouldn’t see televised very much if you were tuning in to those three major networks.

With his show, Ellis Haizlip not only showed a different side of this cultural shift, but he also displayed a side of America that a lot of Americans had never been exposed to before. Especially not in this way. The show was created by and for African-Americans, a display of culture and creativity the likes of which had never previously been aired on television. Everyone from Al Green and Gladys Knight to Stevie Wonder and more made multiple appearances on the show alongside dozens of other musicians, dancers, and poets. Most, if not all, of the performers on “Soul!” were appearing on live television for the first time.

Haizlip’s platform gave many young and rising African-American stars of the late 60s and early 70s a chance to essentially be themselves in an unedited, unfiltered way; a feat that was very impressive in terms of public television in general at the time. Mr. Soul demonstrates the significance of Haizlip’s show and the impact it had on African-American representation in media. This was before Arsenio Hall and Oprah, and in many ways, this show opened doors for them and every other Black creative that would come after its creation. Director, producer, and writer Melissa Haizlip does a great job displaying the impact of “Soul!” both on television and on the American people, with narrator Blair Underwood really driving home the importance of the program and its creator. America had just faced the dawn of the Civil Rights Movement, and “Soul!” was very much a product of it. Haizlip used this opportunity to show a side of the movement that many hadn’t seen before, personalizing it and humanizing the powerful figures behind it. A crucial example of this in the documentary is when Haizlip has on Betty Shabazz, the wife and widow of Malcolm X.

As many of the guest speakers in the documentary point out, Haizlip was a pioneer, a mentor who used his platform as a means of giving so many of his colleagues their own. That’s why it’s a shame how many today, myself included, never really knew much about him until now. Mr. Soul does a fine job detailing his life as a Black, gay man with dreams bigger than the world he lived in would normally allow. He pushed for diverse representation, for the voices you wouldn’t hear before to now be heard by thousands every week in the comfort of homes all across the country.

Without giving away too much, you can probably guess how Haizlip and “Soul!” ended. A show by and for African-American voices was extremely rare at the time, and even though it lasted five years, the show eventually stopped airing. It seemed doomed to fade into cultural obscurity, another “niche” program lost to history. Thankfully, Mr. Soul showcases the story and ambitions of Haizlip in a way that’s similar to how he did the same for many African-American voices over 50 years ago.

What makes Mr. Soul such a powerful and relevant documentary is that much like the show it’s based on, it isn’t what you might think it to be. Sure, you could look at “Soul!“ and at first glance assume that it’s just another talk show, the only difference being that this time the host is Black. But take a longer look and it becomes clear that the show was never really about the host, but rather the inspiring Black artists he brought on to share their stories in whatever way they felt appropriate. Mr. Soul is similar, in that it’s easy to take it at face value and assume it’s just another documentary about a man and his show. But the film is so much more than that.

It does put the spotlight on Haizlip and his incredible journey, but it also shines light on those of us in the audience. It reminds us that even though “Soul!” was taken off the air prematurely and almost forgotten, the impact it had on our culture persisted. This is an idea displayed profoundly toward the end of the documentary as we see a montage of several notable moments from African-American history since “Soul!” finished its run, and we’re reminded of everything we’ve been through since. From the rise of Black musicians like Jay-Z and Beyoncé to Barack Obama, America’s first Black President. These moments and more remind us that things are far from perfect, and there is still a lot of struggle out there, but programs like “Soul!” opened the door for those voices that were once hushed to be louder than ever. Like the man behind it, this important and beautiful documentary shouldn’t be forgotten.