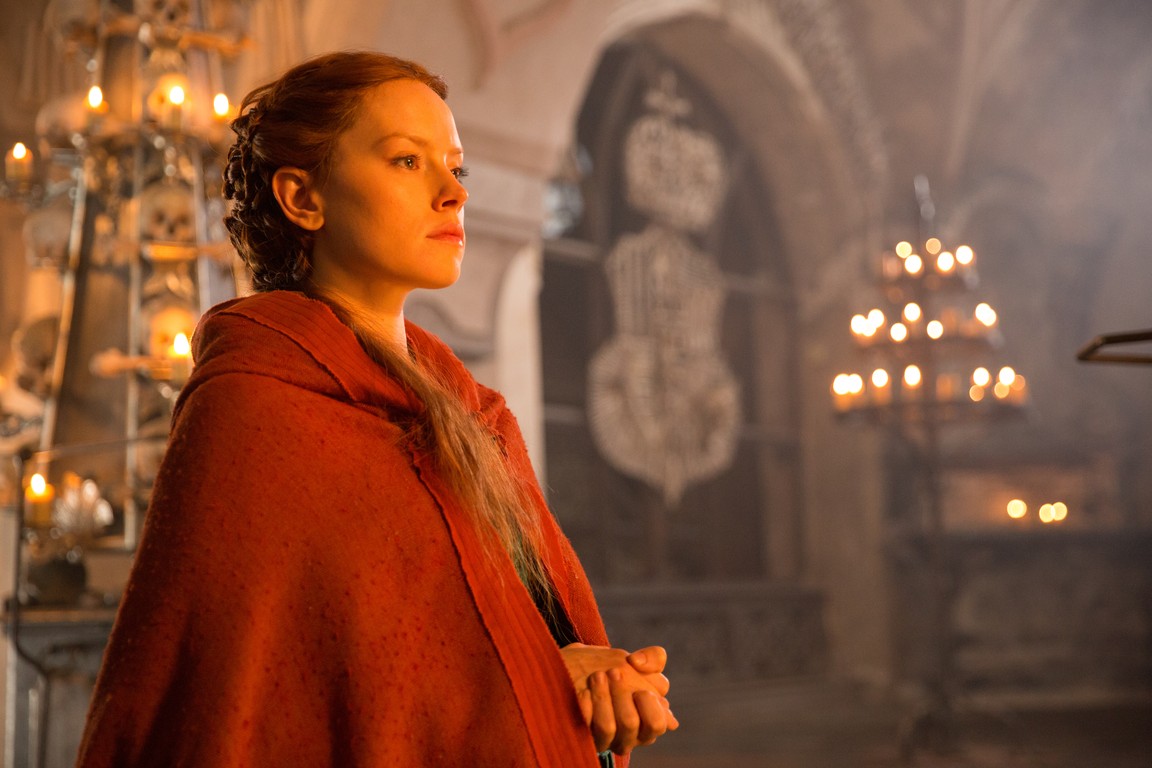 What we know of Ophelia has only been communicated by men. Shakespeare wrote her, Hamlet showed her disdain, and our high school English teachers misjudged her actions for hysteria. She is a tragic character worth revisiting, and worth further examination. Her story, though thought to be mostly miserable, has earned a more hopeful iteration. It’s that hope of the young Lady in Waiting that’s offered by director Claire McCarthy in this adaptation of Lisa Klein’s novel of the same name, Ophelia.

Here, readers of Shakespeare’s prose and iambic pentameter find a childish, rambunctious Ophelia in the courts of the King. Though a bit of a rapscallion, Ophelia holds herself firmly growing to be a Lady in Waiting to Queen Gertrude and falling in love with Prince Hamlet. But for anyone who knows the story of Shakespeare’s tragic prince, the core of the narrative shifts to Ophelia, who proves to be the most human in a court teeming with madness and obsession.

McCarthy’s adaptation of Klein’s novel is a feast for the eyes. Between the threads of Ophelia’s costumes and the skeleton chandelier, every bit of the palace is built with absolute precision and reverence for the time Shakespeare sought to immortalize in his work. But the building goes far further than the sumptuous set pieces and lurid colors of the costumes. The greatest reflection comes from Daisy Ridley, the unassailable heart of the film.

As Ophelia, Ridley is assured and calculating. Her sternness and survivalist instinct never remain in the shadow of her purity and sweetness, her honesty and truthfulness. It’s this very dichotomy of this version of Ophelia that becomes the most vexing, not for the audience but for the players around her. Throughout the film, the men, and even the women of the court deem the perceived fairer sex to be either dangerous or pure, a threat or a figure whose affections to pine for. But Ophelia proves not the anomaly, but the standard.

Klein’s narrative — and Semi Chellas’s screenplay — features Ophelia maneuvering the obstacles of power and madness without either element ever vexing her. Combined with a new reading and understanding of Hamlet himself, the once despondent figure of Shakespeare’s play is given more agency and drive, sustaining both her threat to the court and to usurper King Claudius, with an equal match of truthful, just intentions to save the man she loves and leave the court by any means necessary.

McCarthy’s film succeeds in what it sets out to do, matching a new reading of the iconic Shakespearean figure with a dynamic cast that puts the words and intentions into motion. Chellas’s script toys with the language and poetry of the playwright’s work while still incorporating enough layman’s terms for even a novice Shakespeare reader to comprehend. That ease of comprehension, however, becomes muddled in the film’s final and third act.

While so much of the film resides in a new reading on Ophelia’s character, the latter half seems focused on threading the needle between this new iteration and the play to create a tapestry of the latter’s final movement of tragedy. Ophelia’s convictions, though still intact, come second to the film’s need to culminate in the uproarious bloodbath of Shakespeare’s play. Still, the film ends on a hopeful tone and a want for reflection on Ophelia’s character and her true intentions in spite of the various characters’ inclinations from power hungry to vapid.

Ophelia is a stunning incarnation. Gestating for hundreds of years, the anatomy of the film is complicated and meticulous and not without its faults. Ridley cements herself as capable beyond the galaxy of Star Wars, while leading a cast that offers a new reading on this tragic tale. And yes, Steven Price’s score is undoubtedly bop-worthy