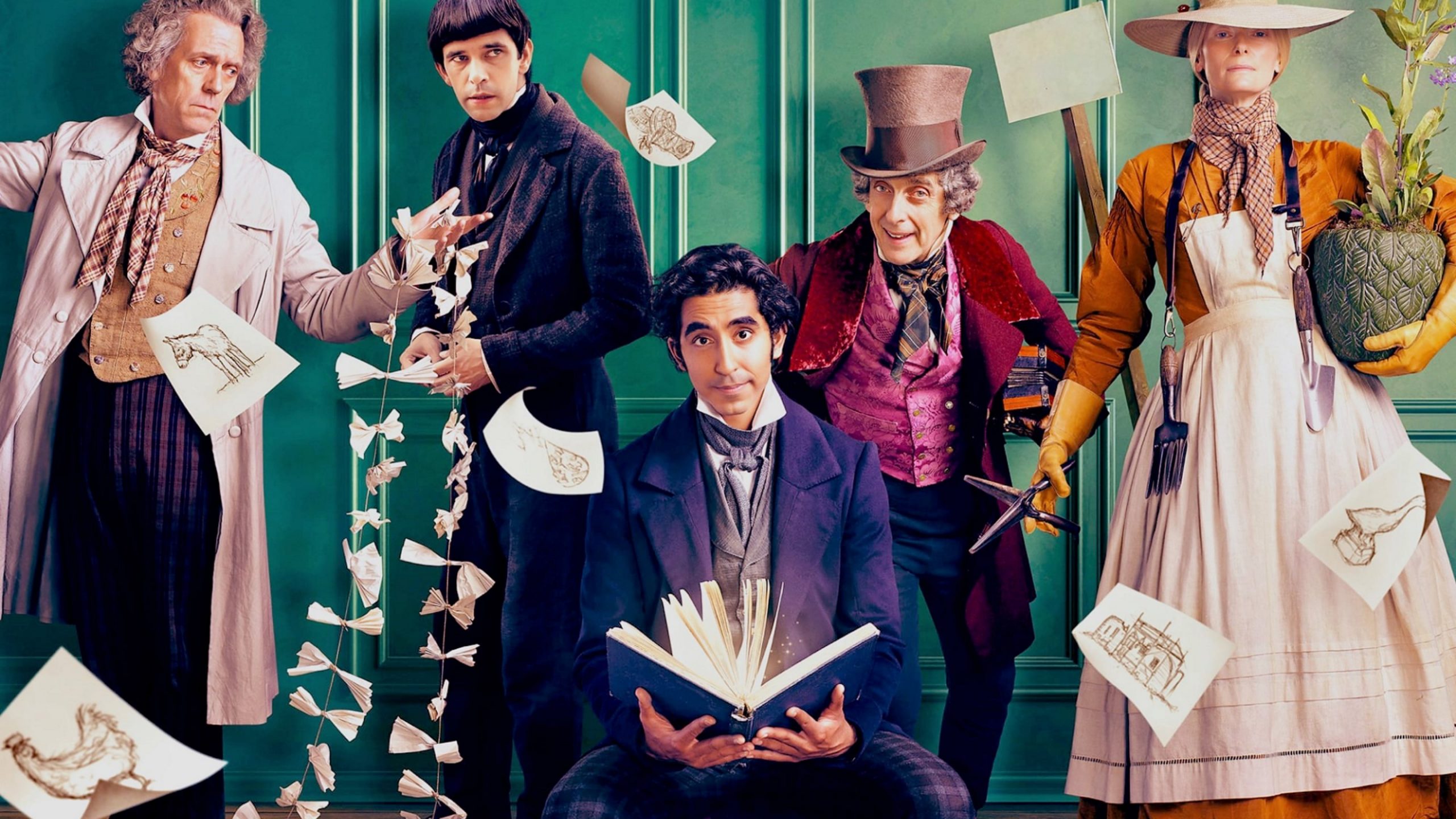 ‘The Personal History Of David Copperfield’ is a Fun, but Flimsy, Dickens Adaptation

Home » ‘The Personal History Of David Copperfield’ is a Fun, but Flimsy, Dickens Adaptation

I’ll never claim to be a great source of knowledge when it comes to the works of Charles Dickens. My familiarity with his words derive from other sources, mainly various adaptations of varying faithfulness, as well as stylistic and bombastic re-imaginings of his material that may or may not honor the “spirit” of his original scribbles. Therefore, I cannot tell you whether or not The Personal History of David Copperfield is a fitting adaptation, nor if it properly honors Dickens’ long-standing legacy and cultural relevance. But here’s what I can tell you.

This film wasn’t exactly what I expected.

Not because it does anything too revisionist with the text. Quite the opposite, in fact. What seems rather subversive about the latest film from satirist Armando Iannucci (The Thick of It, Veep) is that it’s actually a more straightforward retelling of the classic 1850 novel, allowing the comedic director to play with his own storytelling formula, rather than make a mess of what Dickens brought to the page. Personal History is, therefore, a rather traditional take on the Dickens novel, minus some whiz and flash with its visual stylings. But it represents an interesting step forward for Iannucci, allowing him to push against his usual cynicism as a writer and director in order to make an unexpectedly sentimental and self-explorative adaptation.

In the title role, Dev Patel is charming and personable, matching the Scottish filmmaker’s uniquely good-natured efforts to bring some fresh, visual life to this centuries-old text. He provides the right boyish enthusiasm and fanciful eagerness to win audiences over. His warm-hearted performance can sometimes be outmatched by the general busyness of the narrative, however, as Iannucci’s script (co-written with Simon Blackwell) is often racing against a ticking clock to keep this endeavor under the two-hour mark. To do so, I imagine he needed to sacrifice a number of smaller, more intimate moments created by Dickens’ pen. This doesn’t hurt the storytelling in the midst of the action, necessarily, but it comes at a steep cost. For a movie that’s centered around a man examining the tumultuous circumstances of his life and trying to bring clarity to his unorthodox and inexplicable existence — one that’s filled with both whimsy and tragedy — the restlessness of the filmmaking here is both fitting and unbecoming.

Iannucci excels at visually expressing the flowing freedom of a writer finding himself in his words, which not an easy thing to capture effectively. Personal History is by far the storyteller’s most cinematic venture, which makes it sad to know that most moviegoers (including myself) won’t get to see this one on the big screen in the U.S. anytime soon. And, for the time being, they shouldn’t.

Additionally, great interest and care are placed into the visual presentation, and that’s certainly exciting for Iannucci fans. His familiar cinéma vérité style is notably absent here, replaced with a floaty, poppy sensibility, which is surprisingly invigorating, mainly for how sharply it stands out compared to his other directorial efforts. Zac Nicholson’s (Les Miserables) camerawork is expressive and dynamic throughout, and it helps bring an appealing approach the filmmakers were clearly striving for.

But this buzziness also makes the film feel maybe a bit too lighthearted at times. It’s as though the meat of Dickens’ text has been ground into tiny, bite-sized chunks to be swallowed instead of chewed. Considering the limitations of the film’s runtime, this is fairly understandable. Better to bring zest to every individual moment than to really dive too deep into anything particularly weighted, which is a motto that rings true for a proven satirist. But there’s the perpetual sense that something is lost, or something was always absent in this adaptation. For as much fun as the whizzy moments can be, their emotional impact ends up feeling slightly truncated.

As a result, the somber moments toward the end don’t have much staying power, and there’s something that can seem inherently distant about this narrative approach, even when the camerawork is working overtime to immerse the audience in its energetic glee. This is where Personal History is left in a precarious position. It’s hard to fault the zippy style, but there can be a stark contrast between Iannucci’s facial sensibilities and his sincere attempts to bring Dickens’ writing to life in a just way. It’s a delicate juggling act that works wonderfully in spurts but feels far more inconsistent than it did in The Death of Stalin or In the Loop, both of which are far more mean-spirited yet more on an even keel tonally.

The key to Iannucci’s work has traditionally been more about bluntness as opposed to swiftness, which stays true for this movie’s funnier moments. The ensemble — which includes winning supporting turns from Hugh Laurie, Peter Capaldi, Benedict Wong, Nikki Amuka-Bird, and more — are all expectedly game and play well with the material. But they can also appear a bit restrained by the movie’s fast-wielding hurriedness. They make an impression but not an impact. They’re charming but never fully endearing.

Only Patel gets the elbow room needed to wiggle around and play a bit, which is fine because it’s his movie. He should have that luxury. But it makes the comedy feel a bit too singular. Certainly, there are worse ways to scale down a quintessentially long classic novel to a more palatable two-hour movie; I believe (at least for the time being) that Iannucci’s successes override his failures in this case. There’s an overflow of passion to be found here, and not unlike last week’s atypical Tesla, there’s something one must admire in how rambunctiously eager the film is to introduce or reintroduce an old story to a new or familiar audience.

If anything, I wish Iannucci felt more emboldened to trust his vision and try his own thing, as his biggest hang-ups appear to be whenever he tries too hard to stay true to the words and keep his satirical directorial influence in place. In his stripped-down but often boisterous approach, Iannucci is both liberated and stuck on the page. For folks who want a David Copperfield adaptation with some extra spices thrown into the pot, there is a great deal to enjoy here. Though they often complicate the text’s overarching themes, if rarely giving them their full, proper due.

The creative enthusiasm here often prevents the film from being too stuffy and formal, to be clear. But compared to Iannucci’s other works, Personal History is more admirable as a creative challenge than something sensational or worthy of the filmmaker’s past achievements. Dickens fans should be amused, but they won’t be astounded. It has a lot going for it, but Iannucci’s take on Dickens might not have its own personality.