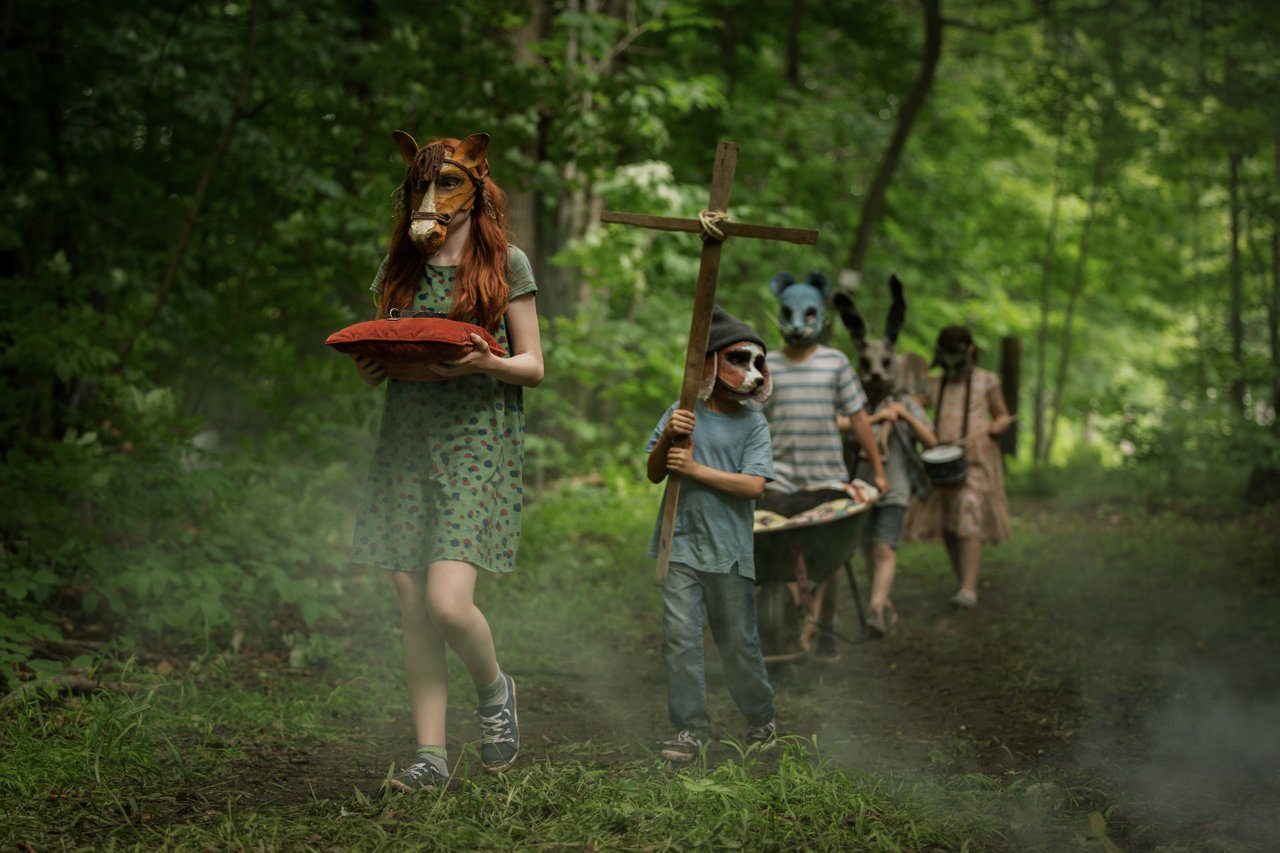 ‘Pet Sematary’ Review – When it Comes to this Remake, Dead is Better

Home » ‘Pet Sematary’ Review – When it Comes to this Remake, Dead is Better

The escapist horror of Stephen King is known and perhaps beloved for its eery “other” worlds and frightscapes mirroring our own reality, yet are not quite the same. Something is always off in the very best of King’s written stories and media adaptations, and in the same way, Pet Sematary (a remake of the schlocky 1989 horror hit) contains just about everything recognizable in a memorable, unshakeable King horror, but something here inevitably strikes as a bit twisted and wrong.

In regards to the original, this new remake from directors Kevin Kölsch & Dennis Widmyer has a nearly identical set up. The Creed family has recently moved from their urban setting to a decidedly more rural haunting ground in Ludlow, Maine (where the town of Derry in It is of course only miles away). The husband and wife duo, Louis and Rachel (Jason Clarke and Amy Seimetz), claim assuringly to one another that this big change is for the better of their children, a daughter named Ellie (Jeté Laurence) and a toddler named Gage (Hugo and Lucas Lavoie).

Almost immediately, however, the family begins to encounter sudden, unexplained, and perhaps even supernatural visions that spell their uncertain doom, coinciding with a friendly introduction to their next-door neighbor Jud (John Lithgow), who harbors a dark secret or two concerning the nearby “Pet Sematary,” where locals bury their pets in the hopes they may soon come back to life. “Sometimes, dead is better,” Jud convincingly conveys a little too late through a roaring camp fire.

Death is a frequent topic with the Creed family these days, as it echoes in the lives of just about every member. Louis is a doctor who struggles with his own impressions of life as fleeting and death as fittingly permanent. Rachel combats the demons of her past, as well as the deadly mistakes that may produce the ultimate consequences for her if the afterlife deems necessary. And Ellie can’t seem to wrap her cute little head around of any of this, except she can’t help but figure something is disturbingly different about her cat, Church, who has reappeared after “running away” a more frazzled and violent reflection of his former self.

The fragility of life and harshness of death courses through Pet Sematary like a studio-mandated fog, ripping the viewer from believable immersion. There’s something truly mean-spirited and hackneyed about Jeff Buhler’s script (with story credit to Matt Greenberg), a noteworthy spin of the original material, which certainly proves the case in how endings may resemble each other in circumstance, but can also offer drastically different tones and takeaways not for the faint of heart (or even the most heartless).

Granted, if you’re going to resurrect a horror film most people have seen or at least know the beats of, why not mix things up a little? The problem is that the result is far from fresh, and it serves only to prolong the grief of a story with such thematic finality. Jason Clarke, in particular, serves up a muted presence with less than half the intriguing backstory of his wife, yet is given almost all the weight of the script’s most harrowing agency. The film’s saving grace (if one could reasonably call her that) is at least half of Laurence’s turn as Sematary‘s wandering protagonist, who begins as a grating neighborhood kid suffering through hollow lines of dialogue, only to grow into a truly crucial actor at the film’s center.

Not much else can be said of note with Lithgow, who takes on the daunting task of ensuring the film’s 10 pages of exposition are absorbed with at least the bare minimum of entertainment. It’s the sort of world-weary, sacrificial performance beneath Lithgow’s impressively far-reaching range, but he serves the film well all the same as one of the few truly likable characters on display. To fully appreciate Pet Sematary, viewers may have no other choice but to slide into complete contempt for its stars, which won’t be enough to satiate more optimistic horror fans in search of deeper meaning.

And by the end of Pet Sematary, any potential deeper meaning is put aside for standard shock value and an unremarkable creep factor. There’s no doubt the film is splattered with moments of enjoyable dread, but they’re fast food frights, capable of only providing momentary satisfaction that will likely feel worse later on. If there’s an afterlife for disappointing horror, let’s hope the conceit for this one stays buried.