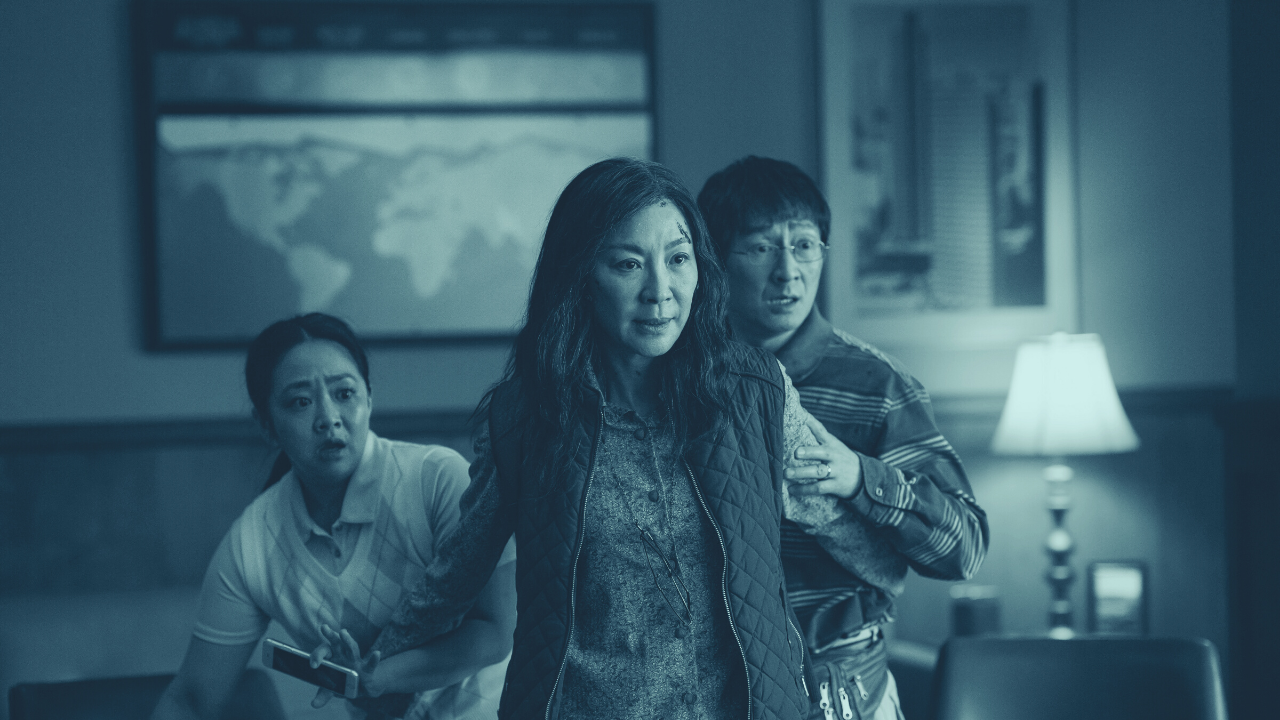 Everything Everywhere All at Once – We’ve Got Googly Eyes

By Cinemaholics PodcastApril 5, 2022No Comments

Home » Everything Everywhere All at Once – We’ve Got Googly Eyes

Talk about a multiverse of madness. This week, we’re diving into A24’s surreal and cerebral Everything Everywhere All at Once from the Daniels, directors of Swiss Army Man. Starring Michelle Yeoh, Ke Huy Quan, Stephanie Hsu, and Jamie Lee Curtis, this sprawling and manic action fantasy is definitely one we won’t forget anytime soon. We also review the nostalgic Apollo 10½: A Space Age Childhood, the newest film from Richard Linklater—animated in the same style as his films Waking Life and A Scanner Darkly—now available to stream on Netflix.

Intro Music: “Out of Nothing” by Sam Cross, Jam’addict & Farnell Newton

Synopsis for Everything Everywhere All at Once

NEW YEAR. NEW UNIVERSE. An aging Chinese immigrant is swept up in an insane adventure, where she alone can save the world by exploring other universes connecting with the lives she could have led. Unfortunately, this sweeps her up into an even bigger adventure when she finds herself lost in the infinite worlds of the multiverse. [Source: Letterboxd]

A man narrates stories of his life as a 10-year-old boy in 1969 Houston, weaving tales of nostalgia with a fantastical account of a journey to the moon. [Source: Letterboxd]