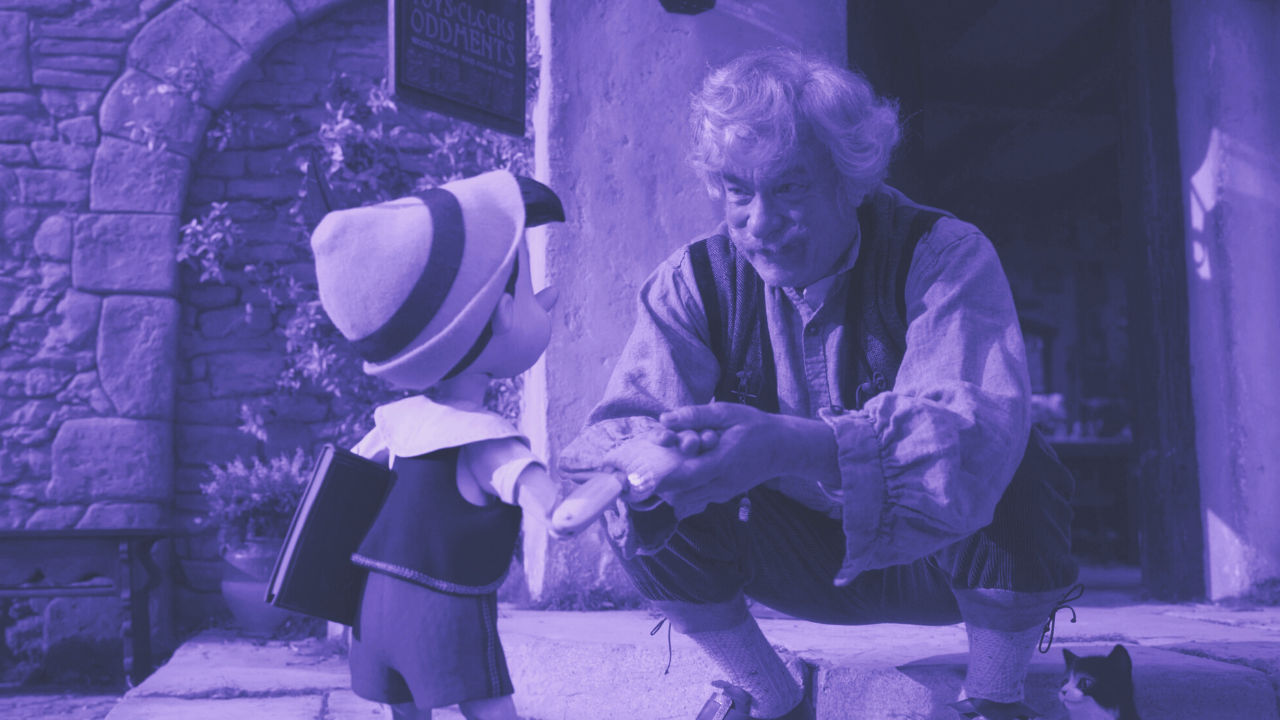 By Cinemaholics PodcastSeptember 17, 2022No Comments

We’re getting three Pinocchio movies this year for some reason, so this week on the show we’re talking about the one from Robert Zemeckis. Now streaming on Disney+, Pinocchio is a live-action remake of the 1940 classic that gave the mouse house its theme song. But can we see the corporate strings on this, ahem, wooden straight-to-streaming rehash starring Tom Hanks, Cynthia Erivo, and Luke Evans, featuring the voice talents of Benjamin Evan Ainsworth, Joseph Gordon-Levitt, and Keegan-Michael Key? Anyway, #JusticeforFigaro.

THE TIMELESS CLASSIC. A live action and CGI retelling of the beloved tale of a wooden puppet who embarks on a thrilling adventure to become a real boy. Other characters include Geppetto, the woodcarver who builds and treats Pinocchio as if he were his real son; Jiminy Cricket, who serves as Pinocchio’s guide as well as his “conscience”; the Blue Fairy; “Honest” John; Sofia the Seagull and The Coachman. [Source: Letterboxd]