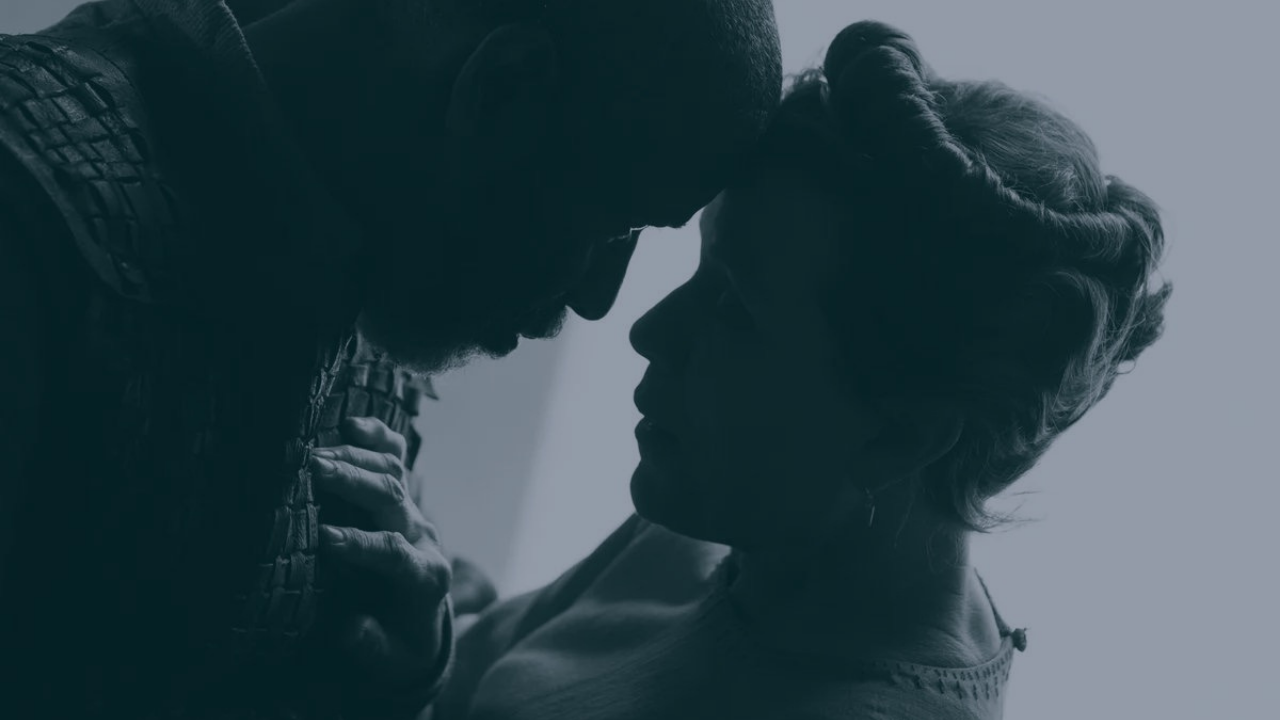 By Cinemaholics PodcastJanuary 4, 2022No Comments

Some wicked reviews this way come, and the first is our contentious debate over The Tragedy of Macbeth, a new A24 black-and-white adaptation of the classic Shakespearean play, solely directed by Joel Coen and starring Denzel Washington, Frances McDormand, and many more. Afterward, we clear our throats for Sing 2, the animated sequel to Illumination’s 2016 Sing, again directed by Garth Jennings and featuring a massive cast of familiar voices. Last, we get lost in our thoughts regarding The Lost Daughter, Maggie Gyllenhaal’s directorial debut (she also adapts the screenplay from the eponymous novel), which stars Olivia Colman, Dakota Johnson, Jessie Buckley, Ed Harris, and more.

Synopsis for The Tragedy of Macbeth:

Macbeth, the Thane of Glamis, receives a prophecy from a trio of witches that one day he will become King of Scotland. Consumed by ambition and spurred to action by his wife, Macbeth murders his king and takes the throne for himself. [Source: Letterboxd]

WHERE WILL YOUR DREAMS TAKE YOU? Buster and his new cast now have their sights set on debuting a new show at the Crystal Tower Theater in glamorous Redshore City. But with no connections, he and his singers must sneak into the Crystal Entertainment offices, run by the ruthless wolf mogul Jimmy Crystal, where the gang pitches the ridiculous idea of casting the lion rock legend Clay Calloway in their show. Buster must embark on a quest to find the now-isolated Clay and persuade him to return to the stage. [Source: Letterboxd]

Synopsis for The Lost Daughter:

BEING A MOTHER IS A CRUSHING RESPONSIBILITY. A woman’s seaside vacation takes a dark turn when her obsession with a young mother forces her to confront secrets from her past. [Source: Letterboxd]