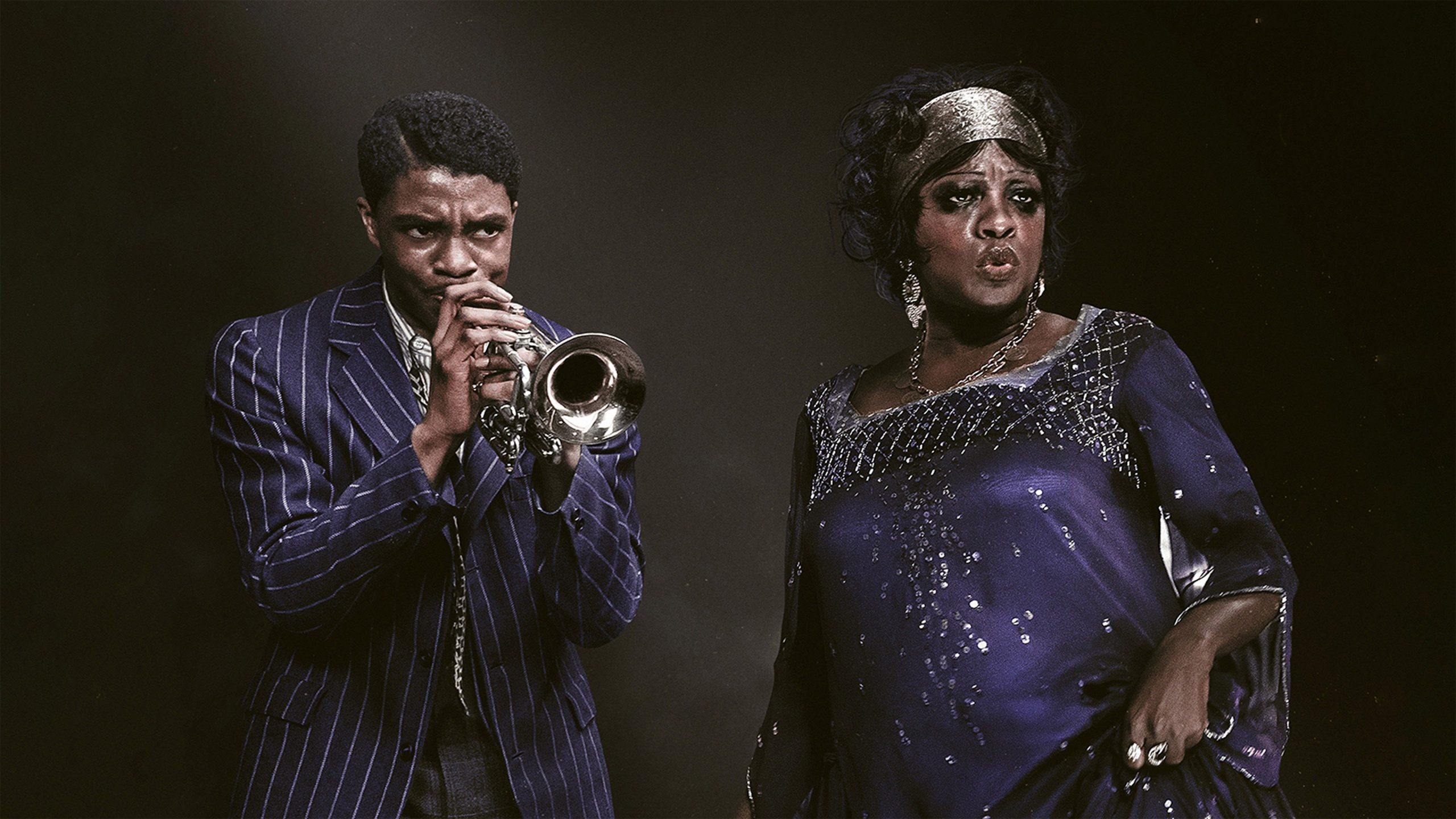 ‘Ma Rainey’s Black Bottom’ Review – Get Ready For The Best

If you told me there was a movie being made about Ma Rainey, the legendary blues singer who inspired the likes of Bessie Smith and Langston Hughes, I’d sit back and buckle in for a jazz-filled good time. If you told me the movie was based off a play written by August Wilson of Fences fame, I would immediately unbuckle myself to go and grab a pair of tissues.

Ma Rainey’s Black Bottom, based on Wilson’s play of the same name, tells the fictionalized story of the real-life “Mother of Blues” and a fateful day at a recording studio in 1920s Chicago. The eponymous Ma is portrayed by Viola Davis, while her backup band features the talents of Glynn Tulman (Toledo), Michael Potts (Slow Drag), Colman Domingo (Cutler) and Chadwick Boseman as Levee in his final performance following his untimely death earlier this year.

We follow Levee and the rest of the crew as they prepare to record some of Ma’s greatest songs for the first time. The film wastes no time showing us the roles for each band member, and I don’t just mean which instruments they play. It’s clear that when Ma is away, Cutler is the leader of the group, and most of the others fall in line. When Ma is in the room, however, there’s no question who’s boss. Viola Davis gives a powerful performance as Ma Rainey, emanating an intimidating energy that proves she isn’t someone to mess with. She controls everyone, from the band to the owner of the studio. But there’s one exception: Levee.

Levee is the one cog in Ma’s machine that doesn’t operate the way he’s supposed to. He’s growing tired of being behind the spotlight and has bigger dreams of headlining his own band. Chadwick Boseman places another incredible performance under his belt with Levee. The late actor always possessed the ability to give every one of his characters a life of their own, whether it was Jackie Robinson, James Brown, or King T’Challa. Levee is no different, with Boseman putting so much spirit and soul behind his performance, it’s easy to forget that this is just a character in a movie.

But it isn’t just him to be fair. Almost everyone in the film feels lived-in. Every member of the band comes off as real and established; not a single one of them is a throwaway character. Even Ma herself is well-rounded, as Davis leans into the role of the famous drama queen, who knows just how far her reach actually reaches. She’s well aware that once showbiz gets what it wants from her, it’ll throw her away like yesterday’s paper. With this knowledge, she plans to take what she can get from her career before it’s all over.

The relationships within the band are well-established as well, the most notable being the dynamic between Cutler and Levee. Cutler is a patient, religious man who believes in doing things the right way until his time comes, while Levee is a rambunctious, hot-headed man with a hatred for faith made understandable after his backstory is recounted in a monologue delivered by Boseman, which better have Academy voters turning their heads soon.

It’s after this monologue that the movie begins to dive heavily into the metaphors you’ve come to expect from August Wilson. The movie delivers monologue after monologue featuring powerful performances, personal close-ups, and not a dry eye in the room. We see Best Actor-worthy material as each band member ventures into their own opinions on African-American life, death, history, and religion. This all comes to a head when the heat and tensions near their peak, resulting in a tragically inevitable scene between Levee and the gang.

Like many of Wilson’s works, Ma Rainey’s Black Bottom takes place largely in one location. And also like in Wilson’s works, this location is more than what it seems. The recording studio the film calls its stage is transformed into a claustrophobic confessional, an air conditioner-less hellscape that slowly tears them down and leaves nothing hidden.

There’s a lot to be said about Cutler and Levee’s opposing ideals, and the movie makes the right call in never favoring a side. It does however show the positive and negative ramifications of each character’s ideals, as well as the choices (both theirs and not) that led them to where they are.

At its core, Ma Rainey’s Black Bottom is a proud celebration of Black culture in America, as well as a look at those who helped it rise and those who try to use it to raise themselves up. It’s also an incredible final performance for Chadwick Boseman. Like many of his previous roles, Boseman uses Levee as a way to speak to an audience he hopes will listen. He reminds us never to give up on a dream no matter who’s saying you won’t make it, but warns of a system that isn’t always fair to everyone, which often creates situations that can make us lose sight of who we really are.

Ma Rainey’s Black Bottom premieres on Netflix on December 18. If you weren’t one of the select few who got to see it in theaters last month, I highly recommend streaming it. Even if you have already seen it, the masterful performances, powerful dialogue, and swinging music is more than enough reason to warrant an extra viewing.