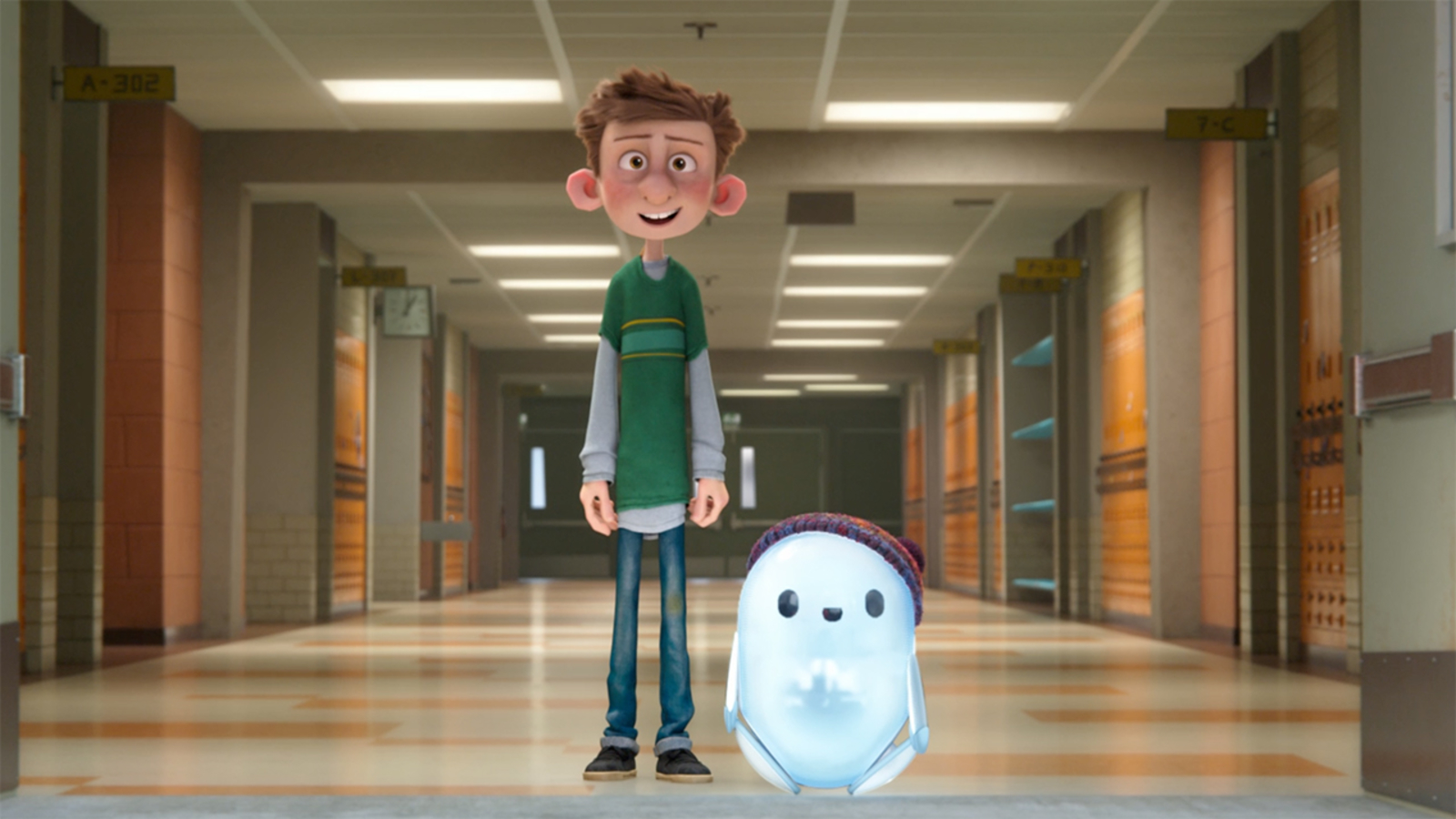 The following is an edited transcription of the video above. It’s been shortened for length and adjusted for clarity.

Ron’s Gone Wrong is the first feature film from Locksmith Animation, which is a British animation studio that was originally set up to make computer animated movies with Paramount. But Paramount stepped away from their partnership before they could get off the ground, which resulted in Locksmith teaming with 20th Century Fox back in 2017 to make a new animated movie every year so. However, as we now know, Disney bought Fox in 2019 and thus took over 20th Century Animation, so that deal fell apart as well. In other words, a few things went wrong.

Moving forward, Locksmith will make films with Warner Bros instead, and they have three new movies lined up over the next few years. But in the meantime, we have the sort of limbo film Ron’s Gone Wrong, which has to still be released under 20th Century Studios, the Disney-rebranded offshoot of 20th Century Fox. Hence the marketing for this hasn’t been pronounced as we might’ve otherwise expected from a family film at this scale.

The film centers around a near future in which a tech giant events a replacement for smartphones and tablets, though in this case solely geared toward kids, and it’s actually a smart prediction of where technology is headed. Rather than whip out your phone or tablet at any moment to connect online, kids in this movie have these gadgets called B-Bots, which are autonomous “best friend robots” that move around with you and go online and stream and do all the fun stuff you’d expects kids today to do. You can play games with them, both online and in real life, they have skins or costumes they can wear, it’s all pretty engaging and fresh to see on the big screen.

But the movie smartly gears its premise around the one boy in the neighborhood who doesn’t have a B-Bot. His name is Barney and he’s voiced by Jack Dylan Grazer, who voiced Alberto in Luca and you might’ve seen him in Shaazam! and the It movies. His family doesn’t have much, as he lives with his novelty salesman dad voiced by Ed Helms, who has a funny bit where he wears a suit and tie for his webcam work calls, but he wears sweat pants all the time because the camera doesn’t pick up on that. And there’s also his grandmother, voiced by Olivia Colman, who’s an Eastern European immigrant who doesn’t understand technology, so you can sort of see why the idea of getting a B-Bot for Barney like all the other kids doesn’t really register with them.

That is until it becomes clear to Barney’s dad that a B-Bot is what he really wants, and it might be the key to finally finding a friend for Barney, as he struggles socially, especially in a world where all the kids are connecting with each other through algorithms instead of in-person interactions. So he wrangles a model that fell off a truck and was damaged, and thus enters Ron, a B-Bot who’s essentially gone rogue. He doesn’t have all the coding and parameters that would make him a “normal” B-Bot, so he can form his own personality and overall be an eccentric, miniature Baymax. This movie really is splitting the difference between Disney’s Big Hero 6 and oddly enough, Free Guy from earlier this year, as that movie was about artificial life being birthed from code and commentary around such a thing having personhood rights.

In a sense, I do find it odd that so many screenwriters are leaning toward that take on technology these days, exploring the morality of artificial intelligence that exists in the cloud, but who knows? It might all ring profoundly prescient someday when things like this get argued in court, who’s to say? The film was co-directed by Sarah Smith, herself one of the co-founders of Locksmith Animation and a co-director of the wonderful movie Arthur Christmas. It was also directed by Jean-Philippe Vine, who’s been a story artist for Pixar movies like Cars 3, The Good Dinosaur, and Inside Out. He’s also worked on some Aardman Animation projects like the Shaun the Sheep series and Wallace & Gromit, among others.

So if you squint you can catch some of the textured animation and layered backdrops from those movies in Ron’s Gone Wrong, which ultimately punches well above its weight technically. I liked this a lot more, animation-wise, than some of what we’ve seen recently from Sony Animation, with the notable exception of their marquee films like Mitchells vs. the Machines and Spider-Man: Into the Spider-Verse.

As for the story, I root for Ron’s Gone Wrong a lot more than I actually like the film as a piece of storytelling. Its main flaw is that it’s structured like 5 episodes of a well-produced animated show. It has a bit too many starts and ends, essentially, where you begin with the episode setting up Barney getting his B-Bot, the episode where he saves Ron from getting crushed, the episode where they get lost in the woods, and so on. There are two climaxes, multiple false endings, it really just feels like too much, even for a breezy 106-minute runtime.

The movie also suffers a bit from its simplistic, somewhat preachy commentary on kids these days who need to put down the devices and spend more time being creative instead of just sharing their lives online. It’s all been done before, and when I think about what’s going on with my nieces and nephews at this age, I certainly understand why we’re getting movies like this. But at the same time, I think the woes and downsides of technology are a bit more complicated than these movies tend to present. I maintain that Mitchells vs. the Machines on Netflix is still the gold standard on telling this kind of story well and leaving room for people of all ages to get something meaningful or even new out of it.

For Ron’s Gone Wrong, it’s a struggle to recommend this for anyone who doesn’t have kids or in my case, young nieces and nephews to share this viewing experience with. But if you do have that in your life, you’ll probably get a few laughs out of the movie, particularly with Ron himself, voiced by Zach Galifianakis, who is endlessly quotable and quite easy to love as a character. He might even rival Baymax for me, and you can sense how the writing for the little bot is designed, cynically or not, to be turned into memes and gifs.

I don’t resent or belittle that to be clear, it’s just where the wind is blowing, and studios really have no choice but to follow those trends where they can. As long as they’re being clever about it, I really don’t mind. And Ron’s Gone Wrong is perfectly clever enough to get by, even as a bit of a transitory film for this studio, which I do think has mounds of potential, much like Ron himself.

Ron’s Gone Wrong is now playing in the U.S. and UK.