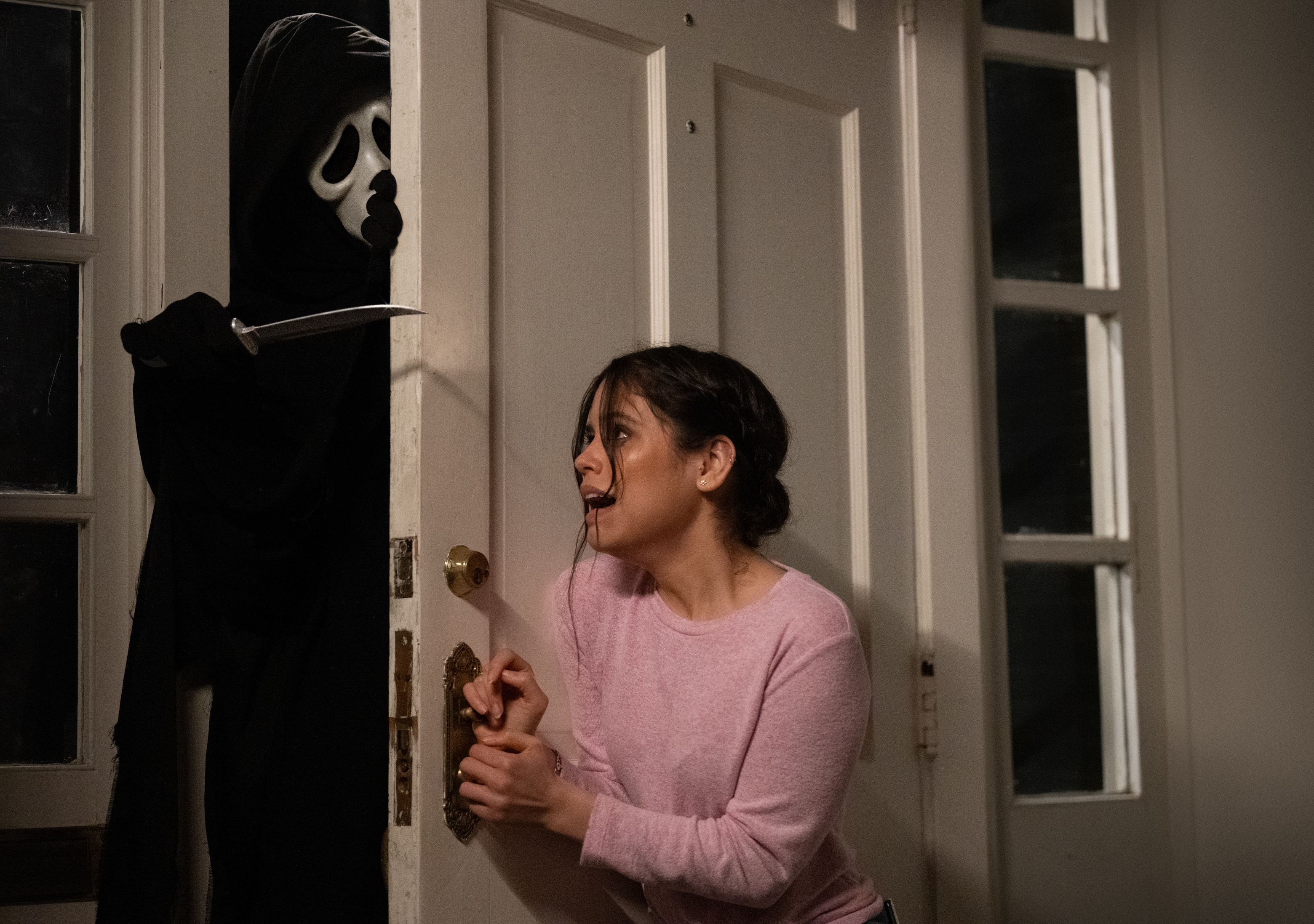 The following review of Scream (2022) is an edited transcript of the video above.

Scream, or Scream 5 if you want to use the unofficial title, is the fifth film in Wes Craven and Kevin Williamson’s meta-slasher-whodunnit franchise dating back to the first Scream in 1996. Matt Bettinelli-Olpin and Tyler Gillett direct the film, this being their follow-up to the wonderfully solid Ready or Not. So going into Scream (2022), it’s hard not have a complicated set of expectations for a new Scream that isn’t directed by Wes Craven, who sadly passed away in 2015.

That said, I’m someone going into this series a bit fresher than most. I saw the first Scream years ago as a teenager, but I had heard the sequels were not as good, so I never bothered. By the time 2011’s Scream 4 released, I thought it would be too much of a hassle to wade through the sequels to catch up, but finally this year, I took the leap and slashed through the rest of the franchise and I have a few observations.

I’m certainly of the opinion that the first Scream is the best of them and probably always will be and I’m quite content in that. The second is still fittingly my second favorite, mainly because of the heart it holds for the central four characters, which gets unwieldy and a bit too navel-gazey in Scream 3, easily my least favorite of these by a decent margin. Scream 4 is certainly an improvement, but I find myself judging all these Scream movies by how good the mystery angle is, and how challenging yet satisfying it is to guess what’s really going on beneath the surface and behind the ghostface mask. For that reason, Scream 5 is a terrific return to form in the way that it subverts the very idea of getting a kick out of guessing the identity of the killer and instead lets this story evolve in some much-needed respects.

Fundamentally, Scream 5 is very much another Scream film following that familiar, but nostalgic and comfortable formula. We open with a teen girl played by the up and coming Jenna Ortega, getting a phone call while bored at home, and yes, it’s yet another ghostface killer coming back to Woodsboro for yet another killing spree. This latest appearance spurs the sister of the first victim, played by In the Heights star Melissa Barrera, coming back after years away due to a family trauma. And her boyfriend, played by Jack Quaid from The Boys, tags along of course and is the newcomer surrogate who isn’t as familiar with the Woodsboro murders and the Stab films mirroring our Scream films and all that meta goodness.

We have a whole new set of suspects, I mean teen characters who try to chart the killer’s obsession with horror films as a way to predict who will be targeted next. As one character points out in a truly cathartic monologue for cinephiles, we’ve already gotten the Scream trilogy and the Scream remake of sorts, so now we’re getting the Scream “requel,” or legacy sequel, where favorites from previous movies return to usher in the next generation, with the film going out of its way to point out many of the various mainstream movie franchises that have done this over the last decade or so to varying success. Though it should be noted that Scream 4 was more or less a requel, too, or at least a prototype for how they’re constructed today. Of course, even the hammy title of this film, simply Scream, is its own nod to how these franchises decide to treat these series like smartphone releases.

So it’s no surprise that we get to revisit the legacy characters from previous movies, including David Arquette returning as Dewey Riley, Courteney Cox as Gale Weathers, and how could you do a Scream film without Neve Campbell as Sidney Prescott? The gang’s all here, but as the film points out in the most AV club way possible, this film really belongs to these new characters, and the good news is that the core cast absolutely rises to the challenge of inheriting this beloved world and all its quirks and indulgences.

It’s not as clever a Scream sequel in some respects as its predecessors, but it does succeed in navigating the current trends of horror and bringing them up in ways that serve its razor sharp story. It’s very much a film that can get away with clichéd writing, because it goes far to point out that it knows it’s being trite and it’s in on its own joke, so you shouldn’t bother criticizing it. This is all fine because the scares and violence itself is thrilling to watch in all the best ways, without glorifying the blood and trauma, but rather presenting it as it is and relishing in how these scrappy characters struggle to filter their shock at such a dangerous world through the lens of pop culture.

That’s probably why the Scream movies continue to be so effective, despite doing relatively little to change things up. And it’s because the fanbase behind these movies, far as I can tell, get a whirlwind of fulfillment, or the very aspect of feeling “seen,” when characters are as delighted about movies and the predictable unpredictability of fiction as they are. Particularly in the age of the internet where spoilers run rampant and people like me spend hours and hours a week dissecting movies and television, analyzing them for every core truth, and investigating all the possible ways we can apply modern fables to our everyday existence. Perhaps in a futile effort to make sense of the nonsense.

And that’s just the start of the many pleasures to be found in Scream 5, which is tremendously successful at revamping the franchise on its own terms. It gives the hardcore fans exactly what they want, but it also gives the naysayers enough material to make them think and re-contextualize what a slasher can do and say in 2022, specifically when it comes to how certain segments of fandom in movies and games and everything else can learn the wrong lessons about the very stories that shape their obsessions.

I’d certainly be happy to get another one of these Scream movies every decade or so like we have been, coming at just the right time to apply that same iconic character design in an effort to parody the weirdness of the horror genre in smart, deliciously chilling ways. While I’m sure many will come for the childhood memories, they’ll hopefully leave with goosebumps.