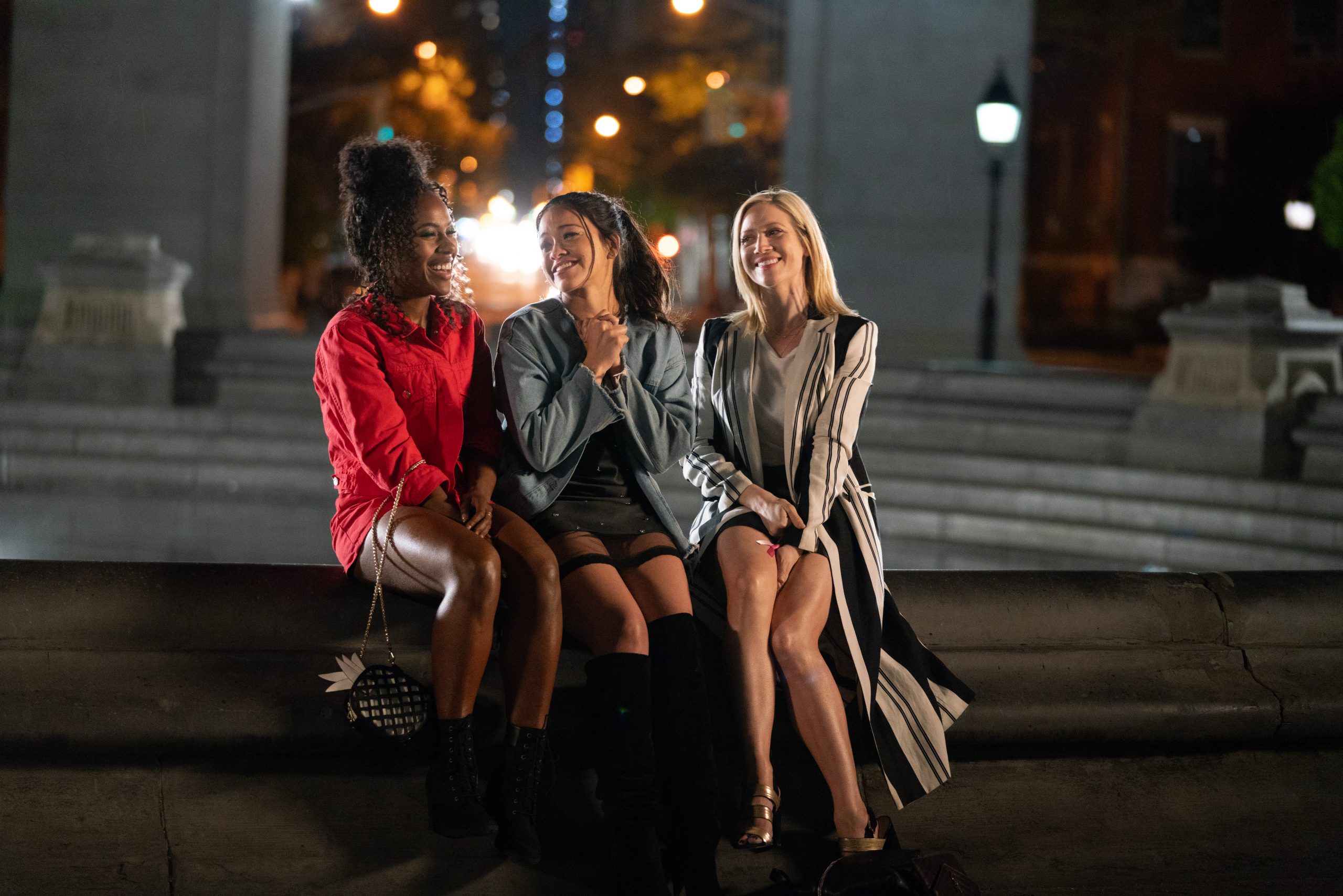 Merriam-Webster Dictionary should be on the lookout. Paying attention to the latest changes in the English language, the millennial vernacular has birthed some questionable terms in its wake: “Extra,” “Slay,” and the ever-practical “Lit” have found their way into the jargon of many young folks. But above all other terms, there is one that shames them all. Adulting. Defined: “to behave like an adult, to do the things that adults regularly have to do,” as per Merriam-Webster. This is the very word encompassing the Netflix nexus of Jennifer Kaytin Robinson’s neon-lit directorial debut, Someone Great.

Jenny (Gina Rodriguez) has landed her dream job as a writer and is about to move to San Francisco. A few nights before her big move, Jenny’s longtime boyfriend Nate (LaKeith Stanfield) breaks up with her. Heartbroken, Jenny enlists her friends Blair (Brittany Snow) and Erin (DeWanda Wise) for one last New York City adventure. What ensues is a colorful stroll through the city paved with reconciliation as these three young friends venture into the next phase of adulthood.

Robinson’s script nails the frustrations, anxieties, and triumphs of being a professional young woman. Maintaining and navigating relationships and the pressure to finally “grow up” lead Blair, Erin, and Jenny to each maneuver their own personal situations, bolstering each other in the process and championing their decisions. Rodriguez, Wise, and Snow have a sincerity and understanding of their characters that doesn’t render their roles as parodies of millennial women, but rather genuine people navigating their lives with the audience just happening to peak in for a day (or night?) in the life. Every quirk and exchange feels nuanced, honest, real, and relatable.

Someone Great posits itself as a romantic comedy, and while the elements are most certainly there, the film’s best take is on adulting and growing up. By the end, Robinson’s characters learn they don’t grow up, they just keep growing. The process can feel terrifying and scary, where most days feel like a question mark rather than an exclamation point, and perhaps also both along the lines of, “I’ve made it?!”

Jenny, Blair, and Erin each carry with them their own brand of hot mess. Jenny is holding on to the past instead of moving into the future, Blair can’t decide if being happy means making the safe decisions, and Erin is terrified of a developing a more mature relationship. They don’t act as each other’s therapist, but instead they’re mirrors, reminding each other of what they have to gain, which doesn’t mean losing anything. It’s a moving, serious-minded reading on a generation that too often isn’t taken seriously. But Someone Great subverts any notion these women are lacking in any depth or emotional content. In fact, they may carry those qualities more than they know.

At times, the aesthetic of Someone Great can be a bit overwhelming and too on-the-nose with the Etsy-like, pristine quality of New York apartments and offices. There are millennial pink “FEMINIST” branded pillows and mugs strewn about, and even the neon-tinted memories of Jenny and Nate feel a bit silly when the trio attends an event called “Neon Classic.”

But there’s so much about Someone Great that is just so good it’s almost forgivable. Robinson has written and directed an authentic portrayal of young women that doesn’t slight or make fun of them. The film doesn’t judge them for drinking before they go out to presumably drink more. Instead, Someone Great captures the hilarity and frustration of growing; not growing up, but just growing. With roots so strong in this female friendship, it’s hard not to feel like you can join Jenny, Blair, and Erin for a stay-in with some Ben & Jerry’s ice cream to binge the latest murder-mystery docuseries. What could be more “adult” than that?