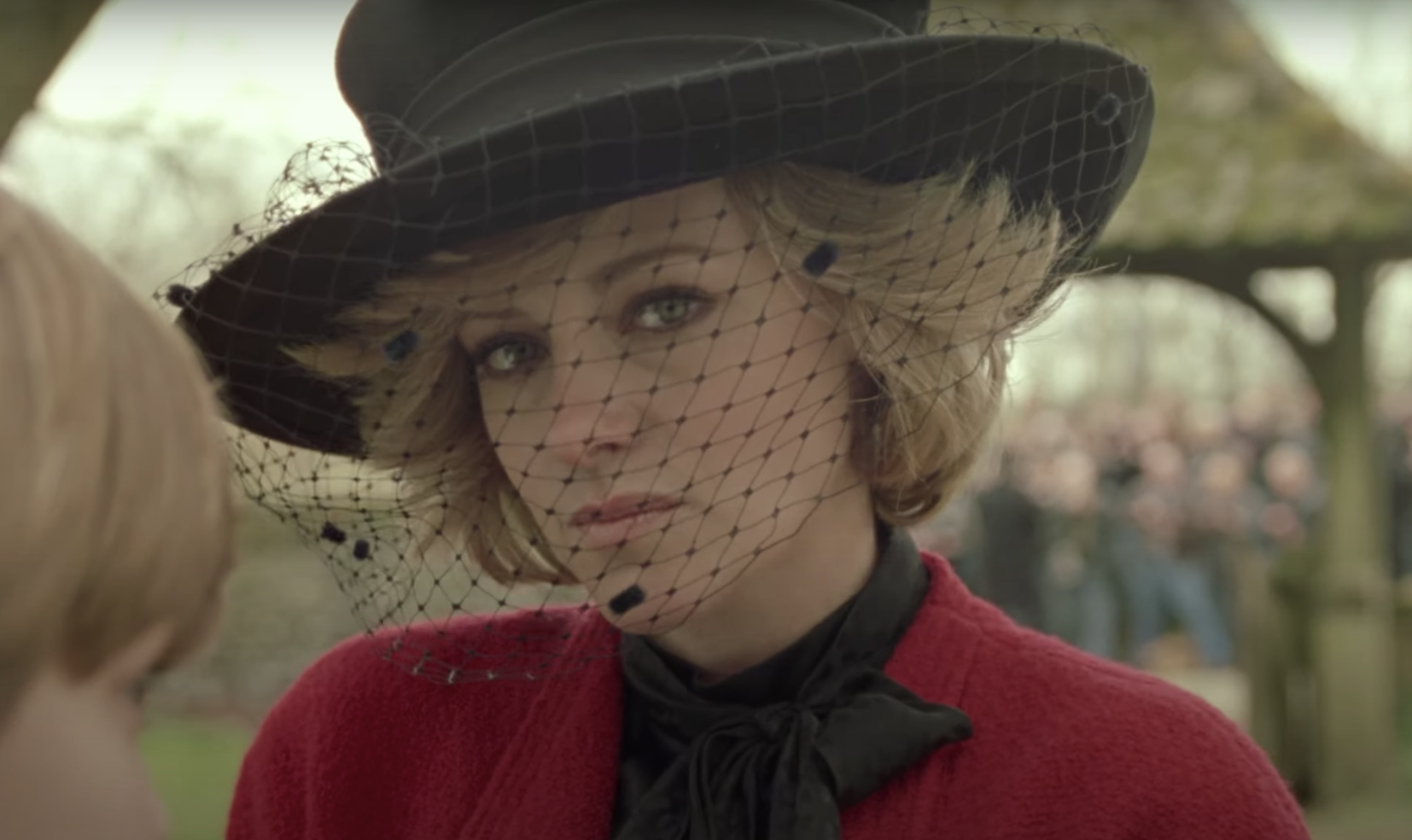 The following is an edited transcript of the video above. It’s been shortened for length and adjusted for clarity.

Spencer comes to us from director Pablo Larraín, the Chilean filmmaker whose last awards-buzzy film, Jackie from 2016, was also a biological psycho-drama about an iconic, real-life woman captured during one of the most frenzied times of her life. We leave the story of Jackie Kennedy behind for an up close and personal dive into the mind and troubles of Princess Diana, played quite chillingly by Kristen Stewart.

From this point, I have to get into some historical facts about Diana that aren’t spoilers for the movie, necessarily, but if you want to watch Spencer knowing as little as possible — which I actually don’t recommend because you might find yourself a little lost — then you might want to watch the movie first. Again, though, I’m not saying anything here that will impact the dramatic tension of the story, since this is very much a movie for people who do already know most of, if not the full history of Princess Diana and what she was specifically going through during, before, and after this time.

Said time is Christmas Day, 1991, so years before Diana tragically died in a car accident, but this was a momentous time in her life as well, because at this point, she’s still legally married to Prince Charles, though they’re on the verge of divorce due to their alleged affairs and the increased scrutiny Diana faces from not just the tabloids, but also the royal family, which never quite accepted her in earnest for reasons the film gracefully doesn’t dwell on too much. Mainly because the reasons behind her alienation are almost immaterial to the harm that was done to her. And screenwriter Steven Knight wisely understands that modern audiences don’t really need too much persuading when it comes to the ills of monarchy.

Spencer is of course a reference to Diana’s maiden name and a symbol of the life she had before her marriage to the queen’s son radically altered everything she knows. Now the mother of two young boys, Diana spends most of this film wandering empty halls, barren grounds, and even the abstract corridors of her own mind perhaps in search of meaning or clarity or something to guide her toward a new level of self-actualization, the state of knowing who she is and why she’s valuable as a human being, a knowledge she so desperately craves but is currently buried under anxiety, self-doubt, and depression. Despite spending so much time in these huge palaces and sprawling outdoors, even driving a car with the hood down, it’s hard not to feel claustrophobic.

I’ve heard some compare Spencer to a horror film, and I think that’s pretty much apt, if you consider this a ghost story where the ghost is still technically alive. There are some truly horrific moments edging on the genre, working in Ari Aster’s zone at times, but it’s still a faithful drama through to the end about a woman trying to reclaim the mythology that’s been invented for her, a false life and narrative that pushes her away from knowing what’s real about herself. It’s a detailed study of mental health during a time in the recent past when such things weren’t really being validated or even discussed or recognized by those in the upper rings of society.

The film doesn’t go down many avenues some going into this might falsely expect. This is not a typical biopic, nor is it an encompassing thesis on the woman’s life through a single slice of time. It’s really not trying to add the full context of who Diana was and why. Instead, the film is trying to humanize and empathize with a tragic figure by artfully expanding upon just one of many impactful periods of her life.

It’s said that films, or even stories in general, should cover the most important week of a character’s life. Spencer doesn’t really qualify, there, and that’s not a criticism. You could pluck out so many weeks out of the life of Diana and produce essentially the same message in this movie. So it’s all the more impressive to me how Larraín and Knight land on this strained, seemingly uneventful day or two, and heavily dramatized at that, which happens to emphasize, more than anything, who Diana was as a mother.

It’s a startling movie for all the things it isn’t. When Diana squirms through a crowd dressed to the nines, Stewart isn’t doing the expected “smile through the pain” performance this type of movie usually offers. Instead, she’s visibly upset and completely out of sorts, as if the entire movie is revealing what Diana might’ve been feeling inside and revealing that by distorting history intentionally.

We’ve already seen Diana’s pained persona, the “other person” they even mention in this movie as a facade royals have to put on in order to survive. In Spencer, we see Spencer, the traumatized woman underneath the spotless gowns, in all her vulnerability, both the lows and the highs. It’s not just gloom under the surface, as we also see the joyful, imaginative woman who demonstrated intense love toward her boys by spending as much time with them as possible and being her true self with them whenever she had a chance.

It’s a very good film, with Stewart showcasing an incredibly risky type of over-the-top acting that might not resonate as authentic or subtle enough to some, but to others it will hopefully click right into place as an atmospheric performance. One that syncs quite nicely with the washed out cinematography and sweeping music. On that note, if you enjoyed the haunting orchestral work by Johnny Greenwood in Phantom Thread, you’ll undoubtedly lose yourself even further in his work, here.

He’s blasting the entire movie with original compositions that offer a straight shot right into Diana’s psyche, even when it’s unclear when music is diegetic, as in it’s the actual sound the characters are hearing, or when it’s music Diana is inventing for herself in place of what might really be happening. That’s just one example of how many layers deep Spencer is, and if you’re willing to unpack them all, the film should prove itself quite rewarding for those who brave it.

Spencer is out in theaters this weekend through Neon.