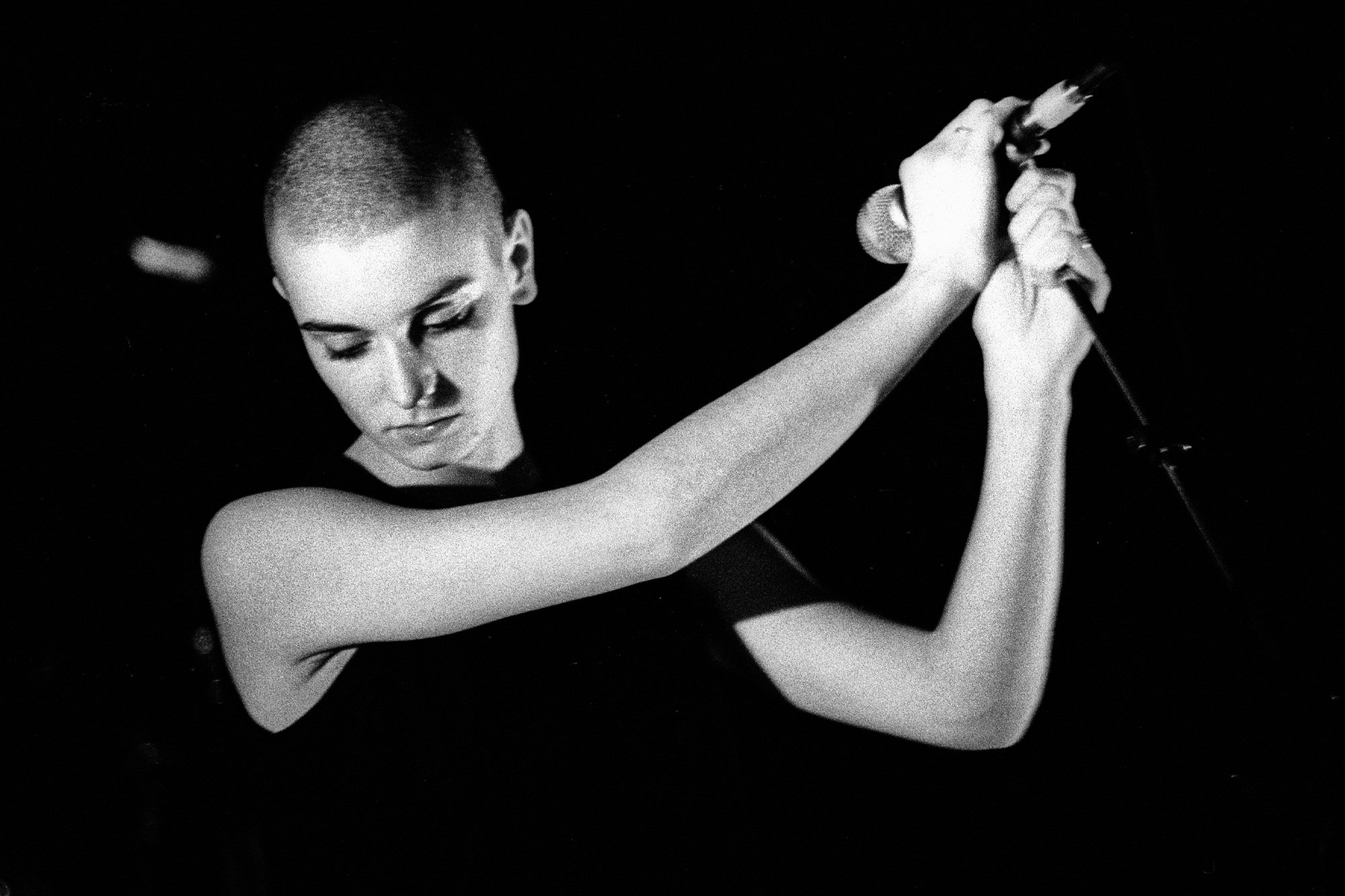 By Will AshtonJanuary 26, 2022No Comments

Nothing Compares is a World Cinema Documentary feature for the Sundance Film Festival (2022). You can learn more about the film here.

For as long as I’ve been alive, Sinead O’Connor’s name has lived in infamy. The outspoken, bald-headed Irish singer-songwriter is more commonly known for her rebellious acts and media scrutiny than for any of her well-acclaimed, best-selling music. If you’re like me, when you hear her moniker, you’re more likely to conjure up a nostalgic image of the musician ripping a picture of the pope on live television than to reflect on a chart-topping single like “Nothing Compares 2 U.”

O’Connor was an easy target, complete with an unusual look and a sour disposition that made it easy for the masses to ridicule the immigrant who spoke her mind in irreverent, unfavorable ways. Hell, even the lovable Phil Hartman couldn’t help but crack gags at her expense. As the sensationalized ‘90s was prone to prove, it’s much simpler to laugh at someone than to try to understand them. While things today aren’t necessarily better, we’re at a point where we’re more comfortable with commending and sympathizing with women who were misunderstood, who tried to use their platforms for good, even when it ruined their credibility in the process.

While not as radical in its approach compared to its famous or, rather, infamous subject, Nothing Compares, the feature film debut of Kathryn Ferguson, favors an introspective perspective that’s far more sympathetic and searching than any major piece of media centered around the artist over the past 30 years. Through gentle reflection and an immersive style, Ferguson strives to get us into the restless mind of this 20-something young woman who wanted to use her platform to bring awareness to others who needed to be heard.

In the process, O’Connor torpedoed her reputation, but not unknowingly. Allowing us to see the headstrong artist who wanted to let a blind and/or indifferent world know about the people who were hurting—including herself—Nothing Compares is a commendably caring film, one that provides an intuitive lens through which O’Connor isn’t so much pitied but rather better understood. Whether that’s the case is ultimately up to the viewer, but we’re thankfully at a cultural point where such a movie can be seen more empathetically and unreservedly. It might also allow a new generation to see O’Connor’s actions in the ways that the musician intended them to be seen and received.

Following the musician’s life during her early years and leading up to the most notorious and defining act of her career during her aforementioned SNL performance, Nothing Compares traces the early rise of O’Connor’s career and delicately depicts the moments that defined her worldview, while also retracing the steps that painted her public perception. Comprised of a mix of archive footage and dramatized depictions of O’Connor’s most tortured thoughts, Ferguson intriguely avoids the easy temptation to show us any talking heads, letting us hear O’Connor’s weathered voice, as well as the voices of some of her collaborators, as though they’re wrestling inside the artist’s mind. It gives us the perception that we’re buried in Sinead’s consciousness, as we try to piece together the information that informs who she is and how she came into fame.

It’s an intriguing and illuminating style, favoring interpretation over analysis, and allows us to see the images and hear the thoughts that endlessly rattle inside her restless, young, and hairless head. Whether these insights and emotions are truly reflective of the subject, Nothing Compares gives us a window into the pained perception of our central figure that feels authentic, insightful, and ultimately cathartic, at least. It gives the movie a dazed, autobiographical tone that provides a momentary glimpse into an artist who once seemed unreadable, even when Sinead was often blunt, direct, or honest with her work.

It’s not so much that O’Connor has changed in the time since. The world just wasn’t ready for someone like her to reach the scene, to shake things up, to produce art that challenged the status quo in such unflinching ways. At least, when it comes to contemporary pop music. Many modern artists like Billie Eilish, Miley Cyrus, Ariana Grande, and Lady Gaga took cues from the cueball head—whether intentionally or not—and this film gives the artist her due.

Not unlike Todd Haynes’ The Velvet Underground, this documentary can favor feelings over the facts, which might give us a limited introspection into O’Connor’s art, life, and career. There can often be the sense that this documentary is compressed in its 90-something-minutes form, and it therefore won’t be seen as the definitive O’Connor text. But Nothing Compares should still pave the way for an overdue retrospection of the artist’s work, allowing us to re-examine who she is and how she changed the game in so many crucial, reverberating ways.

Compared to other music documentaries, Ferguson’s first film is much more engaging and thoughtful in its presentation, allowing us to get a worthwhile look at the performer who had no trouble speaking her mind but needed to wait for people to finally listen to what she had to say. Well, the time has come.

Check out more of our Sundance 2022 coverage.