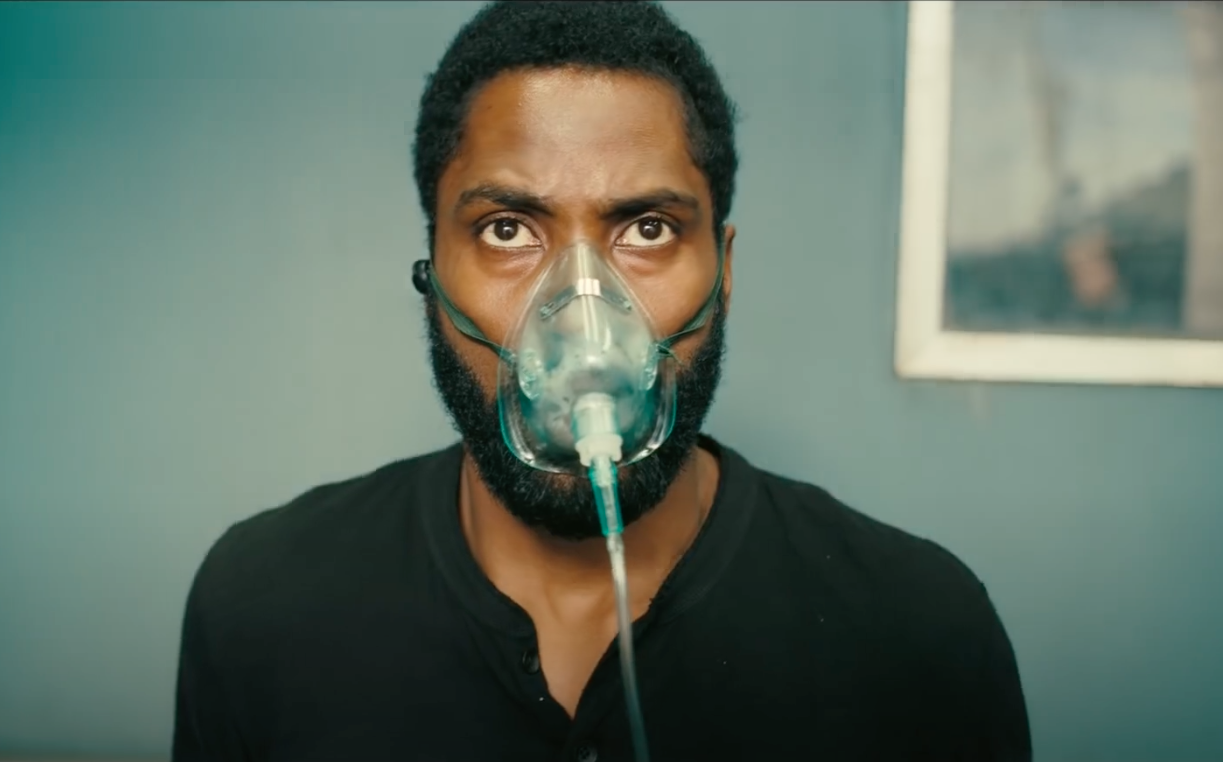 Christopher Nolan’s ‘Tenet’ is a Good Time, But You Shouldn’t Rush Out to Go See It

Home » Christopher Nolan’s ‘Tenet’ is a Good Time, But You Shouldn’t Rush Out to Go See It

In any other year, it wouldn’t be a question of whether or not you should see writer/director Christopher Nolan’s latest visual extravaganza on the big screen. It would just be a matter of how quickly you should go.

And make no mistake, Christopher Nolan still makes movies for the big screen. They’re designed with the specifications of fitting the largest scale and blowing out the speakers of any well-equipped cinema. Nolan wants to make a grand spectacle, and Tenet is no exception. The difference this year, however, is that it’s simply not safe or feasible for most moviegoers, at least in the U.S., to make that trek to their local theater. Not unless they want to risk their lives or the health and safety of their friends, family, acquaintances, or other loved ones in the process.

Which is why it’s unavoidable to discuss the theatrical experience of Tenet in our current time. I can assure you, having seen the movie myself, that Tenet is most certainly worth seeing at the theater, just like every other multi-million dollar Nolan blockbuster. No matter what issues I might have with the movie itself, independent of its release strategy. But I can’t in good conscience advocate or advise anyone in the U.S. or any other country majorly affected by this devastating, deadly disease to see a film in theaters. It’s immensely frustrating, but this is how things are and how they might remain for the foreseeable future, and this is the decision that Nolan and, subsequently, Warner Bros. made when they hastily decided to release their movies in multiplexes around the world at this time.

While I’d much rather be diving more deeply into the merits and/or flaws of this new Nolan cinematic experience in more detail at this point in my review, I need to make this intense disclaimer. I was fortunate enough to see this movie at a private IMAX showing with six or fewer people in attendance, spread out throughout the screening room, with everyone following the safety precautions enforced. That’s not going to be a guarantee for most moviegoers, and that’s just the reality of the situation.

So, if you see Tenet, I advise you to see it at a drive-in near you (if that’s an option) or wait. I can almost guarantee that it’ll get a re-release somewhere down the road. If you live in a country where it’s safe and reasonable to go to the theater right now, I’m sorry for this long preamble. Things are tough these days. Please bear with us.

With that all out of the way, let’s talk about Tenet. It would be unreasonable to risk going too much into the plot, let alone exploring anything spoiler-related. Also, to be perfectly frank, I don’t know if I can do so without looking like a raging fool. Tenet‘s plot is generally simple in terms of its broader outline, but in typical Nolan fashion, the movie is filled with several convolutions and densely-layered difficulties to make it all feel more complex than it probably really is. This is par for the course with Nolan. The man isn’t content to make a simple spy thriller with a sci-fi heavy plot focus. Nolan wants to challenge himself, push himself farther and farther than he has before. This is admirable and annoying in equal measure.

He works like a mechanic building a finely-tuned wooden clock. Everything in this film feels purposeful and motivated in some fashion or another to keep it playing its rhythm. In that sense, it’s astonishing to see what Nolan can do here as a technical director. His formal craft is impeccable. Maybe sometimes even unparalleled to any other modern director of this size and scale. In an age where movies can often seem overblown in terms of their immensely overworked CG special effects departments, Nolan puts in the time and effort to make films where you can see every dollar spent on the screen. Even though Tenet is one of his most expensive and expansive movies to date, there’s also a deceptively basic focus to its premise. It only follows 3-4 characters at any given time, and their stories are often reserved and refined even when the stakes are world-consuming. It’s a nifty trick, something Nolan excels at doing, and something that makes him one of our finest movie craftsmen.

But as Nolan constantly expands and adapts as a director, there is also something lost in the shuffle as a screenwriter and even storyteller. He makes movies that are so tightly-wound and well-engineered in their big mechanics that the human element can often seem missing. While this cast is one of Nolan’s sharpest yet, with outstanding performances from John David Washington, Robert Pattinson, and Elizabeth Debicki, along with an enjoyably hammy supporting turn from Kenneth Branagh, these fine actors can feel like composites for Nolan. They’re like chess pieces moving across his elaborate, $200 million chessboard. This isn’t the greatest cinematic sin but it’s one key reason why Tenet is just simply pretty good and not great.

For as much as one can marvel at all the technical wizardry on display, this movie ends up feeling cold at the touch. While there are certainly some emotional elements in place, they don’t feel well-communicated or possibly even earned to truly feel emotionally enriching. What a great shame, because Nolan clearly knows how to make a picture. He knows how to captivate you, spellbind you, and leave you with awe at the visionary dexterity that’s presented. But Tenet might be better appreciated from a distance — notably in our socially distanced times. It’s something that doesn’t have the sensitivity and introspection that makes it one of Nolan’s finest pictures. In a filmography this lavish, Tenet will likely be considered one of his weakest films. It’s not that it’s convoluted, or pompous, or overworked. In fact, it’s all those things and yet none of them at the same time. As much as Nolan puts himself into this work, there’s something utterly vacant here that’s unavoidably alienating.

You can admire it. You can appreciate it. You can enjoy it. But it’s hard to feel as if you got something meaningful or lasting from Nolan’s latest film. He made the movie he wanted to make, but it also comes at a cost. It’s a shame that for as much as he has improved as a filmmaker, he is starting to lose the human element that burned so bright in his earlier, better films like Memento and The Dark Knight. He makes the most of his wide canvas, and in this film, he produced some of the most incredible modern blockbuster action scenes of our times. But if you can’t latch onto the story, what is it all for?

Time is a constant factor in Christopher Nolan’s work. It doesn’t feel very incidental that Tenet is coming out 20 years after Memento and 10 years after Inception. In many ways, the film feels like a companion piece to both of those movies and a continuation of the themes that run throughout all his movies. You might not like his style, but it’s hard not to admire the effort he puts into everything he makes.

Unfortunately, for as much as time is key in all his movies, Nolan can’t see that now isn’t the time for Tenet. At least, not for audiences in the U.S. As I’ve stated before, I feel fortunate that I had the chance to see it in a relatively safe(r) manner than many other moviegoers will at the moment. Yes, Nolan makes firecracker movies, and he knows how to make them pop. But until the time comes when you can safely and comfortably see this one in a theater, I can’t recommend that you put yourself at risk to do so.

But when it is safe and reasonable to do so, by all means, check it out. Tenet is a fun film, and you shouldn’t think too deeply about it (it’s spelled out explicitly in the film). When the time is right, know that it’s worth seeing.