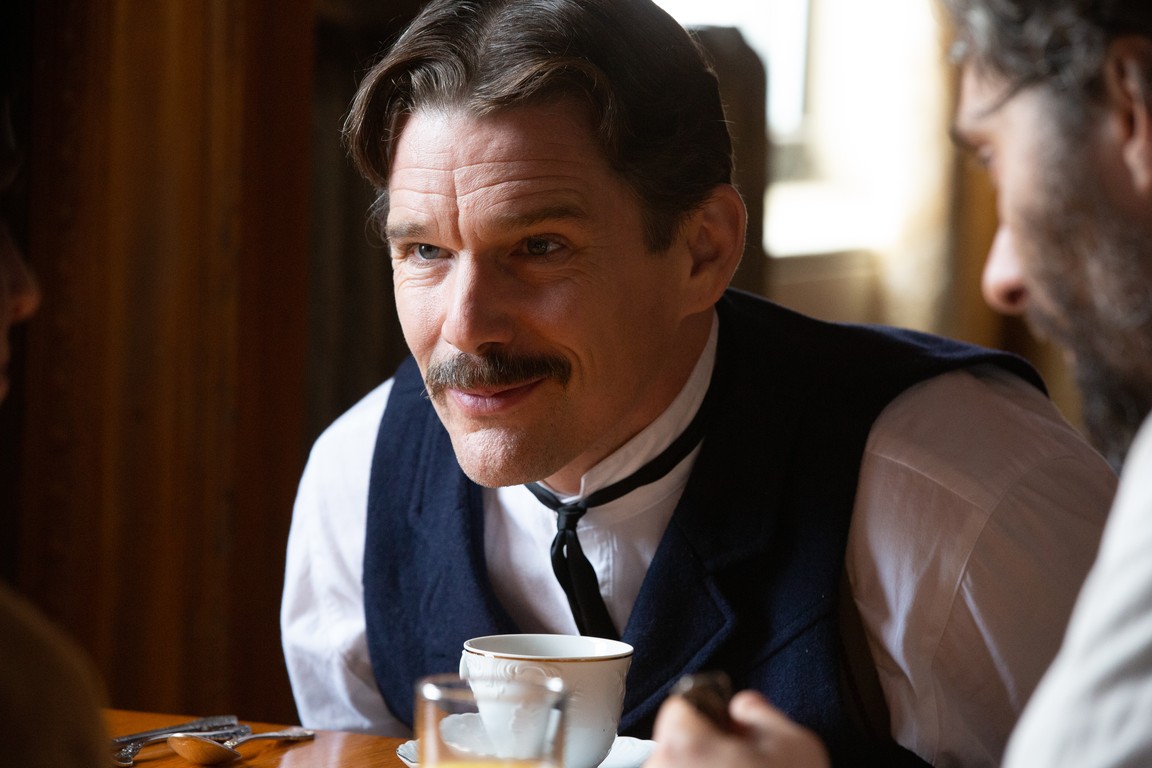 ‘Tesla’ is a Shockingly Tame Biopic with Sparks of Hope

Home » ‘Tesla’ is a Shockingly Tame Biopic with Sparks of Hope

Many historians, philosophers, scientists and conspiracy theorists have all tried to explain the modern age of man. Or pinpoint the exact time and place that mankind was catapulted into the era of discovery, leading to progress in advanced science, technology, medicine, and more. While the exact start of our species’ industrious acceleration can’t really be traced back to a specific person or point in time, there is one opinion often brought up for discussion, one of extreme debate: the world runs on Tesla.

No, I’m not talking about the electric car company founded by an eccentric billionaire who may or may not be one bad day from a scarily accurate Lex Luthor impression. I’m referring to the renowned (yet ironically undervalued) inventor, Nikola Tesla, an electrical/mechanical engineer and futurist with dreams bigger than even he could often comprehend (and another unfortunate victim of the “Early 1800s facial hair” craze). He’s also the subject of director Michael Almereyda’s latest project.

Tesla stars Ethan Hawke as the titular inventor who navigates life in the 1800s, one of America’s most “brainstormy” times. Around him are a handful of equally inventive and enigmatic characters, such as Anne Morgan, portrayed by Eve Hewson, and George Westinghouse, portrayed by Jim Gaffigan. And of course, you can’t have a Tesla movie without his famous frenemy and rival in the electricity circuit, Thomas Edison; a role that is perfectly performed by Kyle MacLachlan in small doses. Edison isn’t in the film a whole lot, but he manages to steal the show in a manner accurate to how his real-life inspiration repeatedly stole Tesla’s thunder.

It’s actually a great thing that the film doesn’t spend too much time dwelling on the rivalry between Edison and Tesla. After all, Tesla is by all accounts a biopic about the man himself, not so much the glorified feud between revolutionary inventors. It’s like Tesla says in the film: Edison was simply “on the wrong side of the street.” Still, the movie does not shy away from the differences in success between these men. In fact, Tesla is mostly portrayed as a down-on-his-luck idea man with a serious funding problem, while Edison is viewed as a smooth-talking businessman who, while not exactly as genius as Tesla, knows how to open the right doors.

This seems to be one of the main ideas of the film, that despite Tesla’s endless amount of hope, dreams, and aspirations, his progress was almost always stunted by the lack of funding for his projects. That’s not to say his endeavors always failed. While he may not have been as suave as his rivals, the film makes a point to show how Tesla was able to get as far as he did; he really did know his stuff.

Hawke delivers an intelligent, charismatic, and at times hilarious performance as Tesla himself. My favorite scenes were when the inventor pitched his ideas to investors, speaking in a low, almost monotone manner and rambling on about a topic I won’t even pretend to know much about. It’s exactly what you’d expect when you see someone like Nikola Tesla in action. Truth be told, every performance in Tesla was magnificent, from Hawke to Hewson to MacLachlan. Donnie Keshawarz also delivers a fantastic performance as JP Morgan, a surprising addition to the film who appears halfway to serve as yet another obstacle in Tesla’s journey.

The film’s issues aren’t in its performances or attention to detail, but rather in the way it chooses to tell the admittedly shocking story of the man’s life. Almereyda tries to detour from the traditional route of your standard biopic by sprinkling in moments of bizarre, fourth-wall breaking sequences that pull you in and out of the film’s narrative. The movie begins with a roller-skating scene before we are introduced to the narrator, Anne Morgan, who promptly pulls out a Mac and “Google Images” Nikola Tesla to prove how little information there is of him out there.

These scenes, though admittedly strange, are also pretty charming and layered with double meaning. It’s a comment on how Tesla and his designs influenced the modern world, which the film makes a good effort to prove out. This is made even clearer by one of Anne’s final lines, when she asks the question of whether or not the world we live in is a world Tesla himself thought of first. I loved these scenes, and I really wish there were more of them. The movie jumps back and forth between taking a surreal approach and operating like a regular biopic, and I understand that not every scene can be as surprising as the last, but when the film did make this switch, it was very apparent and more distracting than anything else.

Despite its strengths, Tesla is still your average biopic with not much in it to impress. The story of Tesla isn’t very well known, and the film does a great job detailing an interesting and relevant life worth discovering. But if you’re not big on biopics, or a fanatic of this time period, you might find Tesla to be a bit of a slow watch with not much electricity.