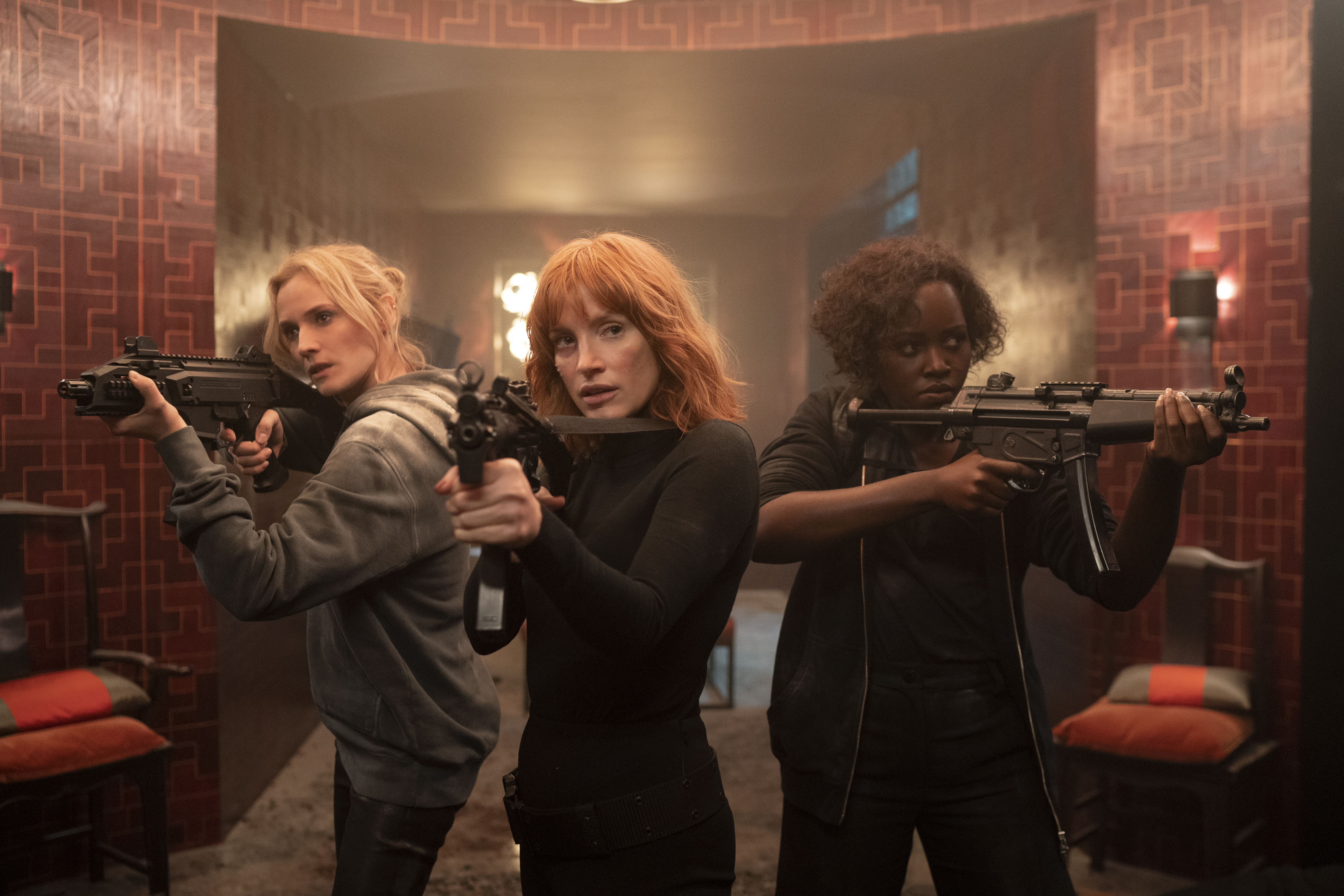 ‘The 355’ tries to be every kind of spy movie, except for a good one

The following review of The 355 is an edited transcript of the video above.

The 355 is a new spy action film from Universal directed by Simon Kinberg, who also co-wrote the film with Theresa Rebeck, probably better regarded for her work as a playwright and novelist, though she’s also a co-screenwriter for Harriet the Spy, for whatever that’s worth. Kinberg, of course, has long been one of the driving creative forces behind the X-Men movies as both a screenwriter and producer, going all the way back to X-Men: The Last Stand. Then more recently the infamous Dark Phoenix, his directorial debut, which he also wrote.

The 355 is Kinberg’s big follow-up sophomore feature and a true test of his range as a film director trying to branch out of the X-Men franchise, the version of which he helped guide to its admittedly lackluster conclusion, now all but trashed by Disney at this point. His other major project right now is the Apple TV+ series from this past fall, Invasion, which he created, executive produced, wrote, and directed. I actually liked Invasion a decent bit, but the show didn’t do super well with critics across the board, and I expect we’ll see about the same happen with The 355.

The film certainly impresses when it comes to its cast, though less so with its mundane premise. A group of female spies from different countries have to reluctantly join forces in order to track down a device that can end the world by controlling all of cyberspace. Generic, to say the least.

The Spies Who Disappointed Me

Jessica Chastain represents the American CIA, Lupita Nyong’o is a former MI6 agent, Diane Kruger is from Germany’s BND, and Penélope Cruz is the wildcard, as she’s more of an intelligence agent and therapist from Colombia’s DNI and has much less experience with all the fighting and shooting. There’s also Fan Bingbing frm China’s shadowy MSS, Sebastian Stan plays Chastain’s longtime partner at the CIA, and Édgar Ramírez is another DNI agent connected to Cruz’s character.

The easiest way to sum up this movie is to point out the weird circumstances behinds its release. January is well-known by film critics and enthusiasts alike to be an unofficial dumping ground for studios looking to offload films they don’t have much faith in, since they have to release them at some point, so why not do so when there’s not much competition? Once in a while you get a breakout hit like The Upside, but the general rule is to always lower your expectations for a January wide release that isn’t up for some awards consideration.

In recent years, streaming services like Netflix have been shaking up this content release system, especially when it comes to action movies made primarily for adults. We now see mid-size budget movies along these lines finding lots of viewers no matter what time of year it is, and that might’ve been Universal’s strategy, here. The 355 is far from great or worthwhile, but if it were a Netflix film, it would probably be in their Top 10 for at least three weeks, then rarely ever talked about again.

The basic hook of the movie is to take some elements from the premise of Steve McQueen’s Widows, in which a group of female underdogs take over the mission from the men and develop a found family in the process, and turn it into a mostly functional, if not flavorless studio blockbuster that wants to be bigger and bolder than it actually is.

The film clearly takes its action movie cues from the Mission: Impossible franchise, the Jason Bourne movies, and yes the James Bond series, which even gets mentioned at one point, though not with the same satisfying smirk as in Matthew Vaughn’s first Kingsman movie. The ingredients are certainly there to deliver a bombastic, memorable action spy film that can distract from the dog days of winter, but The 355 is all kinetic energy without any form, insight, or momentum. It rips so many styles and sentimentalities, its identity lands somewhere along the lines of pseudo-parody that sadly isn’t in on the joke.

Girl Spies Get it Done?

Movies like The 355 should have a bone to pick with Amazon’s dark anti-superhero series, The Boys, because ever since that show lampooned the “girls get it done” trope that persists in Hollywood, it’s been harder and harder to overlook a lot of the lazy writing permeating these actions films trying way too hard to pander as female empowerment vehicles without doing the work necessary to make films like these worthy of the badass heroines on display. These films tend to play up the idea of a woman being powerful as something out of the ordinary and part of this grand surprise, as if it’s subversive for women to be fierce in a cinema landscape that’s 35 years removed from Aliens and slightly less so from Terminator 2: Judgment Day.

To be clear, I want movies like this. I want action movies where incredible female actors are powerful, empowered, and take center stage. What I don’t want is cheap, gimmicky writing that treats the audience, of both genders, like we need a lot of explanation and justification for why these women are able to, forgive me, get it done.

The 355 opens in theaters starting January 7. Your mission, if you choose to accept it, is to wait until streaming if you’re really that curious. You can also watch the trailer here.