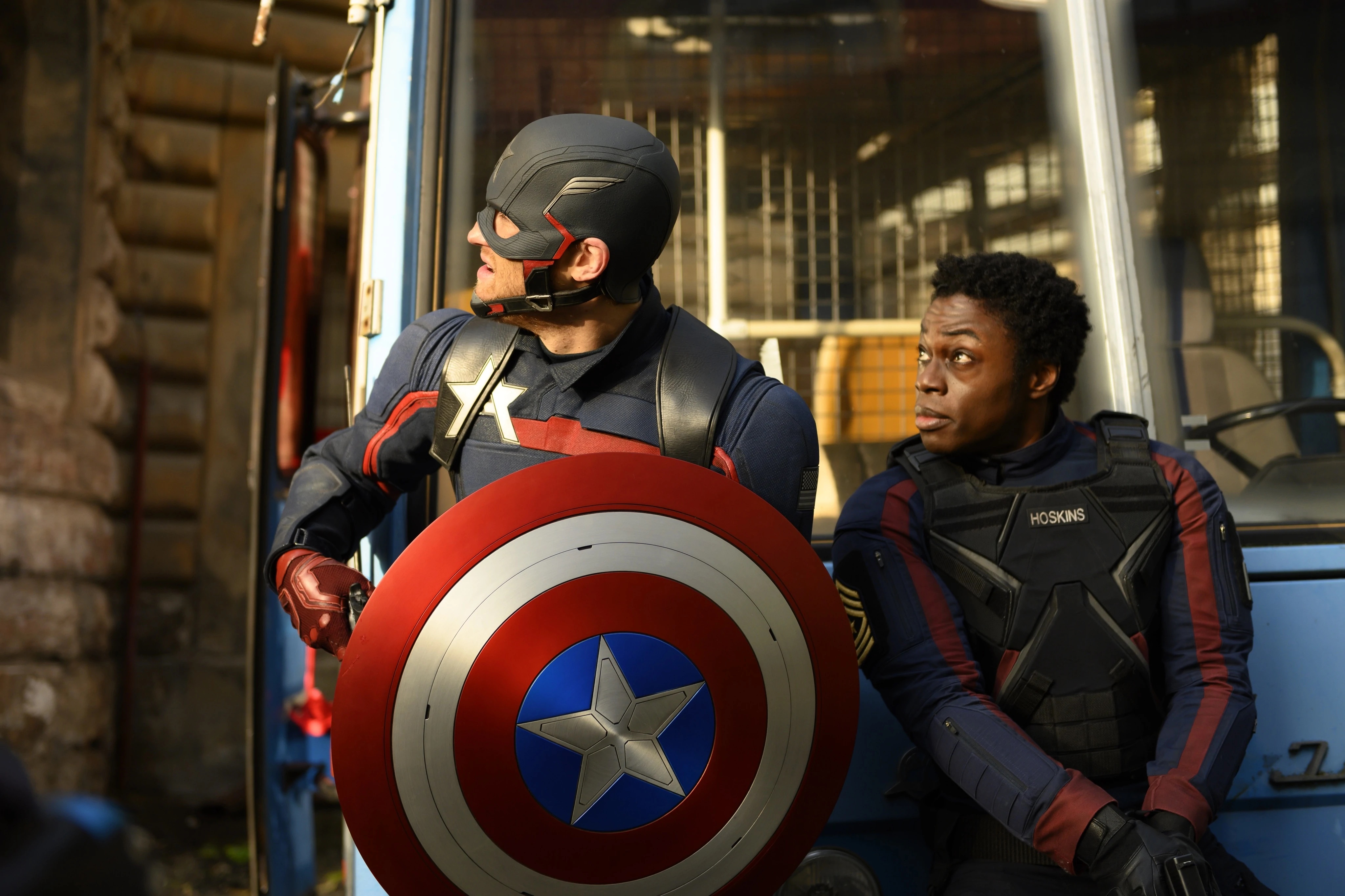 Roughly 13 years have gone by since the release of Iron Man, the film that introduced us to the Marvel Cinematic Universe — that may not seem like a long time, but keep in mind that last year (2020) counted as at least five. This, mixed with the fact that currently 23 movies and two limited series have come out since, proves it’s pretty impossible to undermine the legacy and longevity of the MCU. But as time goes on, this sprawling superhero franchise has seen quite a few major changes. The Avengers ushered in a “Heroic Age” of superhero films, but we now see Marvel attempting to dissect those very heroic ideals that previous films were built on.

We’re four episodes into a Disney+ limited series that aims to take this recent re-examination to new extremes. “The Falcon and the Winter Soldier” has been poking and prodding the very idea of what it means to be not just a hero, but a legend. Yet the show has also been paying close attention to the more human aspects of these characters to great effect.

TFATWS’s expert handling of pre-existing MCU familiars Sam Wilson (Anthony Mackie), Bucky Barnes (Sebastian Stan) and Helmut Zemo (Daniel Brühl) is a key factor in what’s been driving continued interest in this story. Each of these characters have become far more multi-faceted and dimensional with deeper backgrounds that build off of our previous knowledge and even misconceptions about them from the films.

That said, this week’s episode is a little different. While we’re still handed plenty in the legacy department, the show offers an entirely different aspect of humanity for us to consider: our general concept of right and wrong.

SPOILERS FOR “The Falcon and the Winter Soldier” Episode 4 BELOW!

This week’s episode, titled “The Whole World Is Watching,” is as action-packed as ever. Bucky and Sam have to watch out for a deranged John Walker, a slippery Zemo, and the Dora Milaje from Black Panther. You know, the army that didn’t even seem fazed when Thanos tried to invade Wakanda in Avengers: Infinity War.

So it’s safe to say that the duo already had their hands full before the episode even got into its dabbling with morality. TFATWS dives headfirst into asking a question I was hoping the series would eventually get to: if not even heroes are perfect, how can we know when they’re in the right?

It’s a question that harkens back to the original idea of your comic book heroes in the earliest days of the medium. Superheroes were literally invented to be beacons of light against a harsher reality plagued by The Great Depression and World War II. They were purveyors of truth and justice, they stood in front of evil and pushed it back using nothing but their might, courage, and either a handful of gadgets or superhuman abilities. There’s no better example of this than the super soldier himself, Steve Rogers.

Even before Chris Evans brought the character to modern cinema, the “Star-Spangled Man” was a mainstay of comic book shops around the world. This was the superhero who wore pride on his chests and essentially became the grandfather of classic superhero ideals. Aside from Superman, no comic book hero quite compares to Steve Rogers’ prolific sense of truth and moral responsibility. It’s a fact that even resident hero-hater Baron Zemo acknowledges in TFATWS, though he also points out how there’s never been another Steve Rogers in the MCU continuity, an incorruptible recipient of the super soldier serum.

Still, TFATWS has also acknowledged that even Steve has gotten it wrong sometimes, depending on how you might look at his actions. In fact, Captain America: Civil War was all about how there can be some people on the side of good who don’t fully agree with Steve’s approach to saving the day. This way of thinking about right and wrong, good vs. evil, isn’t original to TFATWS. If the pre-Avengers movies borrowed more from the “Golden Age” of comic stories — introducing fantastical heroes with the power to fight for good the old-fashioned way— then in recent years, the MCU has arguably taken more notes from the “Bronze” or “Modern Age.” It takes more time to mix in complicated, social commentary, and it’s been playing with ways to present these mythic people as people.

A great example of this can actually be found in the previous episode’s handling of Sharon “Agent 13” Carter. I left her out of the discussion last week due to time and topic, but her story is extremely important to this week’s story and probably the show in general. Sharon was another member of “Team Cap,” who was forced into hiding after the events of Captain America: Civil War. But as we learned in Episode 3, she didn’t get the same kind of tidy ending. While Sam and Bucky were eventually pardoned for their actions thanks to their role in Avengers: Endgame, Sharon wasn’t offered the same deal for whatever reason. Forced to stay hidden in Madripoor, Sharon has gone full-on criminal due to her siding with Steve.

It’s a tragic realization that calls back to the moral grayness of Civil War. It also ties into how Zemo’s role in the MCU originally came to fruition. Zemo was also wronged thanks to an Avengers-related event, specifically the loss of his family due to the events of Avengers: Age of Ultron, a crisis that only happened due to the recklessness of Tony Stark and Bruce Banner. While this tragedy doesn’t excuse Zemo’s subsequent, extreme behavior, it certainly explains it and adds dimension to his villainy. A quick line Zemo makes about his deceased son reminds us why this mann hates the Avengers and all superpowered beings with such an intense passion.

Finally, you have Karli Morgenthau. As the central antagonist of the series, Karli and her gang of Flag Smashers are constantly stirring up trouble for Sam and Bucky. But TFATWS makes it a point to show us that these aren’t just mindless terrorists hellbent on destruction. Tying into the idea of humanity, the show reveals more about the Flag Smashers and their ideals. Karli’s reason for what she’s doing is simply because she, along with countless others, were cast aside by their governments following the Blip. With nowhere to go, she’s chosen to fight rather than stay down. It’s an idea that harkens back to Thanos and his reason for wanting to erase half of the universe in the first place, and it actually dares to ask whether or not the Mad Titan had a point.

After all, where were the heroes when people like Zemo and Sharon Carter needed help and understanding? Why wasn’t there a better solution after the reversal of the Snap sent poverty levels skyrocketing? From a viewer’s perspective, we know it isn’t that simple. We’ve seen the constant growing threats that the Avengers have constantly had to face, and it makes sense why their minds were often elsewhere during and after these events. But that’s not what characters like Karli and Zemo see. They see a world in shambles, and individuals with incredible abilities who seem to be doing more harm than good.

Neither opinion is completely right or wrong, and “The Whole World Is Watching” doesn’t try to side with any one perspective all the way. It’s simply showing the reasoning of multiple sides, then commenting on these differences through the perspective of Sam, the only character who seems genuinely interested in giving even his enemies a chance. Sometimes, what we see isn’t the whole picture. Sometimes, simply wearing a costume and giving yourself a title doesn’t make you a superhero. The final scene of the episode makes this quite clear. It’s a crushing moment, as we see a Flag Smasher who grew up idolizing Captain America get brutally, horrifically murdered by a dark reflection of his favorite hero.

Episode 4 of TFATWS shows us that being a hero is a lot more complicated than it sounds when propped up by neat stories written for a different era of comic book mythology. Even if you’re set in your morals, there are going to be people who don’t agree with them. Sometimes, they’re friends, and sometimes, they’re enemies. Sometimes, like in the case of Sam and Karli, you could be fighting for the same thing but with polarizing methods. This dissection of a hero’s moral complex is exactly what makes TFATWS so interesting compared to the MCU stories we’ve seen before. With just two episodes to go,  I can’t wait to see how they start to wrap things up.