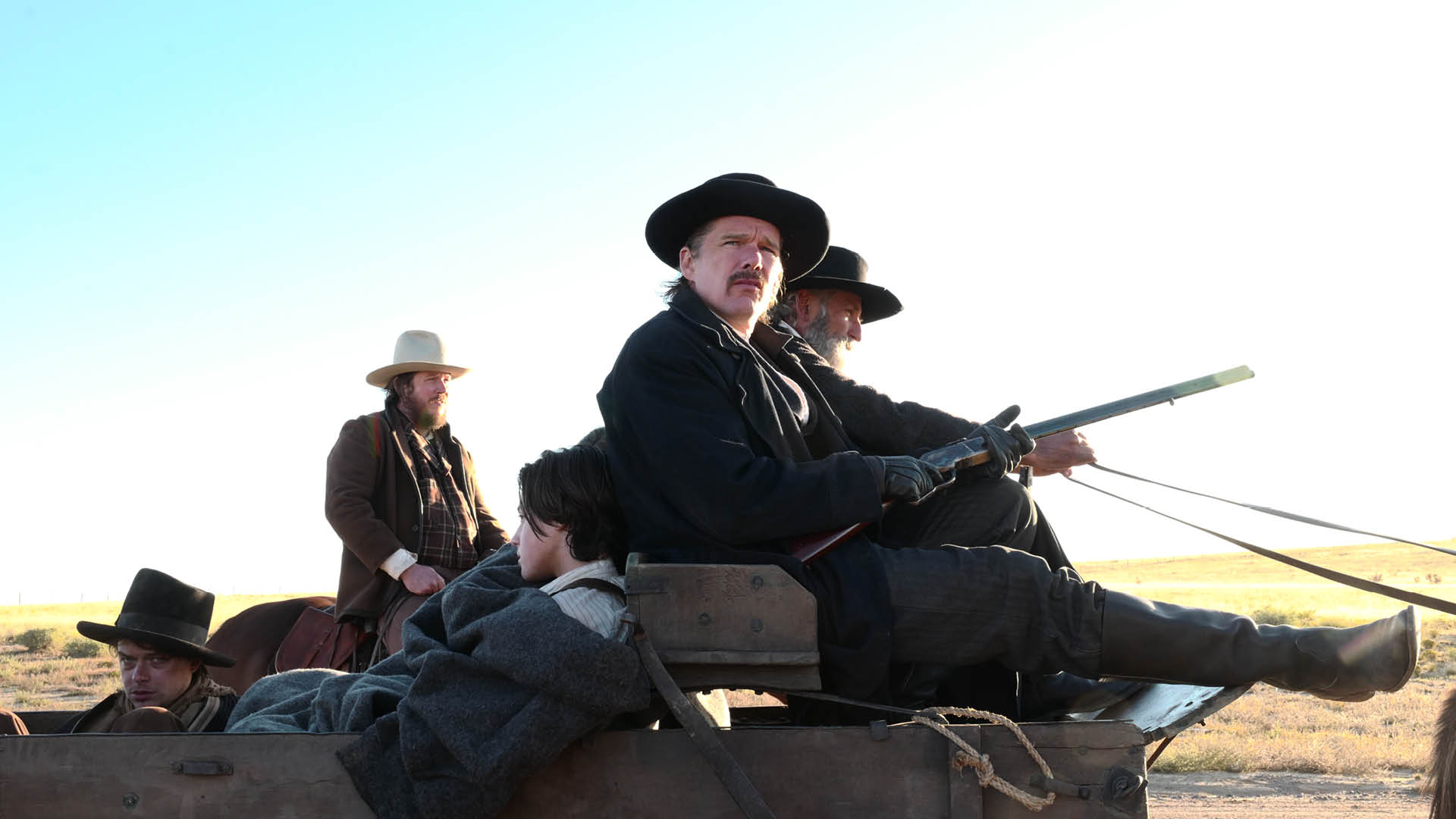 ‘The Kid’ Review – The Old West Has Some New Storytelling Problems

At one point in The Kid, a new western directed by Vincent D’Onofrio, someone utters the tremendously bold statement, “It only matters the story they tell when you’re gone.” With all due respect to real-life outlaw “Billy the Kid,” you probably deserve the story this film decides to tell about you.

Throughout the history of cinema, Billy the Kid (born Henry McCarty) is a familiar persona, often emblemized as the smooth-talking gunfighter who, well, murdered a lot of people before his final showdown with Sheriff Pat Garrett. I Shot Billy the Kid (1950) might be McCarty’s most iconic screen presence, but dozens of other films dating back to the silent film era depict Billy in a host of different, tantalizing ways.

For that reason, it makes sense why screenwriter Andrew Lanham (The Shack, The Glass Castle) would decide to remix the well-worn tale through the eyes of a new protagonist removed from the pages of history. In this case, that’s 14-year-old Rio (Jake Schur), who encounters Billy the Kid (Dane DeHaan) and his fellow rebels after murdering his abusive father and escaping with his sister Sara (Leila George). Their equally insidious uncle (Chris Pratt) is hot on their tails, but matters complicate when the same can be said for Sheriff Pat Garrett (Ethan Hawke), who has tracked Billy and his men all the way from Santa Fe.

The first half of The Kid is certainly a movie hinting at greatness. It dabbles in revisionist history that lives up to the spirit of reality without defaulting into the mundane details. It’s easy to forgive Schur’s blank performance because it’s so effortlessly overshadowed by DeHaan and Hawke, who clearly did their homework and strike the right balance between cinematic tribute and innovative showmanship. There are ample moments when the two actors appear to even compete with each other on a meta level that injects pure life into what would otherwise be a dopey thriller.

The second half of The Kid is a wounded limp by comparison to the preceding sprint. The split second Schur is tasked with the arduous duty of inheriting the film’s narrative drive, The Kid immediately falls apart under its own sun-scorched sweat. Add this to a host of other filmmaking issues that range from poor editing to an infuriating pace that draws too much upon the lackluster charisma of everyone who isn’t based on a real person.

At 100 minutes, The Kid is immersive enough on first watch, even if it does deteriorate its earned goodwill over time. Director Vincent D’Onofrio (his second film in nine years) has his reserved cameo, of course, serving as a mini reunion between him, Pratt, and Hawke from the most recent remake of The Magnificent Seven. And it’s enjoyable to see at least a spark of range for Pratt, who hasn’t taken a role this villainous since perhaps Passengers (in which he’s only an implied menace), and then Wanted even farther back. Here, Pratt is given a chance to reach beyond his safe branding and take a turn for the brutalizing.

The pure story, meat, and bones of The Kid has a ring of meaning that would work wonders with a different slew of actors, and maybe a more polished draft. The heart of the matter is Rio’s tug and pull between becoming an outlaw or confessing his sins, but there’s no satisfying resolution to be had by the time the credits abruptly roll. Instead, The Kid comes across as a missed opportunity, because if you’re going to invent this much history, why not make it at least a little more exciting?