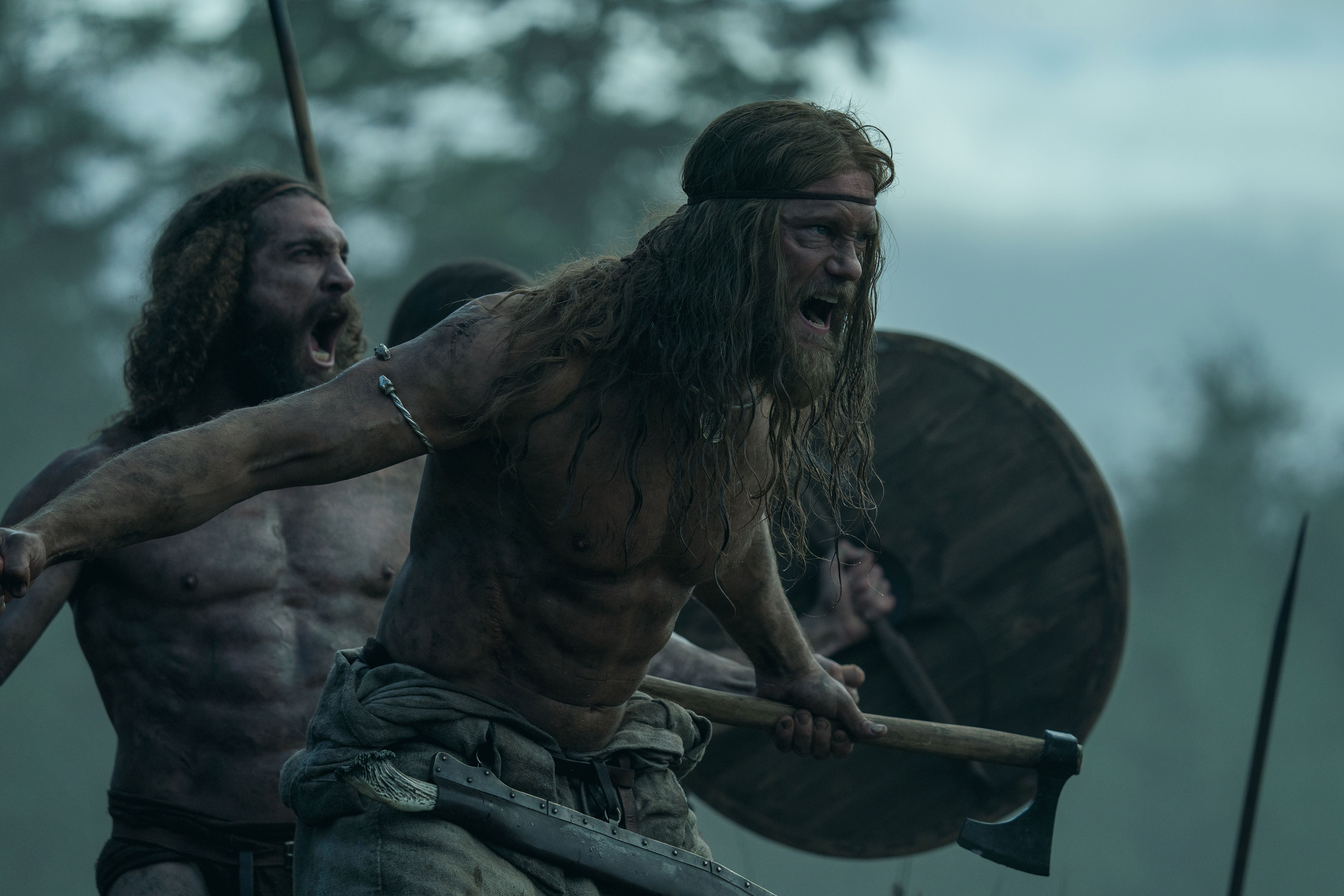 ‘The Northman’ is the brutal, transportive blockbuster we need right now

Home » ‘The Northman’ is the brutal, transportive blockbuster we need right now

Over the course of nearly a decade, Robert Eggers has cemented his status as one of our most accomplished early auteurs. He’s a novice storyteller who already commands a recognizable style, vision, and sense of time and place beyond his experience that places him as one of cinema’s most daring and daunting raconteurs. That he often tells stories well beyond the current century shows that Eggers is, at once, a man of the past and a man of the future.

Telling esoteric tales of mania and spiritual awakening and the thin line between the ethereal and the fantastical, Eggers spins yarns of lust and divinity in lands of oppression and introspection, which are dependably crafted with such exquisite and dizzying craft, it’s no wonder audiences can be as impressed with his work as they are disturbed or divided. With The Witch and The Lighthouse, Eggers became adept and advantageous in his ability to project arthouse-friendly visions of possession and paranoia into a culture that thirsts for awe-inspiring imagination, notably in a century-old medium that’s drained of its divine potential in our creatively-bankrupt IP-riddled era.

Now, with The Northman, Eggers’ first (and maybe last) voyage into blockbuster filmmaking, the A24-friendly filmmaker tests the Focus Features waters of his deeply-audacious lens to create a brazen, brutal Viking revenge saga that matches the boundless scope and scale of his proven eye. The resulting $90 million behemoth is one of the most inspiring and emboldening cinematic works in years. It’s a director-driven work on a giant canvas that shows what blockbusters can or should be when placed inside a true artist’s control.

Once again telling a centuries-old folklore that will blur the lines between fact and fable, Eggers graphs a straightforward story of bloodlust, nobility, machismo, and, of course, revenge onto a fantasy epic that captures the director’s signature attention to time and detail on a scale that far exceeds the budgetary limits of his past films. Based on the famous Scandinavian lore that once inspired Shakespeare’s Hamlet, The Northman follows Amleth (played as a child by Oscar Novak and an adult by Alexander Skarsgård), the child prince of King Aurvandil War-Raven (Ethan Hawke) and Gunrun (Nicole Kidman), who undergoes an initial ritual that will seal his fate for decades to follow.

Performed by Heimir (Willem Dafoe), this ancient ritual gives Amleth the fortitude to assure his patriarch that, if injustice should prevail, he’ll do what’s right to assure that his family is avenged and that honor will be restored. Especially in deprived times of grave uncertainty, Amleth fully embraces the course through which his life will be lived, which is actualized when King Aurvandil falls under the blade of his treacherous uncle, Fjolnir (Claes Bang), who’ll take Gunrun as his queen and order Amleth to be slain. Fleeing for his life, Amleth makes a vow that will follow him throughout his war-bound life. He’ll strike vengeance for his father. He’ll save his mother. And he will kill Fjolnir. Thus, Amleth’s life has taken shape. He’s a man on a mission. No longer a child. No longer a boy. Amleth must journey into the unknown to live out his destiny.

From there, The Northman continues to interweave the familiar and the fantastical by adhering to the traditional structure of a revenge saga, while still allowing plentiful room for inversion and depth to be found in hypnotic, hallucinogenic sequences that expand the mythos of this savage world. Showing us the deities that lurk in the shadows of depravity, Eggers only continues to stress his interest in exploring the relationship between nature and the metaphysical. Found amid grungy, mud-sloped men of immoral principles are majestic and magical moments of cunning witchery.

It’s as tantalizing as ever to witness the fusion of Eggers’ focus on the supernatural seen in The Witch with his wicked love in following the derangement of unbridled males that notably went to delirious, hilarious lengths in The Lighthouse. While never quite as darkly funny as the latter nor as haunting as the former, The Northman is undeniably Eggers’ film. It retains his meticulous detail, his love for allegorical dreamscapes, and the desire to unravel man’s perverse need to retain and/or reclaim his primal masculinity. But what’s most stunning about The Northman is how Eggers never once falters in making it entirely his own, even when he crafts a movie that’s more accessible and entertaining in the process.

While The Northman can sometimes fall victim to its workmanship—as some sequences can be drawn out to the point where you start to think about the actors and filmmakers making the film, rather than be immersed fully in the movie itself—Eggers is nevertheless able to retain the spell by assuring that each and every detail feels locked in his grandiose vision. Nothing feels astray. Nothing feels absent-minded in its decision-making process. That Eggers can maintain such fine care and concern at such a massive level is a truly inspiring feat.

It shows viewers that, at a time when filmmaking is becoming a committee process that’s dictated by quickening deadlines and the busy hands of meddling producers, Eggers is one of the last fortifiers in preserving the art of blockbuster cinema as a work of authorship. While The Northman is a movie that belongs to many, it’s undeniably borne of Eggers’ vision, and it went to dramatic and daunting lengths in order to be realized. To see such mature, awe-inspiring work at this size and scope makes one feel hopeful about where cinema can go when directors are allowed to wield this level of power.

Aided mightily by Skarsgård, who also produces, snarls, sneers and lurks about with deft physicality and brutish subtlety, The Northman showcases a director adapting one of the great classic stories as only he can, and showing us what the future of blockbusters can be when we allow these type of storytellers to make haste, and not gently. The result being a film that’s entirely grand but also singular in its pursuit. Only if we get more movies like The Northman will cinema thrive. But if we must look solely at the now, then we must appreciate what Eggers has achieved. For only in the movies is Valhöll just a single movie ticket away.

The Northman opens in theaters on April 22. Watch the trailer here.