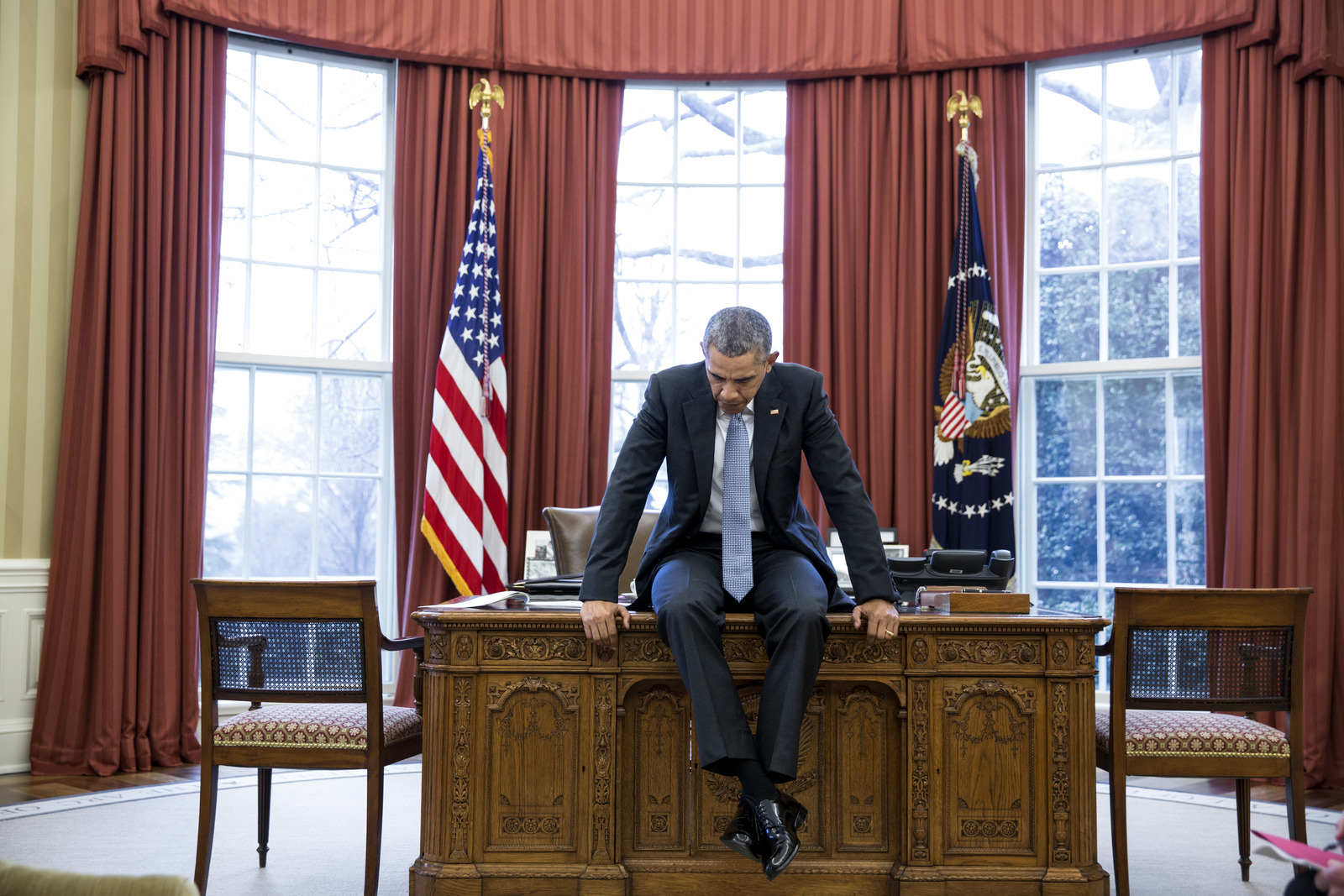 No matter their political persuasion, most people can probably agree that there is a stark difference between the Obama presidency and the current one. Because this is an election year, we’ve been inundated with a seemingly endless stream of new documentaries reminding us of this fact and expanding upon various calls to action leaning one way or the other on who should run the country for the next four years. Perhaps the most unconventional of these recent docs is The Way I See It from director Dawn Porter, which showcases archived stills taken by President Obama’s White House photographer, Pete Souza, who also worked for the Reagan administration.

In recent years, Souza has written two books and run a popular Instagram account where he uses various photos he took from 2009 to 2016 as a way to highlight differences between two very different presidents. The documentary does the same sort of thing, but with Souza as narrator. We get insight into his life, how he got to this point, and what his experiences have taught him about this current moment in American politics. But the real focal point is the president in front of the lens, who is captured in precise detail from jovial, social days to somber and serious ones that would affect any president.

The documentary aims to inspire supporters of the previous president, using potent bits of nostalgia to motivate them into taking action against his successor. Still, the film is decisively centrist, putting partisan ideologies aside in favor of judging the highest office by basic human tenets that should be bipartisan: honesty, authenticity, and moral behavior. There’s no harsh examination of where these former presidents have failed beyond lip service, but instead a proving out of how the rhetoric and persona of a president (including their lack of a performance) can have a ripple effect on American culture for the better, but also on the people around these leaders in day-to-day life, Souza included.

Though heavy-handed in its approach, The Way I See It wisely keeps its preaching from feeling like such. It consistently comes back to what was compelling about the Obama years, particularly his close relationship with family and how he addressed national tragedies. These segments of the film are emotional without being melodramatic, and by the end, incredibly effective and heartwarming. Like Souza himself, the documentary is folksy, unassuming, and fascinating to watch. It helps that these iconic photos are stunning all by themselves, and inserted with near-perfect precision throughout the documentary. You know it’s good when it seems like it could have been easy to weave these shots throughout the piece.

Of course, the divisive politics of our time will prevent many from giving The Way I See It a chance, even some left-leaning viewers who probably don’t want to see more of the same hand-wringing over how “wrong” everything is, at least in the way they perceive it. But while watching, it’s easy to see who the intended audience for this documentary is. It’s the Obama faithfuls who’ve lost faith, the Pod Save America listeners who might’ve checked out since 2018, and the “nothing matters anymore” crowd waiting to be reignited with some hopeful storytelling.

This documentary is also for people like me, the oh-so-elusive “Romney-Clinton” voter. Like some in my cohort, we were conservative republicans at the beginning of the Obama presidency. We voted for John McCain and believed the right-wing media’s claims that Obama would be a stain on the presidency. That his policies would bring about the end of America, that he was angry and too inexperienced, that he had no substance, and even that he was anti-American. But as his time in office progressed, we couldn’t help but see through the lies we had been fed for years about this imperfect, but altogether extraordinary man who led with compassion, integrity, and strength.

For those of us who were changed by the Obama presidency in many positive ways, this documentary is a refresher on how that came about, albeit in slow motion. It also empowers a newfound respect for the office, one that has been hard to hang onto amidst all of the chaos flung by our current leaders. This documentary helps slow down all the mania with its quiet, moving portraits of a White House that was once occupied by a president.

The Way I See It opens in limited theatrical release on Friday September 18, 2020