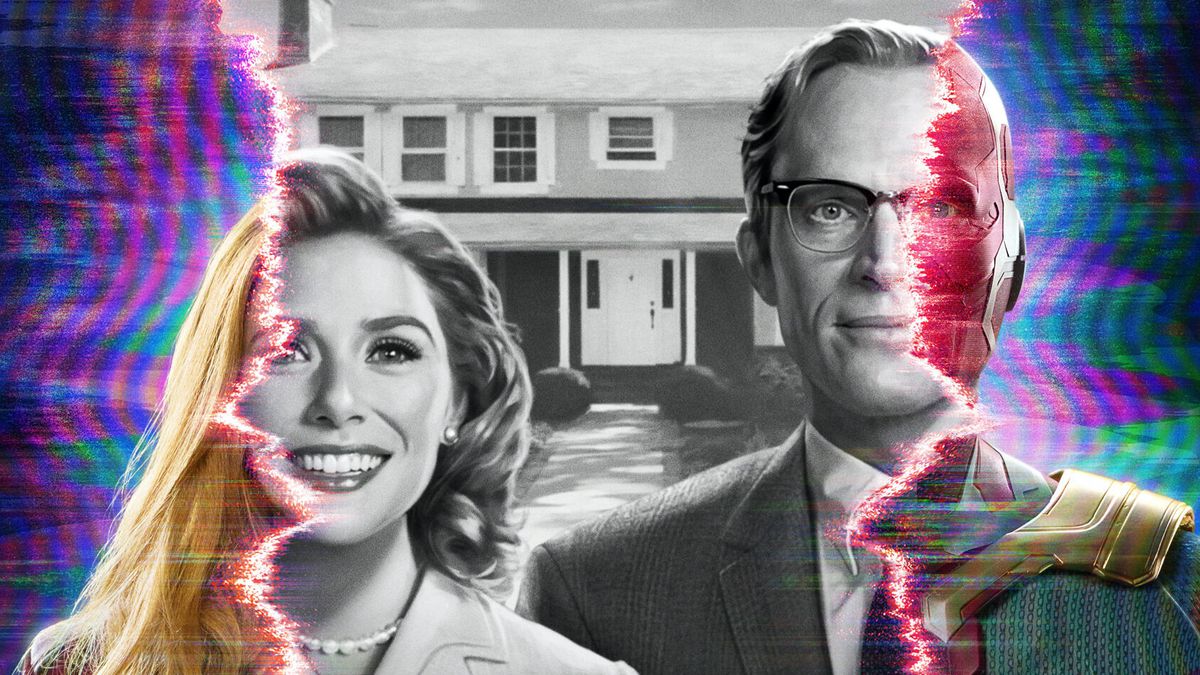 ‘WandaVision’ Is Different And Familiar All At Once

By Adonis GonzalezJanuary 20, 2021No Comments

Home » ‘WandaVision’ Is Different And Familiar All At Once

For those unaware, “WandaVision” is the newest project from Marvel Studios, and it’s the first in a long line of miniseries that all share a connection to each other and the greater Marvel Cinematic Universe. It follows everyone’s favorite odd couple — Wanda Maximoff and Vision (last name not included) — after the events of Avengers: Endgame. Back when this idea was first announced, it was met with excitement from some and exhaustion from others. I’m only a little bit ashamed to admit that for a while, I landed on the latter.

“WandaVision” was announced all the way back in 2018, which feels like a lifetime ago despite only being three years. This was a time when you couldn’t stop hearing about the MCU. Infinity War was out, Black Panther was a revolutionary success, and Disney was given their yearly reminder of how genius a decision it was to purchase Marvel Studios in the first place. Don’t get me wrong, I’m a huge Marvel fan, but even I was starting to suffer from “MCU fatigue” as the years went by and their lineup just grew more and more intimidating.

All that came to a screeching halt, however, in just the worst way possible. Thanks to events that I’m sure we’re all more than well aware of, Marvel had to put a temporary pin in their release plans, completely shifting their schedule. 2020 became the first year since 2009 to not have a Marvel movie. A fact made only more glaring after comparing it to the previous two years, which had three Marvel movies each. Because of this, “WandaVision” is the first piece of new live-action Marvel content we’ve had in well over a year. And man, is it a welcoming return.

Before I dive into how I feel about the show, let’s get into the basics.

WARNING: SPOILERS FOR THE FIRST TWO EPISODES OF WANDAVISION FROM HERE ON OUT.

“WandaVision” sees our titular heroes once again played by Elizabeth Olsen and Paul Bettany, now seemingly stuck in a classic 50s style sitcom, complete with black and white coloring and a laugh track. Things seem completely normal at first, aside from the fact that Wanda still possesses powerful magic and Vision is still, well, a sentient A.I. As events transpire, however, it becomes pretty apparent that this quaint little town isn’t all it seems.

Let’s be clear. “WandaVision” really, and I mean REALLY, plays into the family sitcom idea. It isn’t just for show, the majority of the miniseries so far feels like a regular old sitcom about a magical couple trying to be “normal” as they settle down in the suburbs. It even has cute little “Desi and Lucille” inspired commercial breaks to really drive the point home. It’s this attention to detail and appreciation of classic sitcoms that makes the show feel genuine and not like a parody of the genre. It also makes it that much more unsettling when the fourth wall is all but collapsed and the viewers along with Wanda and Vision realize that something just isn’t right about their situation.

These story-breaking moments don’t occur as often as you’d expect, but they are there, and when they do finally arrive it leaves a creepy feeling in your head that’s likely to stay with you well into the next episode. The show is somewhere in the middle of “early sitcom love letter” and “kind of scary psychological thriller that’s just waiting to burst at the seams.” And as polarizing as those ideas might sound, “WandaVision” actually manages to maintain a healthy balance. I can definitely see how the merging of these ideas can leave viewers, especially new ones, feeling a bit confused and lost at times. But Wanda and Vision also have no idea what’s going on, so that seems to be the point.

No matter how you cut it, Marvel really allowed themselves to get weird and downright eery with “WandaVision,” and for me it just works perfectly. There were moments when I hadn’t even finished laughing at a gag before the mood changed drastically, and I was reminded that this isn’t actually a heartwarming family sitcom. But among the swarming sea of emotions that “WandaVision” left me with in just its first two episodes, the emotion I was most happy to find myself feeling was familiarity.

The moment Wanda and Vision showed up on screen, I was instantly reminded how much I loved spending time with these characters, and how long it had been since I’d done so. Suddenly that MCU fatigue was practically nonexistent. You know when it’s the holidays and your favorite cousin is visiting? The one you haven’t seen in a long time? You know it’s been years, and you missed them, but once you guys officially get back into the swing of things, it feels like no time has passed at all. “WandaVision” evokes that same feeling. But just like when that favorite cousin breaks the news that they’re having a child, or they got a promotion at their very adult job, “WandaVision” hits us with the same shock. It grabs its viewers by the fuzzy black and yellow sweater, tells us that time has passed, and then things are just different.

Just how different has only been teased in these first two episodes. But with Wanda’s ever-growing abilities, and the inclusion of Monica Rambeau and allegedly S.W.O.R.D, “WandaVision” definitely seems ready to push the boundaries of what we think is possible in the MCU.