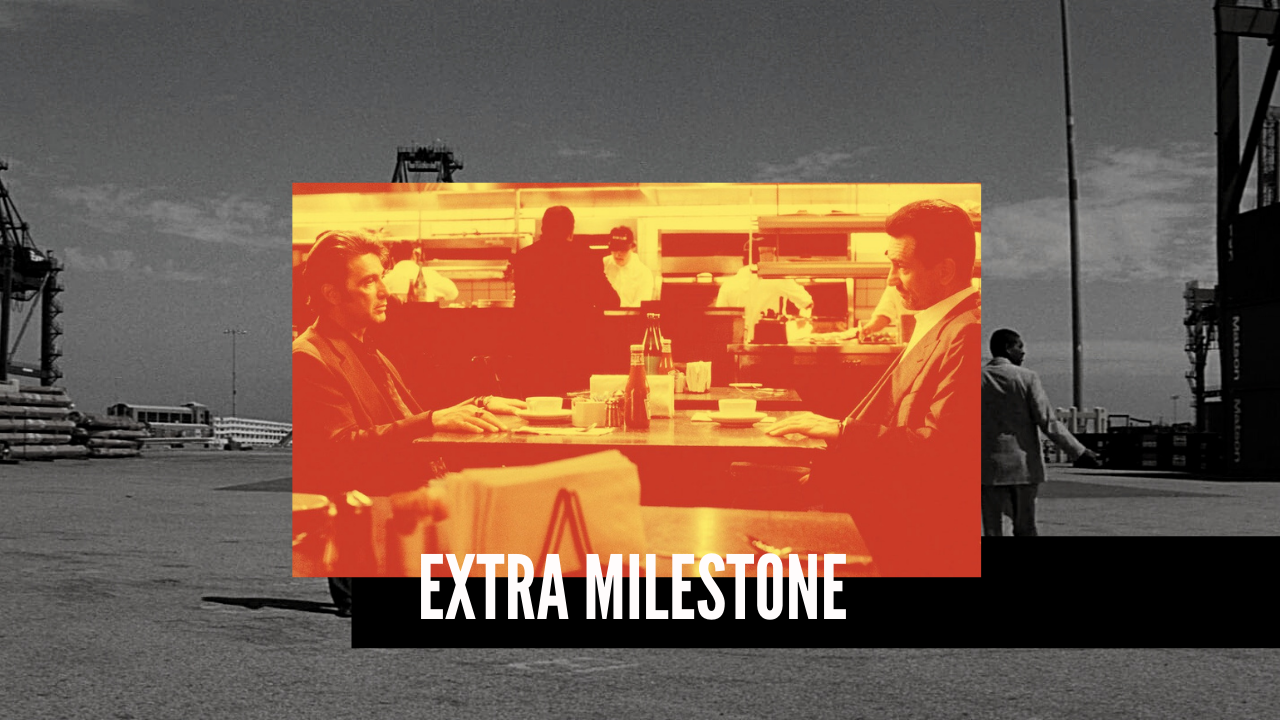 This week on Extra Milestone, I’m joined by returning guest and fellow cinephile Andrew McMahon to break down an enticing double feature spanning numerous decades and genres. First up is a cinematic and musical appetizer in the form of Gimme Shelter, the iconic Rolling Stones documentary directed by Charlotte Zwerin and the Maysles Brothers, chronicling the doomed Altamont Speedway concert outside of San Francisco in December of 1969, a tragic failure that swiftly signaled the downfall of the Counterculture Movement. After that, we jump forward to Michael Mann’s Heat, a stylish and captivating crime drama featuring the first onscreen collaboration between Al Pacino and Robert De Niro, and which has maintained its legacy as one of the best films of its kind.

NOTE: Andrew mistakenly refers to the late Brian Jones as ‘Brian Taylor’ early in the show due to a confusion with Mick Taylor, Jones’s replacement band member.

MUSIC IN THIS EPISODE: “Gimme Shelter” by The Rolling Stones, “God Moving Over the Face of the Waters” by Moby