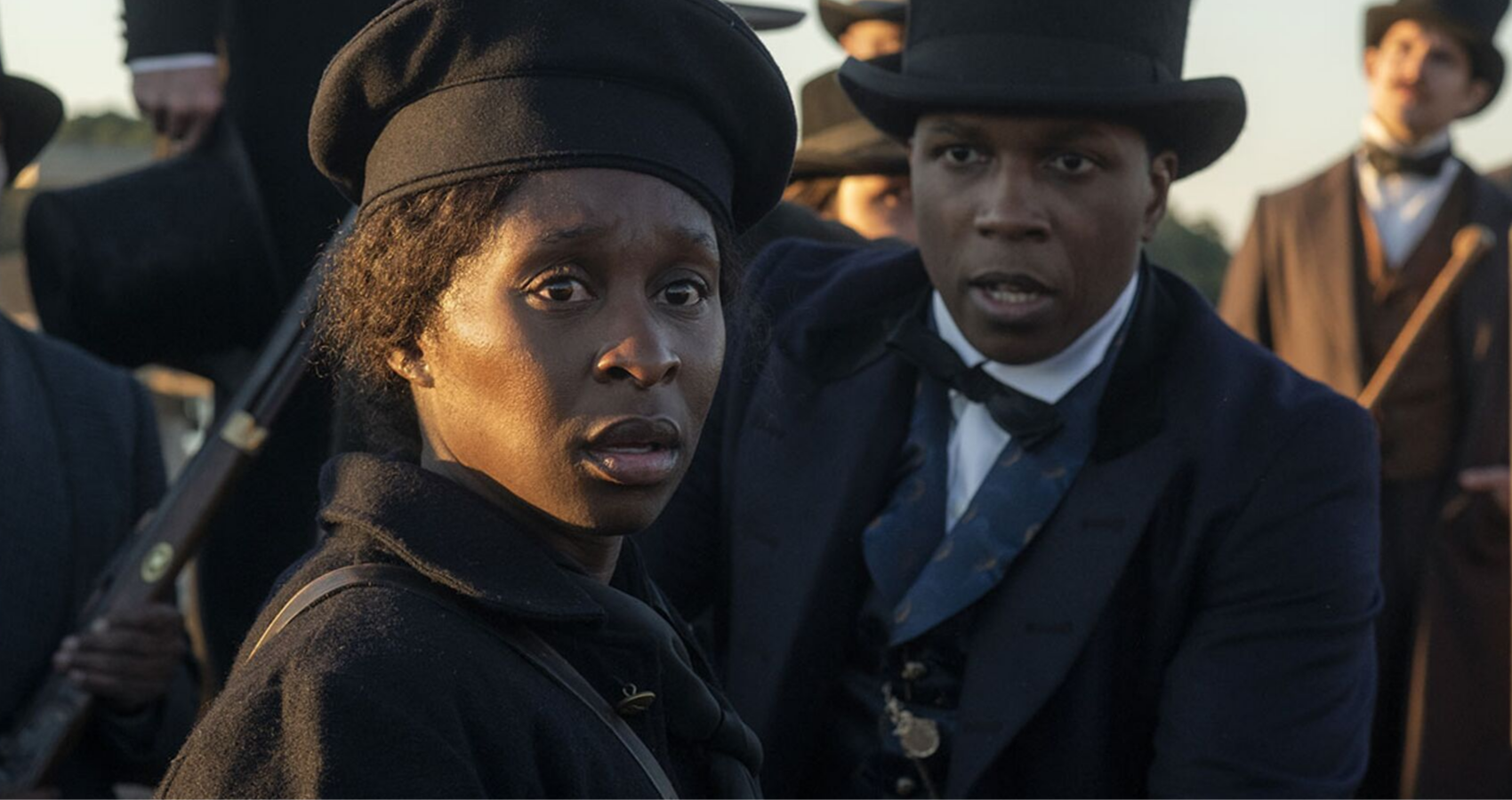 Gregory Allen Howard has been working on bringing the story of Harriet Tubman to the big screen for over 20 years. Despite Hollywood’s dismissal of his script, Howard continued to persist in getting his film made, and he finally found a partner in director-writer Kasi Lemmons. We talked to the legendary screenwriter about what it took to get the story of such a historical figure to the new biopic Harriet.

What aspect of Harriet Tubman did you find most challenging to portray in the Harriet script?

GAH: That’s tough, but I think what was very important was to show her humanity because otherwise you’re just dealing with an icon and that’s tough. So, we wanted to show some of her insecurities and her vulnerability. Kasi [Lemmons] did a great job of exhibiting more of those human qualities and kind of pulling her down from the clouds. That’s what I really wanted to portray, was that even she had moments of insecurity and doubt.

GAH: A director-writer has the ultimate say about what you’re going to see onscreen. That’s really it. It’s not so much writing together as it is saying, “This is what I want to do with your script,” and I’m fine with that. At a certain point, after all these years, I’m happy to sort of turn it over and let someone else chime in. You get tired at a certain point.

Can you speak a little about what made you two want to focus so much on Harriet’s faith in this biopic?

GAH: Well, I don’t think it’s any secret that the enslaved people were deeply religious. The problem is that probably 90% of the slaves were illiterate, so they couldn’t really read the Bible. They relied on their white masters or black preachers who were given scripts and memorized them. In any religious canon, you can cherry pick parts of it. People do it with the Quran as well. You can cherry pick any religious text to support almost anything.

The insitution of slavery and the people who owned slaves focused on was “obeying your earthly master.” So, of course they’re going to focus on that and they tell the slaves that. They had to always work on controlling this mass of black people because there was always more of us than them. That was one way they perverted Christianity and Harriet saw the perversion as a way to control slaves. They tried to make them accept slavery as if it were Biblical, which it wasn’t. It’s mentioned in the Bible, but what they were referring to was what we would call today employees.

If you read the other parts of the Bible, what they were talking about was how to treat workers, just as we would consider them today, not slaves. This concept of slavery, the idea that you’re supposed to beat, own, and abuse people, none of that is in any of the Abraham religious texts.

Was there any particular research that you did while writing this script that you found interesting?

GAH: When I began writing this script, we didn’t have internet or Wikipedia, so I had to read a lot of books. I majored in history, so this was my first love. There wasn’t a lot on Harriet when I began working on this over 20 years ago, in terms of hard-ball academic research. That is fairly new.

There were a bunch of children’s books and young adult books about what I’ll call the “mythology of Harriet Tubman,” but this woman [Katherine Clifford] Larson wrote her doctoral dissertation that was a very factual look into Harriet. One of the facts that came out of that and surprised me was the fact that Harriet was married to a free man. That’s pretty damn amazing when you think about it.

Why do you think it took so long for people to take Harriet’s story seriously in academia and in mainstream film?

GAH: In terms of academia, I can’t tell you. They study everything. I come from a family of academics and I can’t begin to tell you why they didn’t study her for so long. [Henry Louis] Skip Gates at Harvard is arguably one of the greatest black historians and he just wrote a book on the Reconstruction. There’s always this constant reexamining the past as historians do.

In terms of why Hollywood didn’t make it for so long, that’s because the whole environment had to change. People see things now and say this film fits in because there are several black movies a year, almost one a month. In other words, Hollywood has become more diverse in terms of storytelling. 25 years ago, there was one black movie a year. One of the first in what I can the “New Wave” of black filmmakers for the general market was Spike [Lee]! That was 30 years ago, but he was only making one movie a year and it was just him! Then John [Singleton] came along a few years later. I came along a few years later. It was still only one black movie a year. So, Harriet wasn’t going to get made in that environment. The entire environment had to change. Hollywood had to look at this and be able to say, “Well, it’s just another movie.”

I think fear had something to do with it, too. I don’t know of anyone who was fired for passing on a movie. I know people who’ve been fired for championing a movie and making a movie. That happened every week. So, the safest thing [for Hollywood] was if Greg comes into your office with “his slave movie,” which is how it was referred to, then just nod your head and say it isn’t for you.

Well, it’s still remarkable that you were able to see the making of this movie through until the end even after so many years.

GAH: Yeah, my superpower isn’t the greatest writing talent in the world. My superpower is my persistence. I just don’t give up. This was like one of my children. I spent nine months on it. When people tell me they wouldn’t make it, I’d get indigent and start yelling, but I calmed down. Me and Singleton used to laugh about this because we would do the same thing. You get older and you know when to stop yelling at people. I was a little angry when I was younger, but I’m calm now.

How has writing about Harriet Tubman affected you and how do you hope this story will affect audiences?

GAH: I can honestly say she’s on our Mt. Rushmore of greatest black icons with Fannie Lou Hamer, Muhammad Ali, and [Martin Luther] King [Jr.]. Those are who I’d say, but somebody might name others. I feel not only happy, but blessed that I got to be involved in stories with three of the four greatest black icons, since I’m working on something about Hamer now. I just want to inspire black girls, particularly young black girls. They get to go into a theater and see someone who looks like them and say, “If she can do that, then I can do this.” In the Quran it says if you can save one person, it’s as if you’ve saved the whole world and I believe if you inspire one person, it’s as if you’ve inspired the whole world. So, if I’ve inspired one person in the audience, I’ll be satisfied with that.

Emily Kubincanek is a freelance film & TV critic and a recent transplant to New York City. When she's not writing, she's usually watching really old films no one else likes.