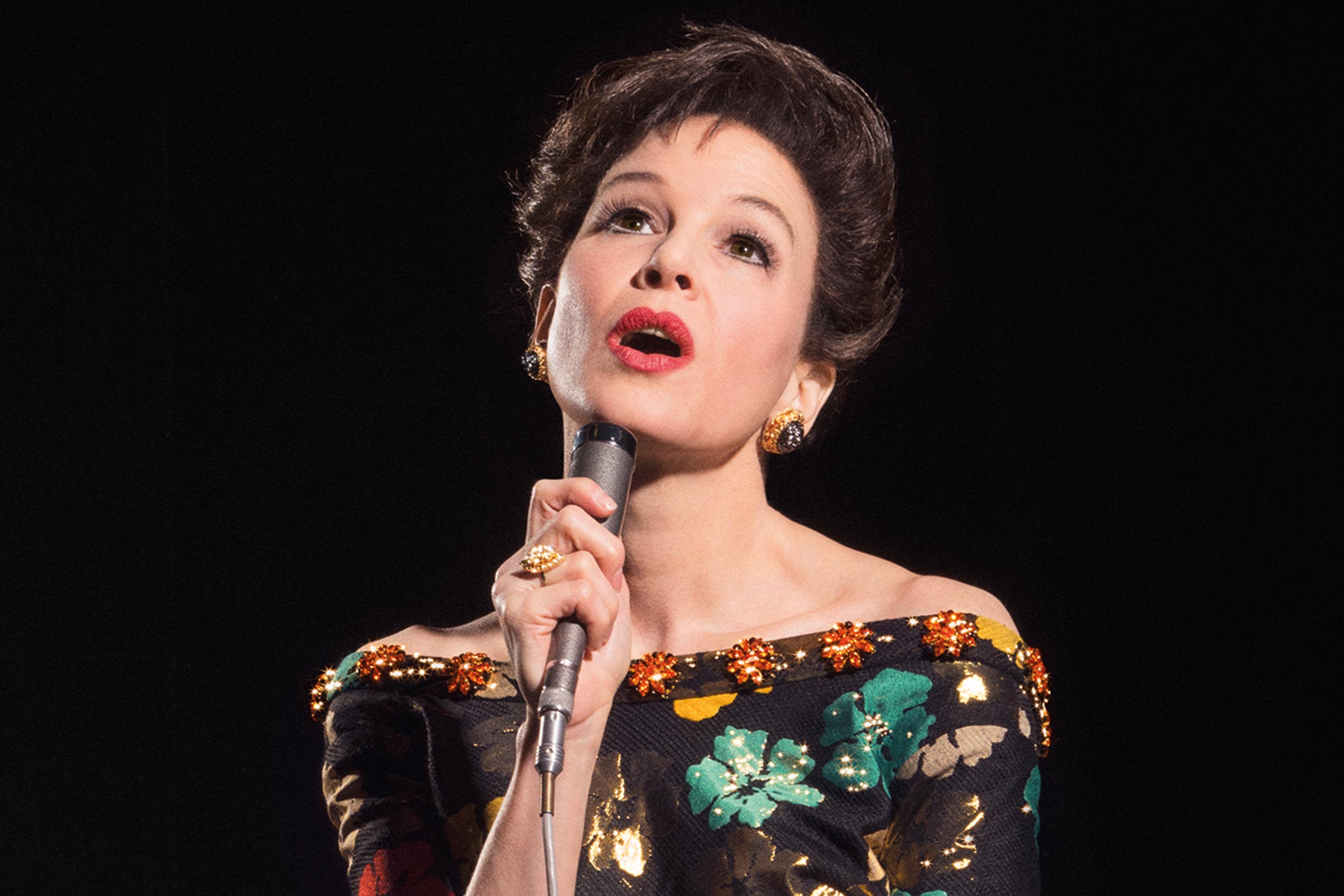 Is ‘Judy’ A Loving Tribute To Judy Garland, Or Is It Merely Oscar Bait?

Home » Is ‘Judy’ A Loving Tribute To Judy Garland, Or Is It Merely Oscar Bait?

The challenge of Judy is to tell us a story we already know. There may have been a time when the true plight of “America’s favorite kid sister” was shocking, but for decades, Judy Garland’s personal struggles have been well-documented. There’s the second challenge of Judy: the portrayal of Garland; to present someone so iconic without slipping into caricature, to portray Garland at her most vulnerable, honestly and without parody. Judy delivers in both areas.

Judy centers on a short period of time between 1968 and 1969. Judy Garland is broke, out of work, and on the cusp of losing custody of her two youngest children. Out of options, she agrees to a run of sold-out shows in London. Flashbacks to her Wizard of Oz days give context to her erratic behavior and dependence on pills and booze. It’s not a comprehensive biography of Garland’s life, nor is it purely a tribute to Garland as a great artist. Rather, it’s a character study of Garland. It’s less about her 45-year career and more about her demons.

Newcomer Darci Shaw gives a standout performance as Judy at a younger age. Jessie Buckley (who recently garnered praise with Wild Rose) plays Judy’s handler. Adding to the cast are Broadway veteran Finn Wittrock as Judy’s love interest, Rufus Sewell as her ex-husband, and Michael Gambon as theatre manager Bernard Delfont. Director Rupert Goold, who boasts a rich resume of acclaimed theatre work, helms Judy, only his second feature film. Costume designer Jany Temime (who worked on six out of eight Harry Potter movies) grounds the film in the late 60s and captures the polarity of “showbiz Judy” versus “mom Judy” at home.

There’s a fascinating duality to Judy Garland in real life. She was celebrated for her doe-eyed, Midwestern innocence even after her volatile, neurotic tendencies came to light. The Richmond Times-Dispatch correspondent Tony Farrell once called her a “grab bag of contradictions” which “has always been a feast for the American imagination.” With Judy, Goold gives viewers the rare opportunity to explore Garland’s struggle in an intimate way, to live alongside her in contrast to the voyeuristic lens through which her pain was gawked at during her lifetime.

While the direction and screenplay (adapted from the Olivier and Tony-nominated stage musical End of the Rainbow by Peter Quilter) deserve some credit for this achievement, the film relies on an estimable performance by Zellweger, who nails Garland’s quirks without mocking them. While Garland was known as “the little girl with the big voice,” her contralto vocal range was fairly limited. It was the stirring pathos with which she infused every song that made her a star. Zellweger — who does her own singing for the film — doesn’t have Garland’s voice (one might argue even Garland didn’t have “the voice” by 1969), but with each number, she gets to the truth of the real woman behind the name on the marquis.

Back to the question of #OscarBait. Was Judy practically made for the Academy? In a sense, yes, but Zellweger is never pandering. She doesn’t relish in the tremendous work of playing the role (cough, Leo vs. the Revenant bear); she embodies a performer lauded for making every line and note seem effortless. In prep for Judy, I rewatched A Star Is Born (1954) , and it’s worth noting we haven’t all been merely blinded by nostalgia. Judy Garland really is that good, but it was her natural, easygoing quality that set her apart — as if she really were “born in a trunk.” Zellweger captures this onstage persona while grappling with Garland’s darker offstage reality.

This leads to a criticism. The aforementioned dual nature of Judy Garland is often sacrificed in Judy in order to revel in more tragic set pieces. One moment in particular where Judy takes the stage in triumph is upended by flashbacks to her tortured past. Judy is about the end of Garland’s life and career; still, there has to be hope. She has to be “the Judy Garland” we know at times — even if we also know it’s a charade. As it is, the middle of the film begins to feel repetitive, dragged down by the weight of its own subject matter.

Perhaps the depth of the tragedy in Judy illustrates the even greater depth of her will. Judy finds a weary, used woman looking for love — from men, from her children, from the audience — and finding the strength to go on utterly alone.

Unlike other “rise to fame” journeys we’ve seen in film, in Judy, our hero begins her story with fame. She never pursues it. Instead, she falls victim to it. Judy is about a woman in bondage; to drugs and alcohol, yes, but on another level, to the audience, a slave to fame and to her own, legendary talent.

“I’ve always taken ‘The Wizard of Oz’ very seriously, you know. I believe in the idea of the rainbow. And I’ve spent my life trying to get over it.” -Judy Garland