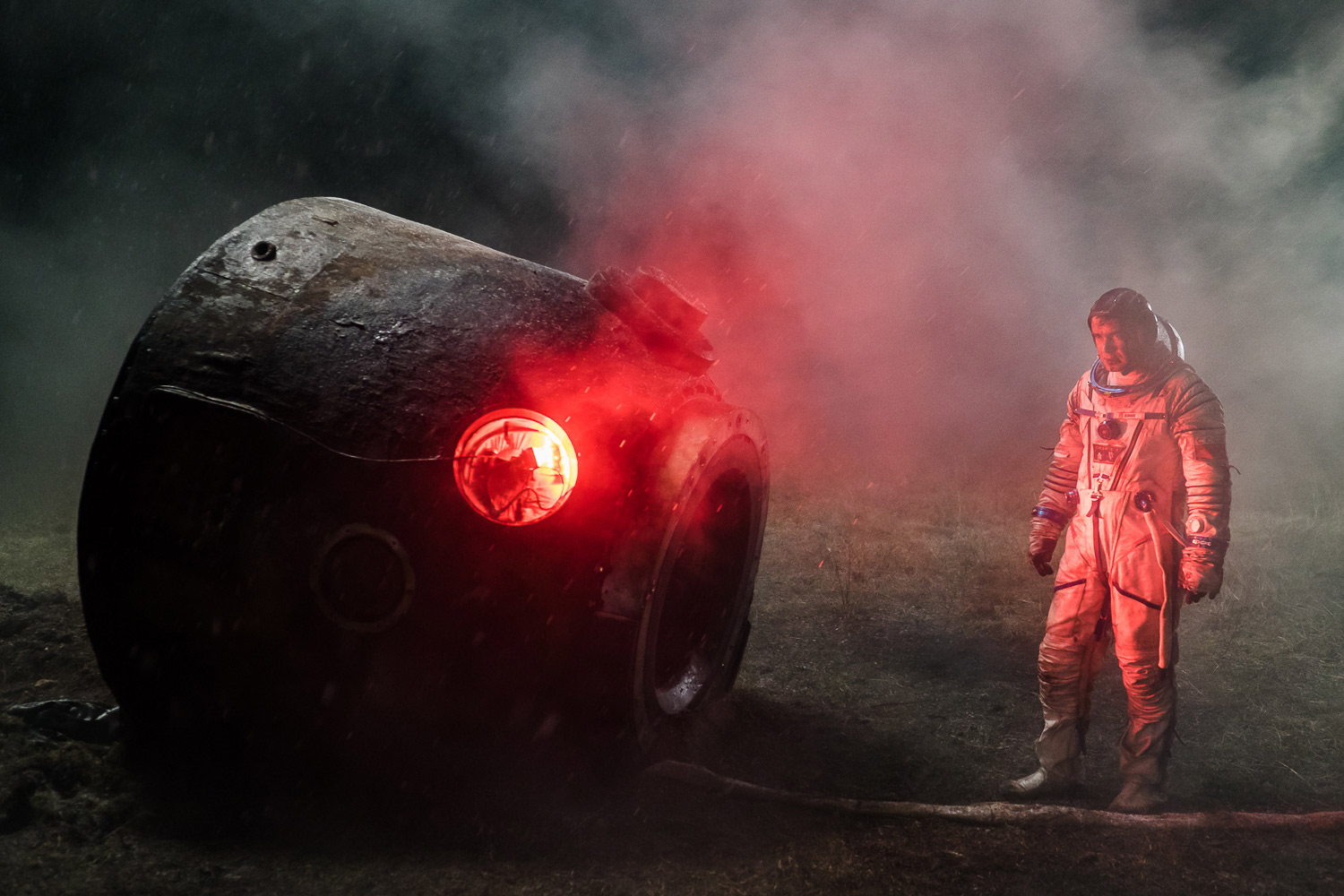 In ‘Sputnik,’ the Alien Horror Movie Reviews You

Home » In ‘Sputnik,’ the Alien Horror Movie Reviews You

Personally, I believe the horror genre doesn’t get nearly enough credit these days. I’ve struggled to figure out just why that is. Perhaps it’s because of the over-saturation of the genre, the fact that there are quite literally hundreds of films to choose from, many of them admittedly not exactly something to write home about. Maybe it’s because even when horror was at its peak, when the big monsters like Dracula or Jason Voorhees spooked audiences during the Halloween season, horror was advertised as something of a niche genre; meant only for those who could truly appreciate the shock, schlock, and gore of a scary movie. Or maybe it’s because no onscreen jump scare could ever compare to the horrors of reality that many of us have to live through on a daily basis. Either way, the horror genre is pretty underappreciated and often times overlooked when awards season comes around.

However, there is one sub-genre that seems to do pretty okay for itself on a consistent basis, managing to bypass the stigmas that typically plague broad horror films: sci-fi horror. Just think about the large number of sci-fi horror films that have reached moderate success and critical acclaim over the years; from big household names like Alien and Predator to more recent entries like 10 Cloverfield Lane and Annihilation, just to name a few. Putting aside the quality of some of these “sci-horror” films (if that has yet to become an official saying, I’d like to coin that term, please), they never fail to draw in large crowds, ready and willing to witness whatever extraterrestrial threat is coming to torment the extremely expendable characters during the film’s runtime. And even the less successful ones stand a real chance to become lasting, cult classics.

But what makes sci-fi horror films so intriguing to so many film lovers? And what even makes a “good” sci-fi horror? Well, hopefully these questions, and more, can be answered with the release of Sputnik on VOD and in select theaters.

Set in Russia during the Cold War, Sputnik is a gripping and mysterious story revolving around a government conspiracy, an otherworldly threat, and one heart-of-gold scientist who wants nothing more than to understand the alien visitor who has (perhaps unintentionally) invaded her homeland. So for those of you playing at home, you may want to start checking some items off of your “sci-fi horror cliché” checklist. Sputnik was directed by Egor Abremenko in his directorial debut. It stars Oksana Akinshina as Dr. Tatyana Klimova, a neurophysiologist currently under scrutiny for her unorthodox scientific methods. It’s these methods that put her under the radar of Colonel Semiradov, military official and resident “Oh, this guy is definitely evil” character.

Semiradov tasks Klimova with watching and diagnosing the condition of a Cosmonaut named Konstantin. After a crash landing that supposedly took his partner’s life, Konstantin was taken to a secret facility, where it became very apparent that he and his fellow Cosmonaut weren’t the only beings to return to earth.

Let’s get something out the of the way, here. If you’re looking for a sci-fi movie that subverts the tropes of the genre, something that takes sci-fi horror and turns it on its head, you won’t find that with Sputnik. Director Abremenko isn’t going for something “Jordan Peele-esque” by trying to deconstruct the genre he’s playing in. On the contrary, Sputnik at times feels more like a love letter to the genre, willfully falling into the formulas that films like Alien helped introduce. For some, that can be pretty annoying.

You’ll find more than a few callbacks to the sci-fi horrors of yesteryear. Whether these are all intentional isn’t very clear, but they are there. From the “Houston we’ve got a problem” nature of the film’s opening sequence, to the many familiar scenes involving Klimova trying her best to understand and even sympathize with the alien creature. But these aren’t necessarily strikes against the film. Horror itself is known for its cheesy and recognizable touchpoints, and sci-fi horror is no exception. If you’ve seen enough movies within the genre, you can begin to see where Sputnik is going with its plot. Though the movie does have a few twists and turns that, while presenting even more questions at times, also manage to differentiate it from other similar works of this nature.

What truly helps to differentiate Sputnik from other Alien clones before it is its chilling Soviet Russia backdrop, and its equally chilling cast. Oksana Akinshina does an amazing job as Dr. Klimova, combating both the rising alien threat as well as the military threat presented by Semiradov, who unsurprisingly wants to use the ET as a powerful weapon against opposing forces in the War. Even Pyotr Fyodorov delivers a thoughtful performance as the decorated public hero turned lab rat Konstantin. It’s these performances that help Sputnik transcend its genre limitations into a more expansive story about what truly makes someone a hero, and what we are both physically and mentally capable of when put through the most stressful of situations.

Warning: Minor spoilers from here on out.

Sputnik’s spooky, slimy alien creature does a fine job representing these ideals. Eventually, the unnamed alien attaches itself to Konstanin, creating a sort of symbiotic relationship where the creature exists inside of him, only coming out to wreak havoc for about an hour and a half each night. It serves not only as pure nightmare fuel, but also as a pretty convincing allegory for our inner fears and how allowing them to grow and fester not only damages us, but the people around us.

Things become even more interesting when it’s revealed that Konstantin, thought to have been unconscious during the alien’s playtime, has actually been aware of his body roommate since the jump, sharing thoughts, feelings, and memories with the creature. The two need each other to survive, presenting the idea that maybe it’s not enough to just ignore or eliminate your “inner monster,” but that you also have to embrace it at times and realize it’s a part of you before you can change yourself for better or for worse. Without getting too philosophical, it’s when Sputnik is presenting these ideas through its story and its characters when the film is at its strongest. Truly, this is what makes it a good sci-fi horror: its purpose and its message. In an over-saturated genre that itself is a sub-genre of an even larger and more over-saturated genre, it’s important that your movie has something to say beyond “Look at that alien melting that guy’s face off. Gross!”

Alien’s purpose is pretty clear nowadays. Not only did it create a lot of the tropes and themes we see time and time again in new sci-fi horror films, it also turned the genre on its head by starring an incredible female character in an industry drowning in testosterone. Sputnik, at least to me, is definitely meant to be a look at right and wrong, and how being a hero and “doing the right thing” isn’t always as black and white as it seems. For what it’s worth, I’m glad the movie didn’t spend too much time explaining where the alien came from or what it even wants beyond feeding on the literal fear hormones of the human race. It’s clear that the creature is just a persona for the message it’s trying to get across. A terrifying persona, albeit one that doesn’t exactly change the game the way the Xenomorph did way back in 1979.

Sputnik isn’t going to change the landscape of sci-fi horror. It doesn’t do anything too big to differentiate or put it above bigger names in its category. But for what it is—a self-contained story about human morality and heroism set within the backdrop of a chilly Soviet Russia during the Cold War—Sputnik is a thoughtful alien flick. One that I can definitely say is worth a look, if you’re brave enough.